The Sharyland Pioneer Diamondbacks, whose season ended two weeks ago in the Class 5A Div. II Region IV final, led the schools of the Big 7 with three players recognized for top awards as well as having 13 first team selections.

Tops on the list is quarterback Eddie Lee Marburger, named the District 16-5A Div. II West Zone Most Valuable Player for his role in propelling the Diamondbacks to their second straight district title and to the fourth round of the state playoffs. Other members of Pioneer’s high scoring offense were recognized as well.

Receiver Joseph Graham Jr. was the Co-Offensive Newcomer of the Year and Mason Villegas was the Offensive Lineman of the Year. Receivers Tristan Castillo and Mike Ramos Jr. were first teamers along with guard Lauro Ramon.

In the same district, the Sharyland High Rattlers had two players recognized for top awards along with 11 who received first team honors. Linebacker Jesus ”Blady” Cavazos was the districts Defensive Most Valuable Player and running back Rolie Saenz was Co-Offensive Newcomer of the Year.

Kali Nguma and Bo Krell were recognized as first teamers for their play on special teams.
The Mission Veterans Patriots, also part of District 16-5A Div. II, were recognized with two top awards as well as seven first team selections.

Receiver AJ Gonzaque was named the zones’ Offensive Most Valuable Player and linebacker Luis De Hoyos was the Defensive Newcomer of the Year. First teamers on the offense for the Patriots were Isaiah Baker, Jaythan Barrera, Noah Garcia, Ricky Reyna and Justin Rodriguez. Defensively, the team had Mike De Leon and Pedro Salinas on the first team.

Mission High finished as the District 31 -6A runner-up and capped off the season with their third straight playoff appearance and a bi-district playoff win. That success led to one top award from the entire district to go with 16 zone first team selections. 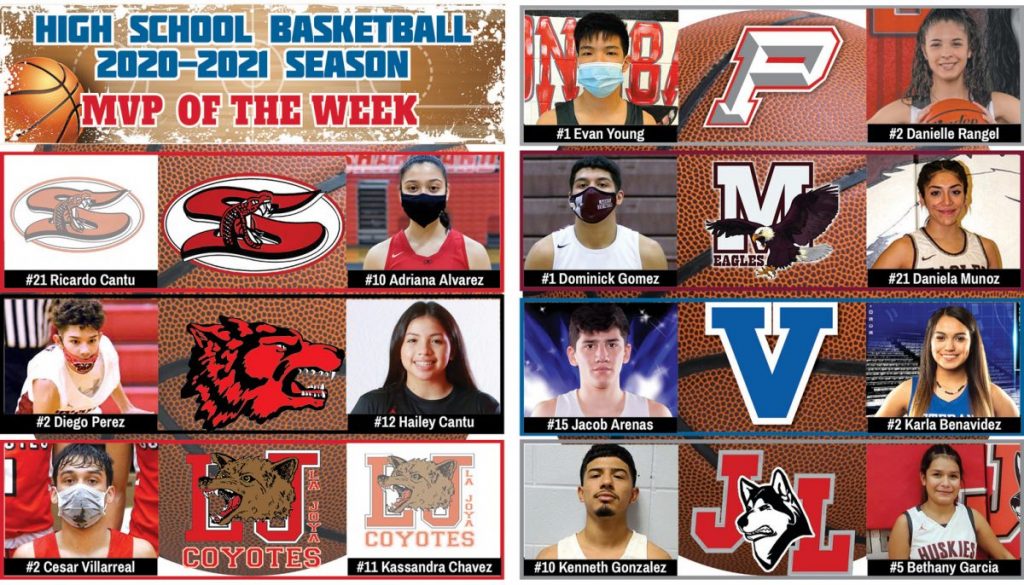 The La Joya Palmview Lobos had two players win top awards for their play in the District 16-5A Div. I West Zone and two others named to the first team.

Running back Carlos Pena was the districts Offensive Most Valuable Player and George Speedon was the Offensive Newcomer of the Year at the same position. Edward Chapa and Albert Vargas were recognized as first teamers for their play on the defensive line (Chapa) and offensive line (Vargas).

In addition to the athlete awards, Pioneer coach Tom Lee was named the District 16-5A Div. II West Zone Coach of the Year.

In spite of the numerous obstacles placed before them this season due to the coronavirus, the teams of the Big 7 performed well in 2020. Besides the playoff successes of Pioneer and Mission High, both Sharyland High and Mission Veterans were in position to make the postseason going into the last week of the regular season. Palmview’s season didn’t result in any victories but each of their three losses was by seven points or less.

Many of the area’s top players like Marburger, Cavazos, Gonzaque, Lopez and Pena were seniors but others like Graham Jr., De Hoyos and Speedon will be back.