In the coming weeks Mission will receive information on the technical requirements that would bring a state-of-the-art training and certification facility to the Police and Fire Departments.

“PBK will be delivering to the city of Mission a program verification information packet with a corresponding preliminary design as part of a conceptual program for the Police Target Range and Fire Training Facility,” Dominguez said. “The program will catapult the project to the next level with all potential stakeholders and potential funding sources or partners.”

The project program will cost $15,000. Council member Norie Gonzalez Garza asked about the funding source for the project.

City Manager Randy Perez said the funding would come from both the police and fire department special fund budgets. Gonzalez Garza also asked about expanding the existing training facility for the police department, which she said she had met with Dominguez about before.

Perez said they would be looking to move forward on that expansion, and they will be able to work on all the projects at the same time. Council passed the authorization.

The council granted a conditional use permit to designate the parking lot outside the Mission Center for Education and Economic Development as a Mobile Food Park. Located at 801 N. Bryan Rd., the Mission Food Park has been in operation since Oct. 16, 2020.

Several food trucks set up shop around the lot, where picnic tables are set up six feet apart to accommodate social distancing rules. Mission Economic Development Corporation Chief Executive Officer Daniel Silva was present during the meeting to answer questions from the council.

The park was granted a conditional use permit back in Nov. 2020 with the idea that businesses would be able to start up and eventually move into a brick and mortar establishment. Since the initial intent has been changed to allow trucks to stay on a more permanent basis, the city had to consider a new conditional use permit.

The Mission Food Park will have 15 mobile units at any given time, with 12 stationary locations and three accessible in-and-out locations. Each unit will have to obtain their own business license.

Mayor Armando O’caña asked Silva if he would be open to a lifetime approval of a conditional use permit, rather than the standard two years. Silva initially agreed, but Mayor Pro-Tem Jessica Ortega and Gonzalez Garza asked a few questions before making a motion. 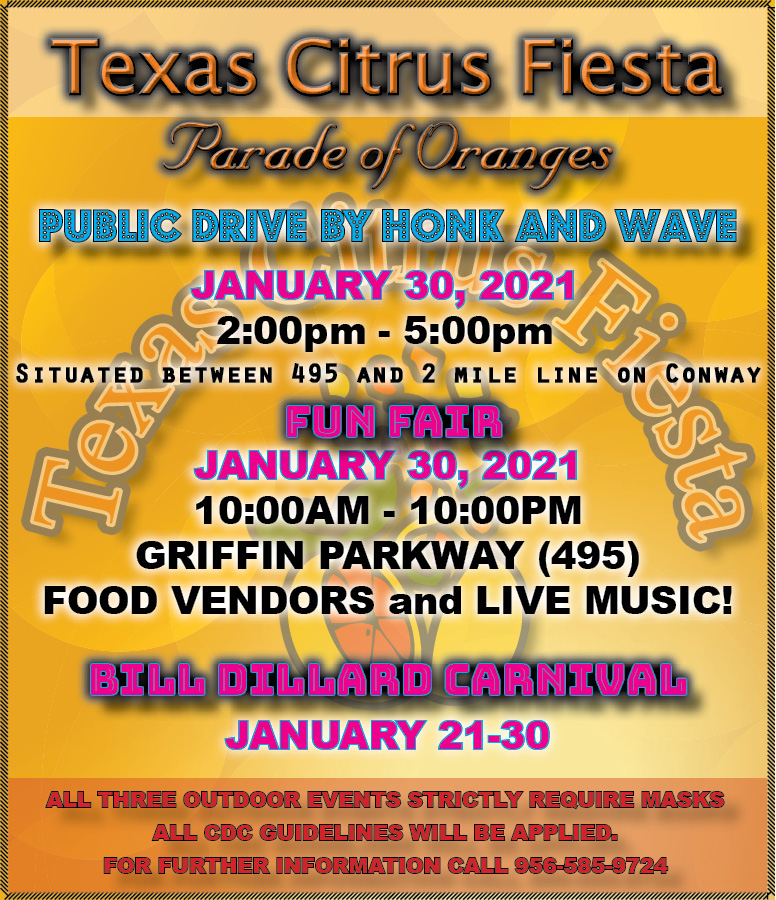 Ortega asked Silva about the safety standards being upheld by patrons at the food park, as well as the sale of alcohol and security protocol. Silva said they were following Centers for Disease Control guidelines, and would continue to mandate masks be worn unless a person is eating or drinking.

Because alcoholic beverages are sold at the Mission Food Park, Ortega and Gonzalez Garza requested Silva either speak with the Mission Police Department or consider using an approved security service to ensure social distancing and appropriate behavior is followed. Gonzalez Garza also said she would prefer a five-year conditional use permit rather than one for life, because they “don’t want to be overly lenient.”

The council approved the five-year conditional use permit with the caveat that CDC guidelines are required, people should stick to their family units and security is brought in.

The streets of Mission will be assessed by Javier Hinojosa Engineering after council approved a work authorization to begin the process. This is part of a Streets Assessment project being undertaken by the city, and the estimated cost for the information is $200,000.

City Engineer J.P. Terrazas presented the item on Monday. Gonzalez Garza asked if Javier Hinojosa Engineering could break the assessment into quadrants and report each quadrant to them as they are completed, so the council does not have to wait to hear about the state of streets.

“Maybe he can concentrate on a fourth of the city at a time, so we can get the report that much faster,” Gonzalez Garza said. “Basically, four reports.”

The engineers will use Conway and Bus. 83 as the delineation for the quadrants. Ortega asked if the engineers could focus on the areas of the city in need of the most help, and Terrazas agreed with their ideas.

Council also authorized a payment of $10,000 to ArkiiFORM, LLC for marketing and design documents containing renderings and an animated video for the Madero International Bridge project. The video was shown to the public and council during the meeting.

The fee was determined based on the scope of work, and ArkiiFORM is part of the contract pool of Professional Architectural Services. The bridge will run from Reynosa Mexico and connect to Mission, then (after inspection), railways will move on to Hebbronville, stopping to connect to Laredo and Corpus Christi, and into the United States.

The city is anticipating the bridge will be “the gateway to the world.” The payment was approved unanimously by council.