An engineer and an insurance agent joined the Mission Housing Authority board after being sworn in by Congressman Henry Cuellar Thursday as the newest directors of the agency. 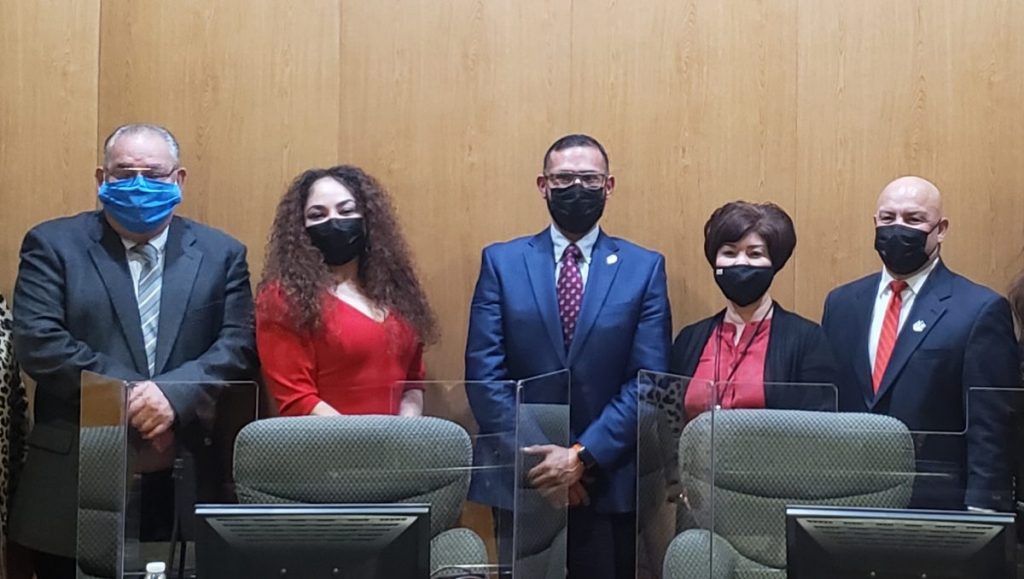 Garza was the first female chairperson of the housing authority, she said at the special called meeting to swear in the new members.

“We faced one of the more challenging times since the inception of the housing authority because of what we faced in 2020, being without a director, a deputy director, and then the pandemic,” Garza said. “But we can still look back and see we were able to accomplish so many things. The seed has been planted as far as the director for the housing authority to meet the needs of the community.”

She exited the meeting after board member Joe Louis Sanchez was selected as interim chairperson. He ended up receiving the permanent position with Alvarez receiving the vice-chairperson slot.

Flores-Lopez was unavailable to attend the meeting due to a family commitment but expressed her best wishes to the new board members in a text message followingthe meeting.

“[Izaguirre] is a civil engineer and we’re moving into construction for new properties for tenants,” Mayor O’Caña said of his appointments. “[Alvarez] is a businesswoman who has expertise in the field as we look to commit to several projects.”

Both O’Caña and Garza pointed out that, at the start of O’Caña’s tenure as mayor, there were more than 2,700 people on the waiting list to be placed in the Mission Housing Authority. The medium-sized housing authority currently has 270 public housing units and 749 housing choice vouchers.

“We have plans to demolish one of our older housing communities and start creating more high-rise facilities,” O’Caña said. “We clearly have a lack of housing in the city and hope to bring in progress.”

Alvarez said she believes the housing authority can construct more housing communities for more tenants within three to five years.

“I have a lot of experience with construction and was in charge of all new developments in my line of work which is our main goal,” Alvarez said of her qualifications. “We want to build more housing for all of the people in need in Mission today. I am so glad to be given this chance to serve the community, that is the background my family raised me with, to serve others so I look forward to what we’ll be doing in the next few years.”

As a former member of the city’s planning and zoning board, Izaguirre said she plans to work with the other board members to serve the tenants of the housing authority.

“This is another opportunity to keep helping my community,” Izaguirre said. “We’re going to get to know everyone here and see what everyone’s vision is and hopefully get on board and move forward.”

At a December board meeting, Garza and Flores-Lopez discussed the possibility of changing the bylaws of the agency to expand the five-member board to seven to better represent the agency’s tenants. At the Thursday meeting, O’Caña said that idea will likely not move forward based on a “recommendation” from interim Executive Director Alan Padilla.