The Agua Special Utility District spent more than $9,000 on a Christmas luncheon in mid-December.

Agua SUD held a two-hour Christmas luncheon on Dec. 16, when the utility district thanked employees and treated them to chicken cordon bleu.

“For all their hard work and dealing with the COVID,” said utility board President Homer Tijerina. “And, hopefully, a better 2021 for everybody — for their families.”

The utility district spent about $800 to rent tables, chairs and tents for the luncheon. Food cost another $800.

Agua SUD also handed out TVs, computer tablets, Apple AirPods and air fryers to employees during a raffle. The gifts cost more than $7,400, according to documents released under the Texas Public Information Act.

In La Joya, the city treated employees to lunch from the local VFW, said City Manager Jacqueline Bazan. Some employees also participated in a Secret Santa gift exchange, but employees brought their own gifts.

Asked whether or not he believed Agua SUD acted appropriately when the utility district purchased gifts for employees, Tijerina refused to answer the question. 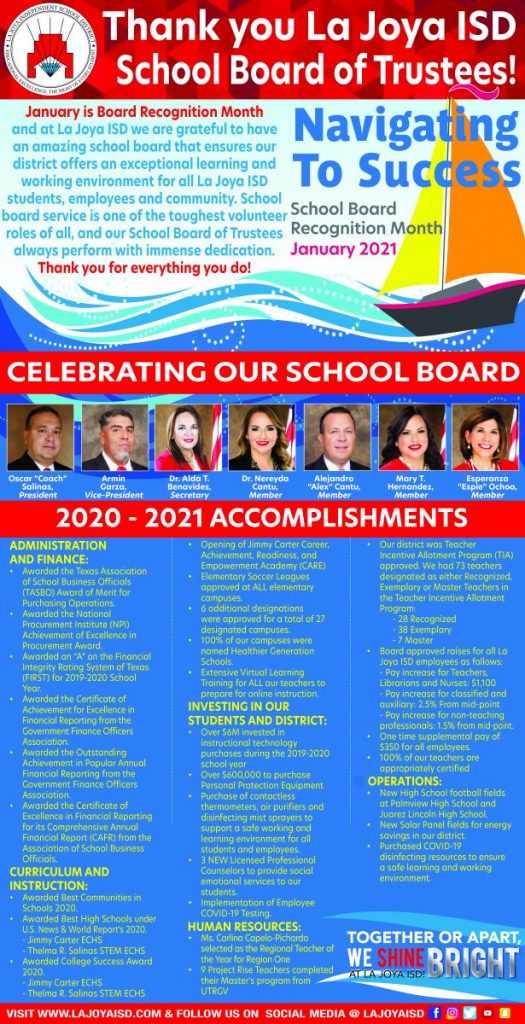 Tijerina, who became utility board president after the November 2020 election, said Agua SUD had organized similar events since at least 2015.

From about 2015 to 2017, the utility district rented an events center for the annual Christmas get-together, Tijerina said, but not many employees attended.

In about 2018, the utility district switched to a Christmas luncheon, which takes place during the workday, Tijerina said. That allowed more employees to attend.

The utility district accepted donations from engineers, attorneys and other contractors, which covered most of the costs from 2015 to 2019.

Soliciting donations from people who did business with Agua SUD, though, created potential conflicts of interest. Agua SUD didn’t accept donations for the 2020 Christmas luncheon.

Former utility board President Mario Chapa, who became a frequent critic of Agua SUD during the past few years, said he wasn’t particularly troubled by the gifts.

“The idea that they might reward employees for a year’s worth of work with a Christmas present like that — especially a nice present — I don’t find it totally revolting or offending as a ratepayer,” Chapa said. “I could find it acceptable as long as the funds went to the employee and not somewhere else.”

Spending thousands on gifts for employees, however, may be problematic, Chapa said, depending on the utility district’s financial situation.

“I definitely think that a Christmas bonus almost should suffice, if you will, and that the Christmas gift isn’t really necessary,” Chapa said. “I guess it just depends on what the board felt like, financially, they could afford.”