Kayla Lynn Alvarado had spent 12 minutes on the treadmill at TruFit when she was asked to leave with her son.

Alvarado’s son, Kion, was at the gym’s daycare center located inside the gym on 1718 E Griffin Pkwy. while his mother worked out Monday evening. Alvarado went to check in on her son, who has autism, but said she was met at the daycare center with an employee telling her her son had to leave for throwing a tantrum. 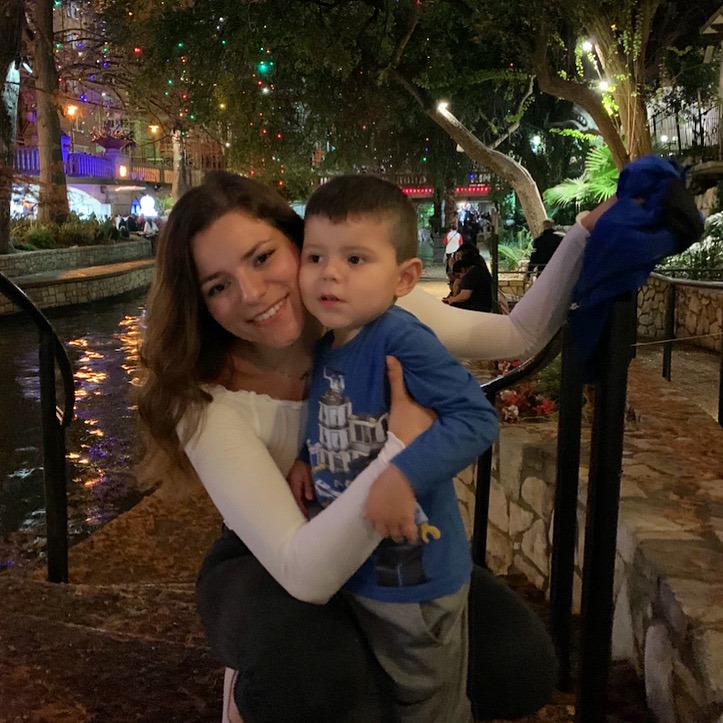 “Apparently he had been stomping his feet on the ground and throwing himself,” Alvarado said. “I tried to explain to the staff member that my son has autism and has trouble communicating but she was very adamant and kept telling me condescendingly that we had to leave. She wouldn’t even give me a chance to calm him down”

According to the rules listed on the TruFit website, children in the daycare center who cannot be calmed down by a staff member within 15 minutes must be comforted by their parents. The rules also say children who are not responsive to a staff member’s attempt to stop disruptive behavior will need to be removed by their parents or guardians from the Kid’s Club area.

If a child is disruptive for three times, they will not be allowed back into the daycare facility, the rules continued.

Alvarado said she felt humiliated by the incident and has no plans to return to Trufit because of it. Kion regularly goes to the daycare center and Alvarado said she always leaves him with her phone so he can watch videos on YouTube and lets the staff members know of his autism.

“I’m guessing he panicked because he came across an ad on my phone and didn’t know how to exit it to get back to his videos,” Alvarado said. “I understand that he can be a lot, especially when there’s other kids around, but I felt so distressed, embarrassed and alienated by this incident. It felt as if they were telling me my son is a problem child because of his autism and that’s a brutal feeling.”

Alvarado retelling this story on social media prompted a response from TruFit’s corporate office the day after the incident. In a phone call, TruFit Regional Vice President Robert Swigert said the situation was appropriately handled.

“As an organization, we’re not a childcare facility, we offer babysitting services,” Swigert said. “Our statement is we’re going to do the right thing to protect children in those environments. We don’t discipline children in those environments, we ask parents to do that and that’s what happened. I think we handled that well but it’s clear [Alvarado] is looking for a different level of service than we provide.”

Alvarado confirmed to the Progress Times that Swigert had reached out to her and provided a similar statement. She said that wasn’t enough.

“I appreciate how he was checking in on me and being compassionate, but he was basically telling me that the daycare center was false advertising,” Alvarado said. “He said it’s a babysitting service, not a certified daycare so his staff won’t be trained or paid to care for children with disabilities. TruFit can definitely afford to train their staff members on stuff like that but by not doing that, it feels like they’re saying that parents in a similar boat as me can’t use their facilities for the same reason.”

According to Edward Saenz, community coordinator for the local autism awareness non-profit Bebo’s Angels, it’s common for many businesses to alienate those with disabilities despite the Americans with Disabilities Act which prohibits discrimination based on disability.

“Though there is a federal law and more awareness on people with disabilities there is a disconnect in the community,” Saenz said. “There’s still a lack of understanding and tolerance we see when it comes to how private businesses treat those with disabilities, especially children.”

Saenz added that Bebo’s Angels usually receive numerous calls from the public advising them of local businesses that aren’t welcoming to those with autism and other disabilities. Ultimately, however, he usually doesn’t see much enforcement of the ADA.

“Everyone should have fair and complete access to a business and we try to ensure businesses abide by it but I do know individual private businesses owners do put their foot down sometimes, “Saenz said. “I’ve never seen anyone enforce it though, the worse they get is just bad publicity, but we do hope TruFit is more accommodating to people with autism in the future.”

Alvarado said she has received criticism on social media for taking her son to a public place, which she says is something her son deserves to have.

“I’m not going to sit back and hide at home with him because people refuse to be open and accepting to people like him, who doesn’t want to live a normal life?” Alvarado said. “So far he doesn’t really understand what happened at the gym and seemed more upset over missing out on his videos but I’m not going to let him miss out on life. He should be able to go out and be himself like everyone else. If people can’t have compassion for him, that’s unacceptable.”