After two straight District 31 -5A titles the Sharyland Pioneer Lady Diamondbacks basketball team find themselves in a familiar position as the 2020-2021 district race nears its halfway point. Wednesday night’s 53 – 14 win at Pioneer High School over the Sharyland High Lady Rattlers improved their overall mark to 10 – 2 and, more importantly, 6 – 0 in the district.

Head coach Nicole Villarreal welcomed back an experienced group of players from last year’s team; one that rolled through the district last year with an undefeated 14 – 0 record and a first round playoff win as well. Changes from the University Interscholastic League (UIL) last February, along with the COVID-19 pandemic, would make that experience something Villarreal’s squad would (and will continue to) need for this season. 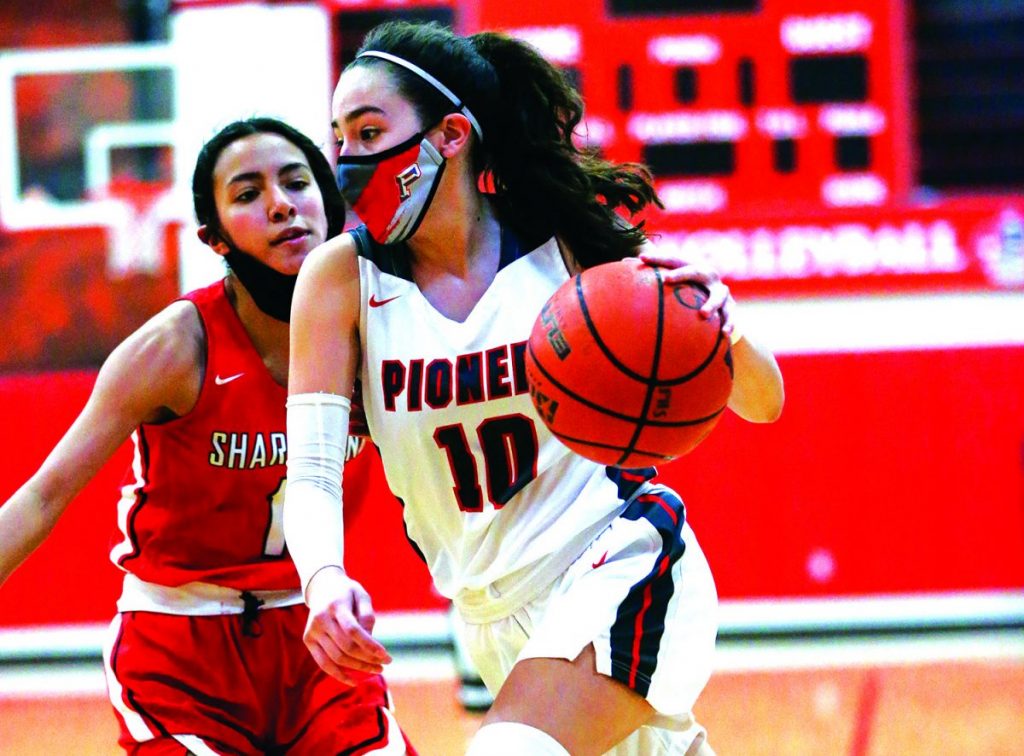 That UIL change, in the form of their biennial realignment, kept the Lady Diamondbacks in District 31 -5A but added several new opponents that were coming off 2019-2020 playoff appearances of their own. In addition to Pioneer and PSJA Memorial , who both were part of the postseason in 31-5A last year, the new league now included a 32 -5A playoff team (Valley View) and two 30-6A teams that made playoff appearances last season as well (McAllen Rowe, McAllen Memorial). Memorial won the 2019-2020 District 30-6A crown with their own undefeated run through district opponents. The UIL stipulates that only four teams from a district qualify for the postseason.

Like most other local teams, the Lady Diamondbacks had few opportunities to be on the court during the spring, summer and early fall of last year as concerns over the coronavirus prompted the UIL and local authorities to issue directives that restricted school activities.

Once the season began an additional UIL directive shortened the typical non-district schedule teams are accustomed to by banning tournaments as a precautionary step due to concerns over the coronavirus. Most teams have had to make scheduling adjustments as the season has progressed as well. For example, Wednesday’s game was the first for both teams since January 2.

Villarreal talked about how the team’s experience has played a role in such an unconventional year. “They’re (her players) are a lot more disciplined, a lot more connected to things.”

One of the team’s returning players, Audry Hornaday, the district MVP in 2018 – 2019, is back after missing last year due to an injury.

“It helps that Audry has been able to lead on the court now as opposed to off the bench,” added Villarreal. “That, too, has helped immensely.”

All that returning talent was on full display early in Wednesday night’s contest as the Lady Diamondbacks raced out to a 15 – 0 lead after the first quarter and extended it to 22 – 0 early in the second, getting eight points apiece from Audry Hornaday and Bravo during the run. The team was just as dominate on the defensive end of the court as well, making the Lady Rattlers work to find openings and rarely giving them a second chance after a missed shot. 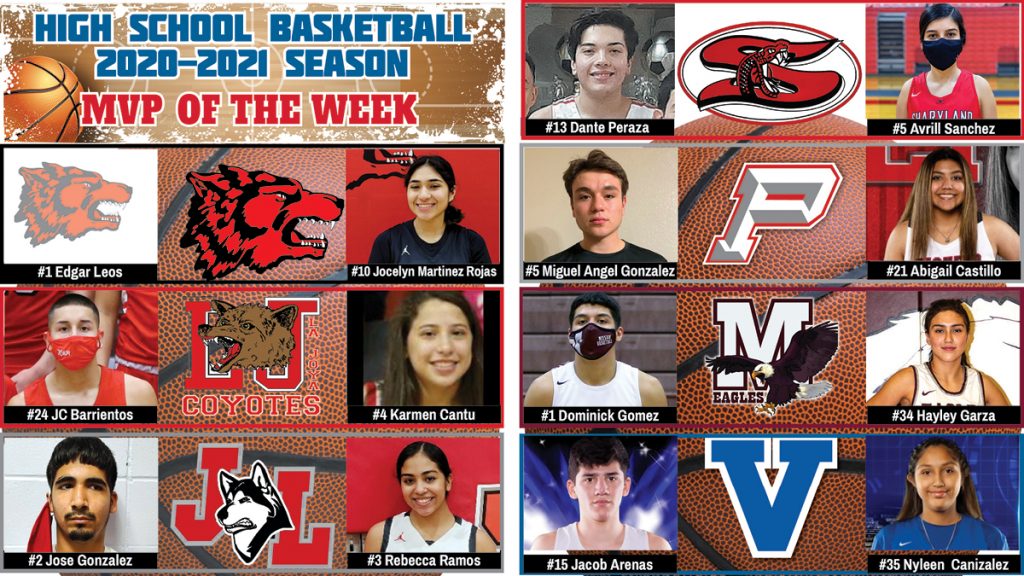 Sharyland High came to life with seven straight points from three different players in the second quarter to make it 22 – 7 but couldn’t stop the ever moving, slick passing and unselfish play of the Lady Diamondbacks to get back into it. Bravo added nine points in the third quarter to finish with a game high 17.

The overall effort after the long layoff pleased Villarreal. “I’m very pleased. I think they (her players) were ready for this too. They were missing the court.”

Villarreal also spoke highly of Bravo’s overall game. “Jordan’s game has evolved immensely from where she was last year,” said Villarreal. “She now has an inside game, she’s driving now, she’s creating for her teammates . . . that’s huge for our team.”

The Lady Rattlers had the same long break to deal with but with a younger, less experienced group than Pioneer. The team returned all-district second teamer Daylah Vega along with two others (Camille Bargas, Kayla Sanchez) who were named on the honorable mention list from the 2019 – 2020 season.

Meza went on to talk about overcoming the difficulties of dealing with the interruptions that have marked a good portion of the season. “We’ve been pushing through together.”

The loss left the Lady Rattlers at 2 -4 in district play and 3 – 9 overall. They are scheduled to host McAllen Rowe tomorrow at 2 pm. Pioneer’s next game is scheduled for tonight at Pioneer High School against PSJA Southwest. Tip –off is scheduled for 6:30 pm.

With 14 scheduled district games and the deadline for UIL postseason certification set for February 9th there is still a lot of basketball to be played in the next few weeks. The Lady Diamondbacks path to a third straight district title has a few obstacles to get through as well. The team has to play Valley View (currently unbeaten in district play at 3 – 0) twice and must face both McAllen Rowe and McAllen Memorial one more time. Pioneer handed Rowe their only district defeat a few weeks ago and needed overtime to beat Memorial back in December.