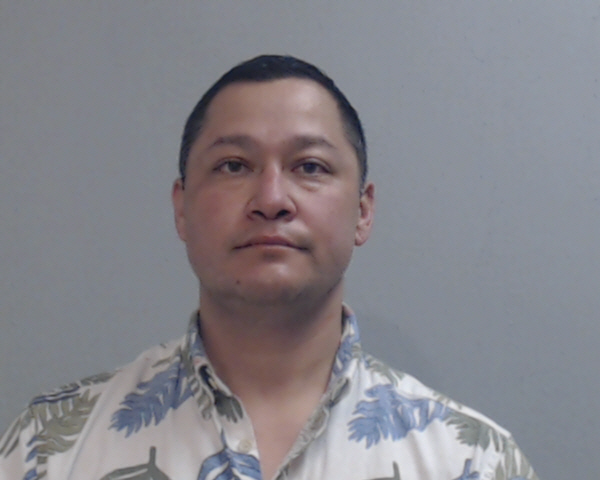 David Michael Garcia, 43, of Mission is charged with driving while intoxicated and unlawfully carrying a weapon. Photo courtesy of the Hidalgo County Sheriff’s Office.

Garcia is charged with driving while intoxicated, a Class B misdemeanor, and unlawfully carrying a weapon, a Class A misdemeanor. He couldn’t be reached for comment.

The Progress Times requested copies of the arrest warrant and affidavit from the Palmhurst Municipal Court, but the documents were not immediately available on Wednesday. Palmhurst police Chief Michael Vela couldn’t be reached for comment.

Garcia joined the Mission Police Department in December 2004, according to Texas Commission on Law Enforcement records. He was promoted to lieutenant in April 2020.

Tuesday wasn’t the first time Garcia had been arrested.

Garcia was charged with driving while intoxicated in 1996 and 2000, according to Hidalgo County court records, but the charges were dismissed.

Court records show the 1996 charge was dismissed “in the interest of justice.” A judge dismissed the 2000 charge because a witness for the state wasn’t available.

Officers booked Garcia at the Hidalgo County jail at 2:26 p.m. Wednesday. He was released 37 minutes later.