Melo Ochoa remembered for his love of family, faith and unity
Special to the Progress Times

Velma Ochoa remembers her father and his profound calling to be there for others.

Former Justice of the Peace Jose Ismael “Melo” Ochoa passed away on Fri. Jan. 22, 2021 at the age of 74. Ochoa was a judge who served western Hidalgo County for two decades. 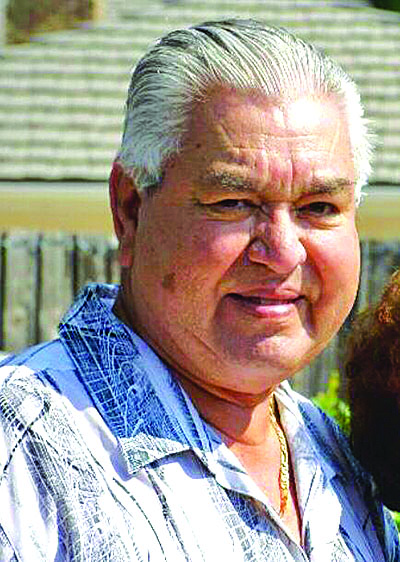 According to his daughter, Velma Ochoa, Melo Ochoa had been hospitalized with COVID-19.

Melo Ochoa was born in Peñitas on Oct. 4, 1946. Growing up with a family who owned a small store in the city, he eventually started his own small businesses before becoming involved in local politics.

Melo Ochoa married Armandina Ochoa, and the couple had three daughters: Veronica Ochoa, Velma Ochoa and Belinda Ochoa. He served on the La Joya Board of Trustees, and then became justice of the peace for Precinct 3 Place 2 for western Hidalgo County.

His daughter Velma said for Melo, there were no differences when it came to family and friends.

“He had [so many] friends, from the most successful to the poorest that he served,” Velma Ochoa said. “He was always willing to help anyone who needed his help and guidance.”

She went on to describe him as humble and community-oriented.

“There was loyalty and trust in one another,” Velma Ochoa said. “People could depend on him, and he could depend on them because he was there for them, and they were there for him. He served for 20 years, and he always had community support.”

According to Velma, her father was motivated to represent western Hidalgo County because of the loyalty of the community, and the foundation laid out by his own mother.

“My grandmother had always instilled in us the value of helping our family and our community, since we were very young,” Velma Ochoa said. “The community always knew they could count on them and come to my Dad.”

Growing up, his example was a major influence on Velma and her sisters.

“The values that he instilled in us have made our faith very strong,” Velma Ochoa said. “We feel very fortunate to have had such a great upbringing from both my parents.”

Melo Ochoa had a saying he told them – “tu sabes, lo que haces.”

“He was a very supportive father figure who always, always allowed us to make our own decisions, because he knew he instilled in us all the good values,” Velma Ochoa said. “‘This is my opinion, but tu sabes, lo que haces.”

Melo Ochoa lived in a household of women – a wife and three daughters. Velma said his support led to them all becoming independent women.

“It was difficult for us to grow up in a manly world,” Velma Ochoa said. “Both he and my mother always instilled that there’s no limits, and we are capable of doing what we set our minds to do.”

Since his passing, several people have told Melo’s family of the fond memories they have of him and his service.

“Now more than ever we’ve come to see so many people that he touched and helped and impacted – people we don’t even know,” Velma Ochoa said. “They’ve been sending us messages and stories, sharing so much about him.”

For Velma, there are so many good and happy moments it is difficult to recall them all.

“We’re a very united family, and that’s always been because of the ethics my father instilled in us,” Velma Ochoa said. “He always allowed us to make our own decisions.”

Velma said that her father is leaving behind a legacy of love, family, community, loyalty and humility.

Melo’s daughters have a message they’d like their father to know as he moves from this life to the next.