The Mission city council approved resolution #1711, which authorized the publication of a Notice of Intention to issue certificates of obligation for the design, acquisition, construction and improvement of “certain public works.”

City Manager Randy Perez presented this item to the council during this week’s regular called meeting on Mon. Jan. 25, stating this was the first step on the issuance and they will have to publish a notice for two consecutive weeks in a general circulation newspaper. The amount of the certificates of obligation is “not to exceed $22 million.”

The council unanimously approved the item.

The approval of a contract assessment of seven underpasses and infrastructure studies was tabled during the meeting. Purchasing Director Eduardo Belmarez, along with City Engineer J.P. Terrazas presented the item and answered questions from the city council regarding the item.

Belmarez said they were trying to engage the highest-qualified firm for infrastructure studies and allow the city manager to execute the contract. The approved evaluation committee to assess the potential firms found that both bidders, the TEDSI Infrastructure Group, Inc. and Building Transportation Infrastructure, Inc., were deemed acceptable and qualified to perform the services.

Mayor Pro-Tem Jessica Ortega made an initial motion to approve the contract with Building Transportation Infrastructure, which was seconded by council member Beto Vela. After the motions were made, council members Norie Gonzalez Garza and Ruben Plata had a few questions regarding the nature of the contract.

Gonzalez Garza asked what the item was in regards to, and if they had seen the item in a previous meeting. The item had indeed been brought to the council before.

Mayor Armando O’caña said this would “give a second eye” to a report previously given by the TEDSI Infrastructure Group and work with the Texas Department of Transportation (TxDOT) for existing and future recommendations. Terrazas explained that the scope of work is to study seven underpasses or crossings under the expressway.

“TEDSI was the highest [bid] engineer for this project,” Terrazas said. “Basically it’s to study all the crossings under the expressway and do some H&H [Hydrologic and Hydraulic] studies, some modellings.”

Terrazas said that the TEDSI Infrastructure Group has already done half of the work on this project. He also said the evaluation committee had felt comfortable with TEDSI finishing out the study, since they already have a contract with TxDOT.

O’caña then said that Mission staff and consultants cannot do hydraulic studies for TxDOT, who has their own staff for that. Terrazas said that what the mayor said was true, but in this case TxDOT has hired TEDSI to do a hydraulic study.

“Which means there would be a contract with us if we hired them also,” O’caña said. “Because this is to come up with new eyes to take the TEDSI report to the second level.”

O’caña said that if TEDSI had wanted to continue on the study, they could have done it from the onset. Gonzalez Garza asked O’caña if he was not comfortable with the report, which he refuted, then she asked Terrazas if this part of the study was within the original scope of work the city contracted TEDSI to do.

“So they [TEDSI] can’t do that report?” Gonzalez Garza asked. “They already have half the work done, I’m not understanding why we wouldn’t allow them to finish the work.” 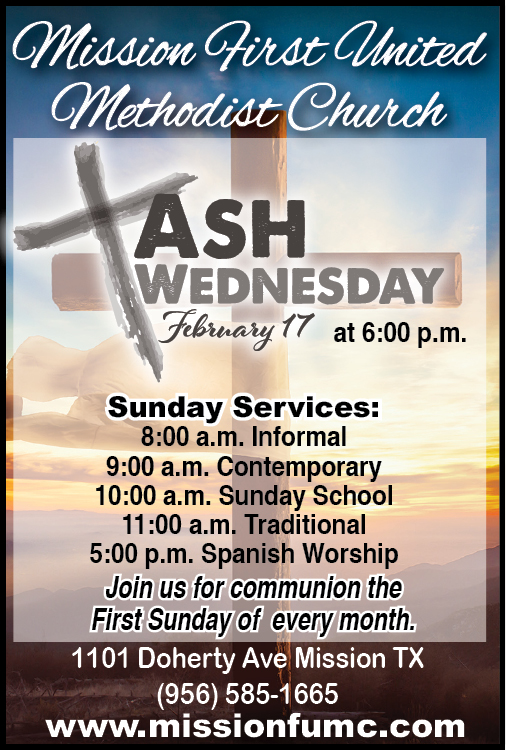 Terrazas explained that it was not in the original scope of work, and the engineering department had wanted to add it on when it was first brought to the table, but did not receive approval at that time.

Ortega asked what that addition would have cost the city if it had been added to the contract. Terrazas said he did not know, and they would have to receive an estimate from TEDSI regarding the hours worked and breakdown.

Terrazas reiterated that they did not ask for proposals regarding cost, just regarding qualifications. Ortega then decided to rescind her motion and table the item, so they could meet with Perez and Terrazas and determine if there is miscommunication they need to iron out.

The motion was rescinded, and the item was tabled unanimously.

The city council voted to rescind an approval for a contract with Javier Hinojosa Engineering to create a master plan for the streets in Mission. Terrazas presented the item to the council.

Each council member voted to rescind the approval apart from O’caña, who opposed the motion. O’caña said he wanted to have a comprehensive plan that they could reference throughout the street improvement process.

“We’re rescinding a street master improvement plan,” O’caña said. “My philosophy has always been to always have a master plan while we direct street improvements or any departments’ improvements.”

If approved, the contract would have cost the city of Mission $200,000 for the master plan alone. City council member Norie Gonzalez Garza said she spoke to Hinojosa, who agreed with rescinding the contract.

“He [Hinojosa] said that the $200,000 would be much better served in actual construction. Maybe at a later time we could do an evaluation,” Gonzalez Garza said. “At this point we have at least 60 streets that we already know are on the list for either reconstruction or overlaying. Since our budget is limited, I would – and so would Javier Hinojosa – spend the $200,000 on the actual construction.”

Mayor Pro-Tem Jessica Ortega said she would like to see the streets renovated sooner rather than later.

“On Feb. 3 staff, along with Mr. Terrazas, are going to be giving us a tour around town to show us the drainage and the streets [that need improvement],” Ortega said. “I too would like to see our streets being done already, within this year.”

O’caña stated one last time that he likes comprehensive plans to guide the council as they do improvements.

“That’s what I stand for, for the record,” O’caña said.