The high school soccer season in Texas has been in game mode for close to a month and after a few non-district match-ups district play has, or is about to, begin for both the boys and girls teams of the Big 7. The sports shutdown of last spring and how it affected the teams of Sharyland High was described in last week’s edition of the Progress Times. They , however, were not the only squads from the area that were left out of the postseason after the decision was made to end the 2019 – 2020 season before its conclusion due to concerns over the coronavirus.

Both the boys and girls teams from La Joya Juarez-Lincoln had already secured playoff spots in District 30-6A last March when the word came out from the University Interscholastic League (UIL) to stop all extra-curricular activities. The boys team at Juarez had already secured the district title and the girls squad was set to finish either third or fourth in their league. Each team had one more regular season left to play when the UIL decision was made. 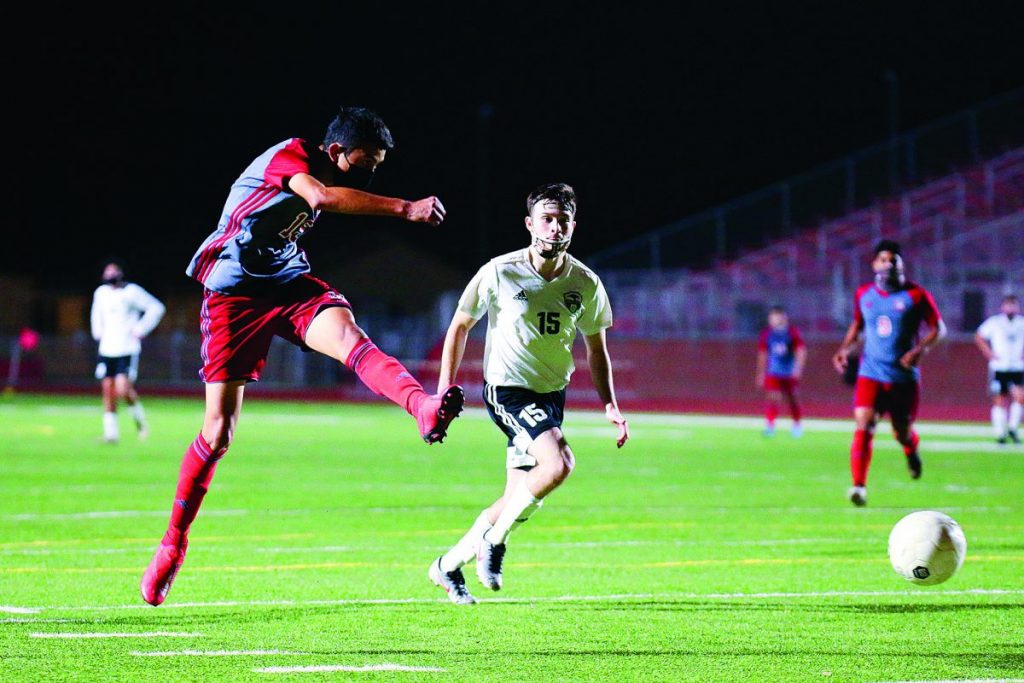 The effect on both the Huskies and Lady Huskies was similar as each squad had a group of talented seniors with experience in making deep playoff runs. Huskies boys head coach Victor Ramos had players who had been to the state tournament as freshmen and were hoping to end their high school careers in similar fashion.

“It (last season’s cancellation) happens to ever body and we need to understand that things like this could happen”, said Ramos. “We never imagined that it was going to happen but, yeah, it hurts a lot because we had a team of seniors . . . . we had a real good chance to go all the way.”

The Lady Huskies had made it to the fourth round of the 2018-2019 postseason and had a talented group of seniors ready to do it again as well.

Those players and chances from 2020 have disappeared but the early returns on the 2020- 2021 season are showing promise for the two squads. The two faced off with Edinburg Vela this past Tuesday as play in District 31-6A moved into to the third week. . The Huskies came away with a 3- 1 victory in the first game of the night at the La Joys ISD Stadium, moving them up into a tie at the top of the district standings with Edinburg after 5 games. The win improved the teams district record to 4 – 0 – 1, good for 13 points. The Lady Huskies fell to the Lady Sabercats by a 5 – 1 margin but maintained their fourth place spot in the district standings with a 3 – 2 mark, good for nine points.

The first match of the evening was tied 1 – 1 at the half, with both teams scoring right before the break. Vela led 1 – 0 before the Huskies Justin Puente gathered in a long pass and drilled a shot passed the Sabercats keeper for the equalizer. The Huskies took the lead for good 2 – 1 early in the second half when Omar Solis found the back of the net after gathering in a loose ball in the box. The early goal set the tempo for the rest of the game as the Huskies employed an aggressive offensive approach that resulted in numerous other scoring chances. The final margin of 3 – 1 was the result of Puente’s second goal of the night 14 minutes into the second half. On the play, Puente beat the Vela goalie to a high bouncing ball near the edge of the box and headed it into the open net.

The team’s second half style of play was, according to Ramos, by design. “We saw at the end of the first half that they (Vela) were having problems to keep up with us physically so that’s what we said, go forward and put pressure and we should be able to get this game back.”

The Huskies have some experienced players back from last year’s squad. Seniors Emilio Bocanegra and Robert Segura are back as well as sophomore Robert Morales. All played roles on the field in the victory but the goals came from a sophomore (Puente) and a freshman (Solis).

The girls match was scoreless through the first 20 minutes but two Lady Sabercats goals in the latter part of the first half allowed them to take a 2 -0 halftime lead. The Lady Huskies played more aggressively in the second half that allowed them more possession and more scoring chances but opened things up for Vela to score three more goals in the first 16 minutes of the second half, extending their lead to 5 – 0. Juarez’s second half attacking style of play finally produced a goal with 19 minutes to play when freshmen Valeria Morales used some nifty dribbling to beat her defender and slip a shot into the net to avoid the shutout. 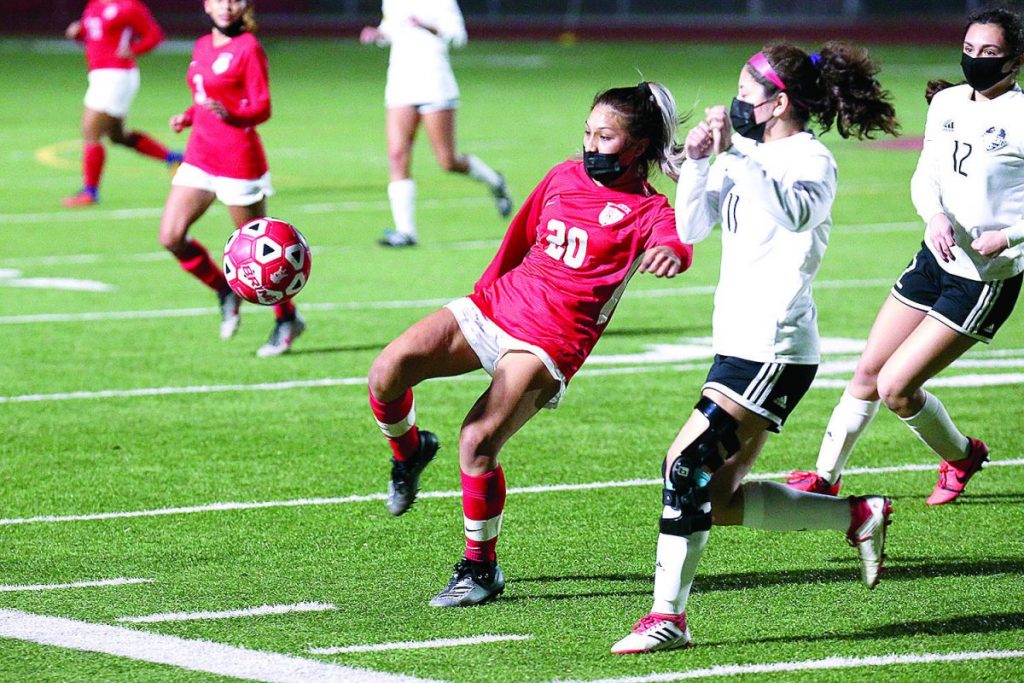 “Hard work, determination on the girl’s to keep on wanting to fight every single game,” is the way Lady Huskies assistant coach Jesus Zarate credited to the teams early district success. “Despite all of the challenges that we have they are out here every day giving it (their) all.”

One of those challenges, according to first year head coach Arnoldo Cardenas has been the inability to get the opportunity to evaluate a larger number of players. “First of all I need to see all the girls,” said Cardenas. “I need to see a number of girls; it is tough.” Teams this year are not fielding sub-varsity teams, something which would hamper any program, especially one with a new coach.

The Lady Huskies, like the boy’s team, did return three players from last year’s squad (Stephanie Jimenez, Amber Segura, Daniela Castillo). Both Jimenez and Segura are juniors while Castillo is a sophomore. Adding in Morales gives the team a group whose early success this season could, like newcomers Puente and Solis from the Huskies, pay dividends beyond that as well.

The next scheduled games for the two teams come tonight when Juarez faces off against PSJA North at PSJA North High School in another double header format. The boys are scheduled to start at 6 pm and the girls will follow at 8 pm. PSJA ISD is not currently allowing any spectators at PSJA venues.