Work on several major energy-savings projects at the La Joya Independent School District will be completed in February. 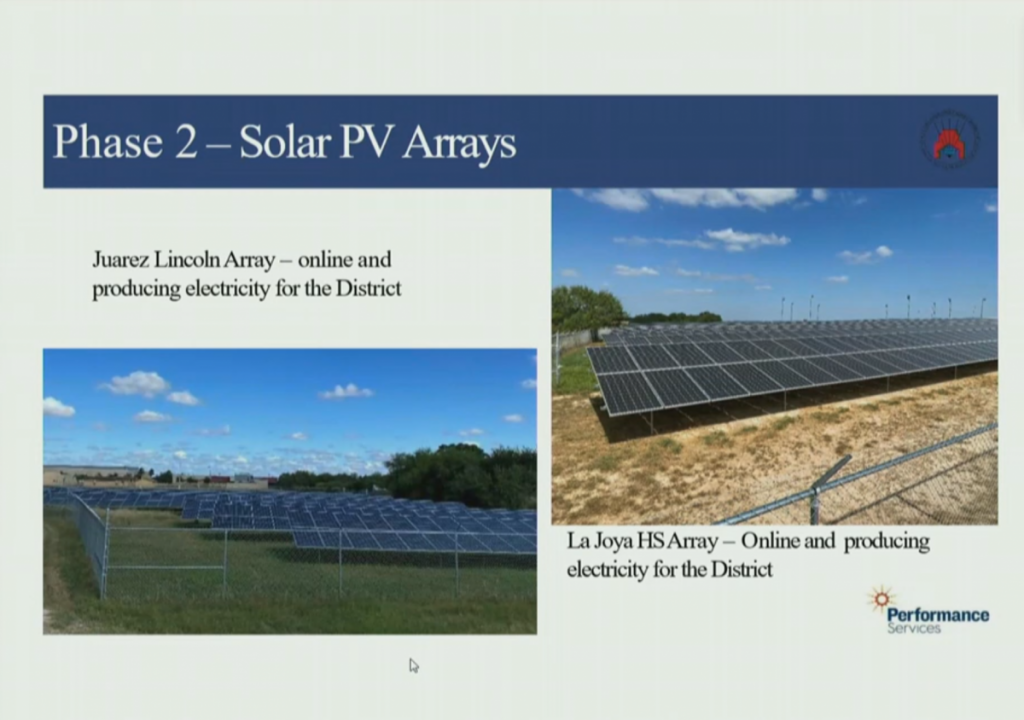 “We expect to be fully complete, based on deliveries and installation, by the end of the month,” said project manager Craig Bruska, who briefed the school board on Wednesday. “We’re shooting to be done earlier than that, but we’re fully confident that all installations will be done by the end of February.”

The Agua Special Utility District and the city of Mission also negotiated energy-savings agreements with Performance Services during the past few years.

“We are generating the electricity at our targeted rate,” Bruska said. “So we are confident we will meet our guaranteed energy-saving goals for the district.”

“The fields and tracks will be 100% complete and turned over to the district this month,” Bruska said.

“We had some delays from our fabricator. These were COVID-related,” Bruska said. “They had to shut the plant down because of illness and then had reduced staffing, so that delayed getting deliveries of some of the components.”

The final part of the project, the gate at Lloyd M. Bentsen Jr. Elementary School, will be completed by Feb. 12, Bruska said.

During the discussion, Trustee Alex Cantu asked Bruska if the project remained on-budget.

“We are not over budget on the project,” Bruska said.

“Right now we anticipate returning to the budget $247,000.29, when it’s all said and done,” Bruska said. “So we are under your allocated funds for the project.”