RIO GRANDE VALLEY – The University of Texas Rio Grande Valley (UTRGV) Department of Intercollegiate Athletics is shocked and saddened to announce that men’s basketball head coach Lew Hill passed away on Sunday at the age of 55.

“Words cannot describe how any of us feel right now. Everyone in our department is devastated by this news,” UTRGV Vice President and Director of Athletics Chasse Conque said. “Coach Hill was an incredible human being. He was my close friend and a trusted colleague. He cared deeply about those around him, from his family, to his players, to his staff and really, everyone in the department and at UTRGV. We offer our deepest condolences to Renee and Coach Hill’s entire family during this unimaginable time.” 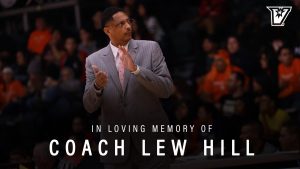 “This is a tragic loss, not only for the UTRGV community but for the entire Rio Grande Valley community,” UTRGV President Guy Bailey said. “Coach Hill was very involved in the community and always had a knack for making everyone he met feel special. On behalf of the entire university, we convey our heartfelt condolences to Coach Hill’s family and friends. Please keep them in your thoughts in the following days.”

Hill coached the Vaqueros on Saturday night in a 77-75 loss to Texas Southern in Houston. The cause of death is not known at this time.

Hill was the head coach at UTRGV for five seasons, taking over the program in 2016 and making five-win improvements in each of his first three years, culminating with a 20-win 2018-19 season that saw the Vaqueros win an NCAA Division I postseason games for the first time while hosting two rounds of the CIT. For his efforts, Hill was a finalist for the 2019 Ben Jobe Award, presented annually to the top minority coach in Division I men’s basketball. In total, the Vaqueros made two postseason appearances under Hill, including an appearance in the 2018 CBI.

Hill’s teams never quit, rallying back from seven double-digit deficits in 2018-19 and then, after starting the 2019-20 season 6-14, winning eight of their final 10 to earn the No. 2 seed in the Western Athletic Conference Tournament, the highest seed in program history.

The Vaqueros picked up right where they left of this season, going 8-4 under Hill. In total, the Vaqueros won 16 of Hill’s final 22 games. 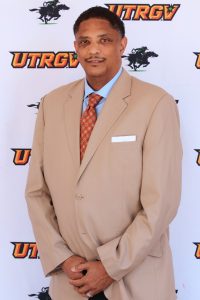 Beyond basketball, Hill was passionate about bringing awareness to diabetes, personally leading the charge to host diabetes awareness nights at home basketball games.

He also believed greatly in giving back to the campus and the community. Hill was known for buying large amounts of breakfast tacos and walking to faculty staff offices around campus to deliver breakfast and thank his fellow UTRGV employees for their hard work and dedication. When UTRGV Athletics started a weekly story time series this past spring, Hill was the first employee to sign up, reading The Dinosaur Who Lived in My Back Yard with his daughter, Elle.

Originally from Mount Vernon, N.Y., Hill was an All-State performer at Mount Vernon High School. He then went on to be an All-American point guard for San Jacinto Junior College, helping to lead the team to the 1984 NJCAA National Championship. He played his final two seasons at Wichita State, earning All-Missouri Valley Conference honors as a senior for helping to lead the Shockers to 20 wins and a berth in the 1988 NCAA Tournament.

Hill graduated with a bachelor’s degree in criminal justice and played one season professionally in Germany before starting his coaching career at Wichita East High School in 1989-90. He moved up to the collegiate ranks as an assistant coach at South Alabama from 1990-92.

Hill joined former Pan American University head coach Lon Kruger’s coaching staff at UNLV as an assistant coach in 2004 and then went with Kruger to Oklahoma in 2011. In Hill’s final season at Oklahoma, 2015-16, the Sooners reached the Final Four.

Hill is survived by his wife, Renee, their two children, Lewis Jr. (LJ) and Elle, and three other daughters, Sierra, Erica and Asya.

UTRGV is expected to name an acting head coach in the near future.

A determination as to the status of upcoming games will be made in the near future.