Alton, Peñitas and Sullivan City will cancel their May elections after every candidate ran unopposed.

“I believe in God and I don’t believe in coincidences,” said Sullivan City mayoral candidate Alma D. Salinas, who didn’t draw an opponent. “So I know me choosing to do this — it was the right time for me.” 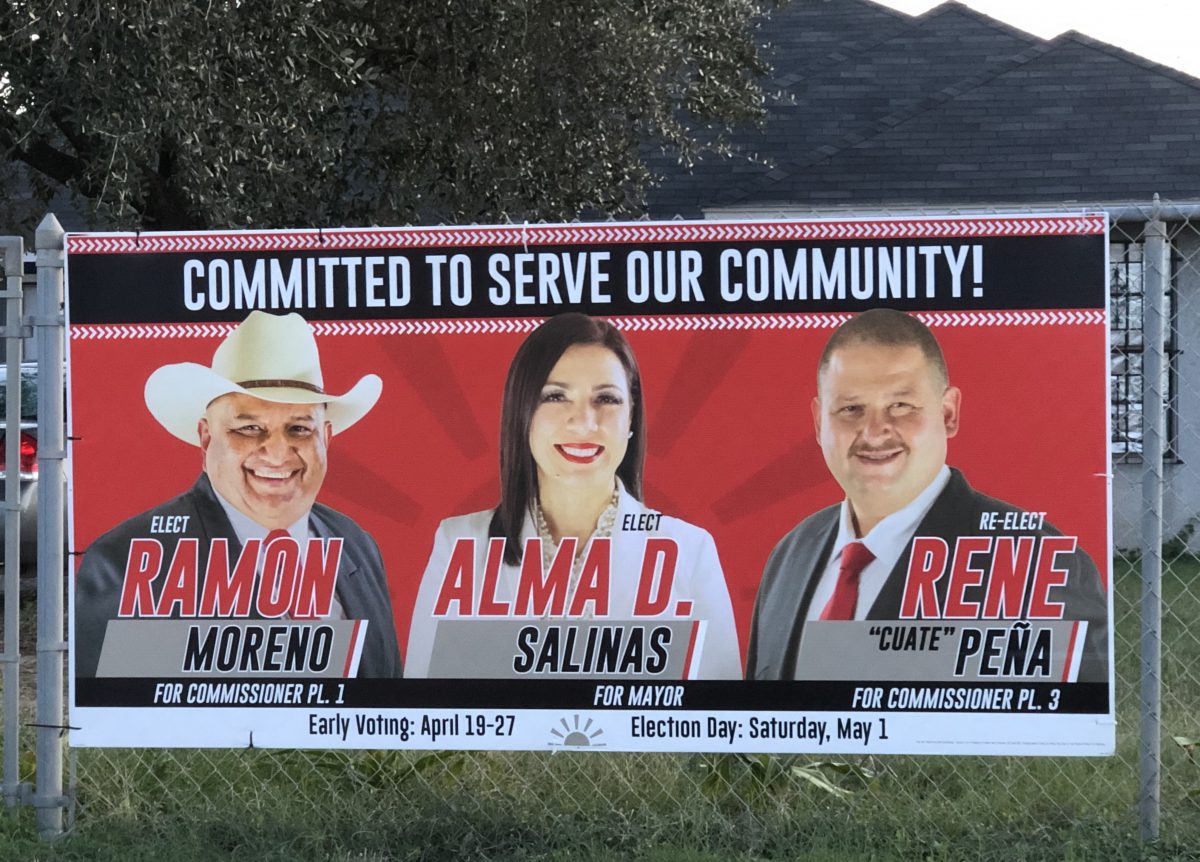 Alma Salinas, the director of Library Services and Instructional Resources at the La Joya Independent School District, is the wife of school board President Oscar “Coach” Salinas.

Without an opponent, Alma Salinas said she would start preparing an agenda for her first 100 days in office.

Castillo said she decided not to run for re-election to focus on her businesses.

“I loved the time that I was commissioner there for my city of Sullivan City. I really enjoyed it,” Castillo said. “But I have to think about my family and our businesses. That’s my main concern right now.”

Garcia, who became mayor of Sullivan City in 2017, couldn’t immediately be reached for comment Friday afternoon.

Alton and Peñitas will also cancel their elections.

Incumbents in Peñitas found themselves in a similar situation.

Peñitas also canceled the 2017 election after the only candidate who challenged the incumbents withdrew from the ballot.

Cities may only cancel elections if every seat on the ballot is uncontested.