The La Joya Economic Development Corp. rejected a proposed settlement Tuesday from a woman accused of borrowing $25,000 to start a business and defaulting on the loan after just two payments.

After meeting with an attorney, the La Joya EDC voted 3-0 to reject the proposed settlement with Lorena Flores, who borrowed money to start a driving school, and proceed with a lawsuit against her. 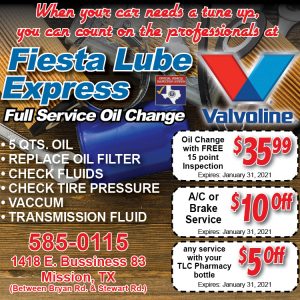 The lawsuit against Flores is part of a push to collect on delinquent small business loans.

“Essentially, at this point, four lawsuits have been filed,” said attorney Jose L. Caso of Edinburg, who represents the La Joya EDC. “Out of those, we’ve already obtained two judgments.”

From 2012 to 2017, the La Joya EDC made a series of small business loans through a program funded by the U.S. Department of Agriculture.

Some people who received the loans had no business experience and wanted the La Joya EDC to provide start-up capital. When the businesses failed, they stopped making loan payments.

Flores borrowed $25,000 to start a driving school in April 2012, according to the lawsuit against her. She made just two payments before defaulting.

An attempt to schedule an interview with her attorney was unsuccessful.

In December 2014, City Councilwoman Anna Lisa Ruiz borrowed $35,000 from the La Joya EDC for a drive-through convenience store, according to documents released under the Texas Public Information Act. She made eight payments before defaulting.

When she borrowed the money, Ruiz pledged a tractor-trailer as collateral.

The tractor-trailer, however, was “involved in a large Cocaine seizure” during February 2015, according to an email from the Wharton County District Attorney’s Office to the city of La Joya. It’s unclear what happened after the cocaine bust, but the La Joya EDC never recouped the money.

A judge signed a default judgment against Ruiz in September. She couldn’t be reached for comment.

Another entrepreuer, Mark Sierra, requested $8,500 to purchase supplies for his business, “Easton’s Eatsies,” in April 2016, according to documents released under the Public Information Act. He made just one payment before defaulting.

An attorney who represents Sierra didn’t respond to a request for comment.
In May 2016, Amanda Valdez borrowed $36,000 to start a silk-screen printing shop, according to documents released under the Public Information Act. She made just one payment before defaulting.

“Basically, the business never took off,” Valdez said in a text message. “I tried making payment arrangements but they were not willing to work with me.”
A judge signed a default judgment against Valdez in September. Valdez said she was never provided with copies of the paperwork.
Auditors repeatedly flagged the delinquent loans.

“Total receivables of $832,016 in outstanding loans have accumulated,” according to the 2018-2019 audit. “Of the total amount specified, half were deemed significantly delinquent.”

The La Joya EDC filed lawsuits against Flores, Sierra and Valdez in 2018, years after they stopped making payments, but the cases quickly started collecting dust.

After the December 2019 election, the City Council replaced the La Joya EDC board. The new board revived the old lawsuits and filed a new case against Ruiz.

“From the EDC’s point of view, we just want to be really transparent,” Caso said. “And give accountability to the citizens of La Joya.”