“This article appeared in the Feb. 12 issue of the Progress Times.”

Following a near hour-long executive session regarding an environmental study cost proposal for the Madero Bridge Project, the Mission City Council took no action on the agenda item. Instead, a workshop will be held Feb. 17 at 2 p.m., where the council will negotiate the price with S&B Infrastructure, the engineering company hired for the rail bridge project.

“These environmental studies take a good solid year and we have to look at all the land and see if there’s any endangered species, any contaminants, any problems,” City Attorney Gus Martinez said. “It’s pretty intensive and you have to abide by a lot of federal stuff. We’re at the negotiation stage in terms of what this is going to cost. It’s not at a green-light-go stage just yet but it’s getting there. We’re just at the cost-analysis part.”

Martinez said the mayor is confident he can persuade S&B to lower their price for the study, which is around $4 million. 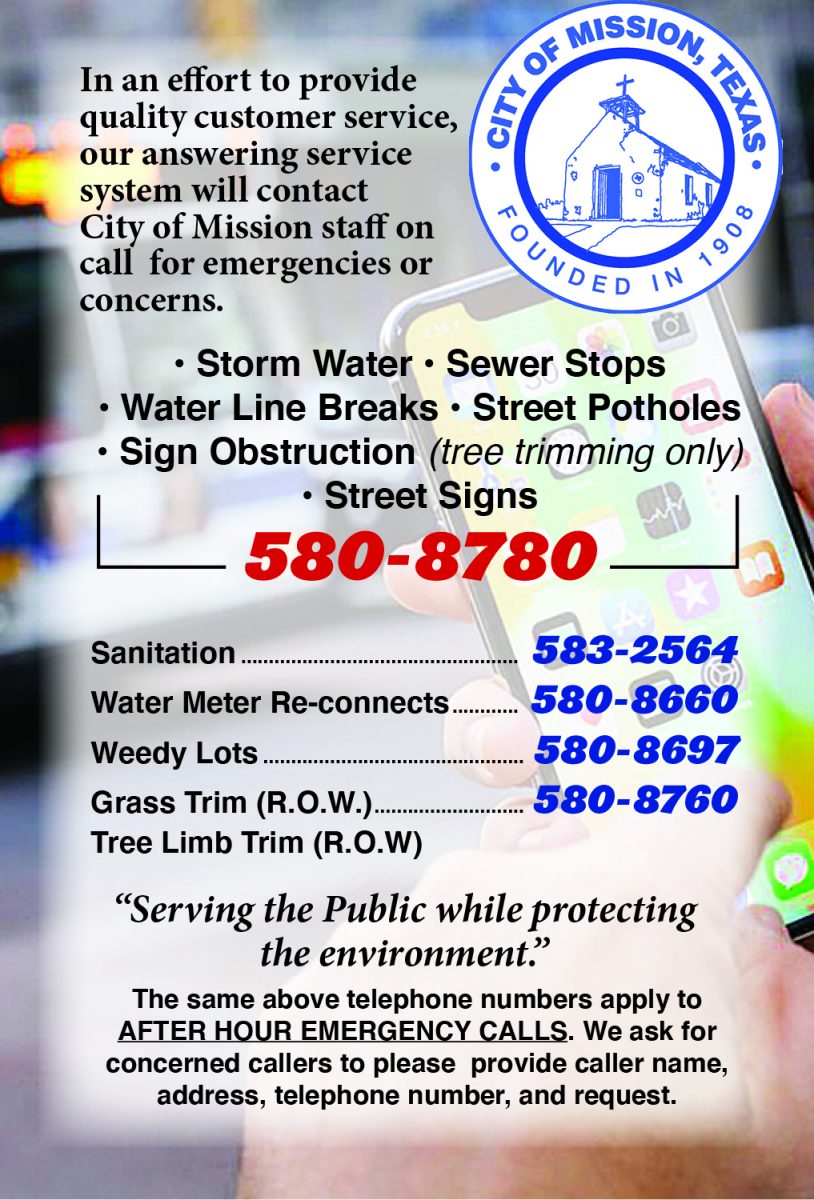 During the meeting, the city also approved authorization to solicit qualifications for a phase-approach annexation service. According to Martinez, there is land west of Palmhurst and north of Palmview that the city has been wanting to annex for some time. However, because it is a paperwork-intensive process, city administrators are gauging whether it might be cheaper to outsource the work.

“We did a cursory check with the appraisal district and it’s not really up to date as to who really owns that land so we have to do that,” the city attorney said. “And a lot of times you engage an engineering firm who then teams up with an appraiser and they can get that information because we don’t really have the manpower to do it. I don’t know who’s going to apply to want to do this for us but we’re not going to spend a ton of money on it.”

Martinez said a common issue that arises when it comes to annexing land is that a lot of residents don’t want to be annexed because they will have to start paying property taxes. But the upside, according to the attorney, is that the city will have to supply police, fire and code services to the new area.

A certain percentage of residents in the designated area have to agree to the annexation in an election unless they volunteer. Voluntary annexation is when residents in a specific area of the city limits submit a letter stating they want to be annexed. Then, the city has to hold a number of public hearings and town halls before holding an election.

In this case, Martinez said the City of Mission will probably add this annexation to the May 2022 ballot, unless a special election is called.

Additionally, Mission City Council approved the three changes to COVID guidelines at the Feb. 8 meeting. The Mayberry Pool and Natatorium at Banworth Park are now open to the public for lap swimming by appointment only, and the baseball fields are also available by rental. The Rio Grande Valley State Veterans Cemetery is also now able to conduct full memorials.