After spending $8 million to renovate Tom Landry Stadium in 2017, Mission CISD will now have to put more money into repairs following a structural assessment that showed cracked piers. Director of Public Relations and Marketing Craig Verley said at this time MCISD cannot speak to what caused these damages.

In light of the assessment results, the school board has not approved final completion for the Tom Landry Stadium renovation project, which has been ongoing since September 2013, after a concerned citizen brought attention to the fact that Tom Landry Stadium was not in compliance with the American Disabilities Act. 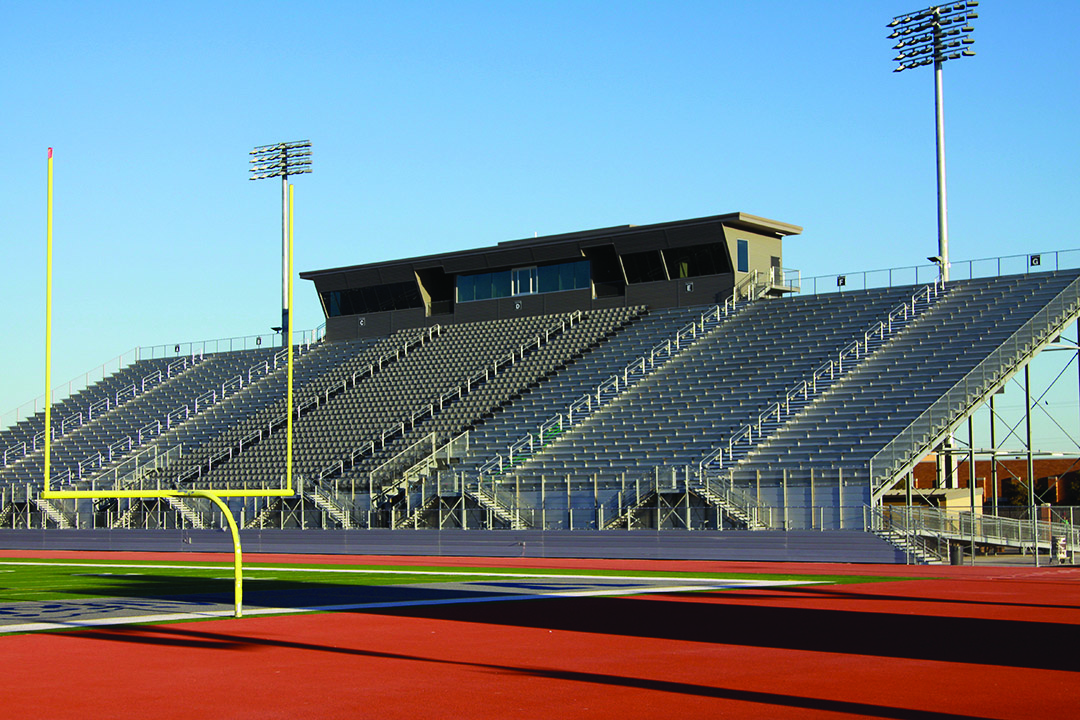 The architect firm hired for the 2017 renovation was Alvarado Architects & Associates of Donna, and the construction company hired was McAllen-based Holchemont LTD. According to a September 2020 Progress Times article, Assistant Superintendent of Operations Ricardo Rivera said MCISD administration had concerns regarding cracks on the concrete and flooding issues. Mission-based firm Hinojosa Engineering Inc. was hired to conduct the structural assessment of the columns supporting the bleachers.

At the Feb. 10 school board meeting, the board discussed consideration and possible action regarding Tom Landry Stadium repairs. Rick Hinojosa of Hinojosa Engineering Inc. gave a report laying out possible options for how to conduct the repairs so the site can be in compliance, keeping in mind MCISD’s goal to have graduation at the stadium in May.

Option two, which can be done before May, is a temporary fix to the 102 cracked piers.

“This temporary repair, what it will do is basically attach the pier to the column. And that would allow the structure to be safe,” Hinojosa said. “Of course it’s going to cost some money and it’s just a temporary repair because the plans still need to be in compliance with the contract documents. In order to do that, you have to repair the piers as the existing design team designed them.”

The cost for each option cannot be determined at this time, as the repair project is still in very early stages.

Following an hour-long executive session to discuss the agenda item, the board approved administration’s recommendation for consideration and possible action regarding permanent and emergency repairs to Tom Landry Stadium, but they did not decide on how to conduct the repairs.

According to Verley, the district’s official general statement prior to the Feb. 10 board meeting is:
On the advice of Hinojosa Engineering, Mission Consolidated Independent School District (CISD) officials are temporarily closing Tom Landry Hall of Fame Stadium to all spectators in the bleachers. The move is being made, based upon recommendations by the engineering firm to conduct some repairs at the facility to address some structural issues. District officials apologize for any inconvenience this may cause to those who might normally been allowed to attend competitive events during this time.