To prune or not to prune, that is the question.

Last week’s arctic blast, and the prolonged extreme cold temperatures that it brought, not only caused many Valley homeowners to lose their electrical service, and in many cases their running water, but it also had a devastating effect on the plants, shrubs, trees and vines in most of our yards. Almost as soon as the temperatures began to climb and Valley homeowners ventured out into their yards, the effects of the big freeze became all too apparent as once green and lush tropical and native plants had been transformed into brown and seemingly lifeless shadows of their former selves. 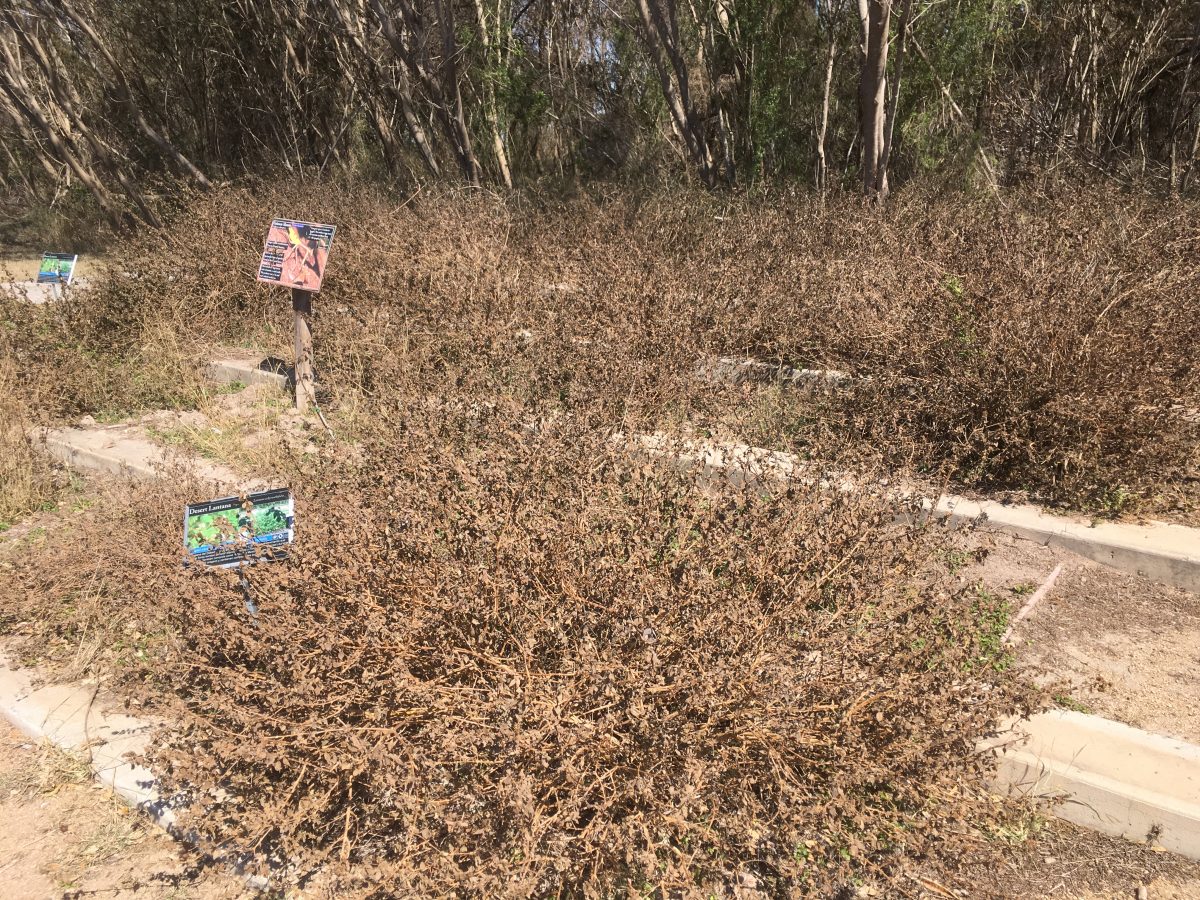 The big freeze that hit the Rio Grande Valley last week may have left most of the National Butterfly Center’s gardens, as well as the plants in Valley residents’ yards, looking dead, but there may still be life left in them. Progress Times photo by Luciano Guerra

As depressing as the sight of your yard may be to you right now, the fact of the matter is that things may not be as bad as they seem. That’s because those brown and seemingly lifeless plants that make up your landscape may not be lifeless at all. And with the proper care from this point on, you could very well help them return to their former beauty and glory.

As many plants as you may have in your yard, that’s nothing compared to the thousands of plants, shrubs, trees and vines the National Butterfly Center (NBC) has on their 100 acres of gardens, trails and native brush-filled property south of Mission. That is why we went to the NBC and asked one of their native plant experts what Valley homeowners like you could and should do now to give your freeze damaged vegetation the best chance of not only surviving, but hopefully of thriving.

Stephanie Lopez is the manager of the NBC’s native plant nursery. As such, she is responsible for growing the plants that either go into their extensive gardens or that are purchased by gardeners and butterfly enthusiasts across the state of Texas and beyond, to plant into their yards and/or butterfly gardens.

When it comes to your plants, knowing what to do, and possibly even more importantly, what not to do, at this point in time is critical. And while you may be tempted to go out into your yard and start pruning everything back, Lopez’s advice is to resist that temptation.

“The best thing you can do right now is to not panic,” Lopez said. “Try to get used to everything looking the way it does and just wait. Don’t prune at this moment because you’ll end up doing more harm than good. The best thing to do is to water everything, but not to the point that you’re drowning your plants. That’s because the lack of leaves and shoots on your plants for the water to go to, could rot your roots if you overwater. However, you do want to get some water to your plants.”

So if now is not the time to prune, then when?

While many Valley residents have tropicals growing in their yards, a growing number of south Texans have been planting natives instead. Why? Because natives take the Valley’s heat and extended dry periods better than non-natives. That’s all fine and good, but what about the cold? Why did the native plants seemingly suffer just as much from the cold as the non-natives?

“Because having it get that cold here is extremely rare,” Lopez said. “So yes our native plants are better adapted for this area, but since we were under a hard freeze for more than 12 hours, you are seeing that the woodier plants like the large trees look a lot better than our smaller and more herbaceous shrubs. And of course our natives did fare better than the tropical plants, which did not fare well at all.” 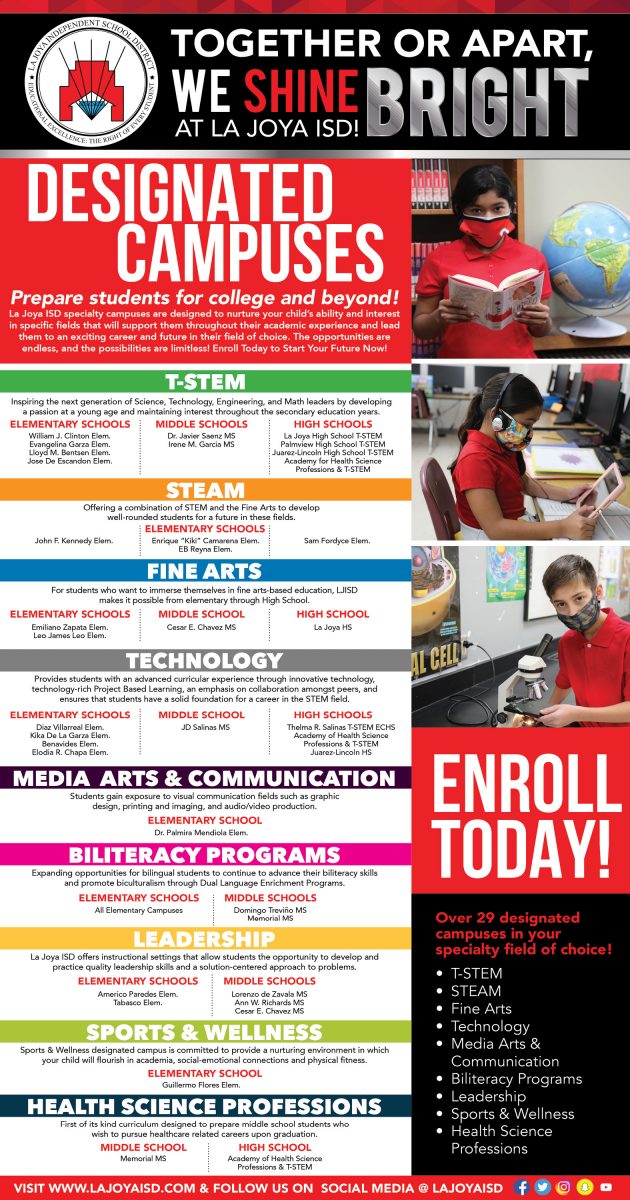 “The good news is that you’re going to see that most of our native plants are going to come back, since they are hardier than tropical plants,” added Lopez. “So I would still encourage everyone to grow natives, and to remember that planting natives helps you to conserve water in the long run.”

Therefore, if you’re wanting to replace the tropicals in your yard with native plants, or if you want to plant a butterfly garden with plants that will fare better than most should the Valley be hit with another arctic blast like last week’s, which plants, shrubs, trees or vines suffered the least amount of damage at the NBC?

“We’re seeing our Live Oaks, Texas Ebony, our Anacuas, Retamas, our resilient Honey Mesquite and Huisache trees all having fared pretty well,” Lopez said. “Also our Texas Sage, or Cenizo, did really well. So much so that we should see some of them start blooming if we get some rain. Our White Yuccas, or Flor de Palmas, also did well and they’re even blooming right now.”

A quick walk through the NBC’s gardens right now is a good way to see what other plants, shrubs, trees or vines withstood the cold the best. And the plants that seem to have suffered little to no damage at all included Golden-eye Daisy, Goldenrod and Rio Grande Mock Vervain. As a matter of fact, Mock Vervain is the only plant species that is blooming and attracting butterflies at the NBC right now.

While the NBC’s nursery is one of the best places in the Valley to purchase native plants, it may be a while until they’re ready to start offering plants for sale to the public once again.

“We did cover the plants in our nursery as best we could, so most of our plants survived,” Lopez said. “While we are not selling anything until we know for sure what survived and what didn’t, we will be having some options for the public soon; especially with the plants that we seeded into trays not too long ago.”

Another reason not to immediately prune your freeze damaged plants is that there are all kinds of insects, in different life stages, using that vegetation as their habitat. A lot of these insects are beneficial to us and most are a food source for birds, lizards and even other insects. Pruning and disposing of that vegetation results in less habitat for those insects and less food for our fine feathered friends.