Competitive swimmers and divers live in a different world. A world that most people only visit on occasion, but a world that people like Mission Veterans’ Ryann Ramirez and Sharyland’s Gabby Gonzalez spend hundreds of hours in year-in and year-out in an attempt at swimming a little faster or entering the water a little straighter.

This past Monday and Tuesday, the best of the best high school swimmers and divers from across the state of Texas congregated at the Bill Walker Pool and Josh Davis Natatorium in San Antonio for the UIL Girls’ State Swimming and Diving meet; Ramirez and Gonzalez among them. While it was Ramirez’s first opportunity to compete at the state level, it was Gonzalez’s third in so many years.

Qualifying for the state meet three years in a row is quite an accomplishment for any swimmer. And while as a junior, Gonzalez will have the opportunity of making it four years in a row next year, she is far from satisfied over her performance this time around. 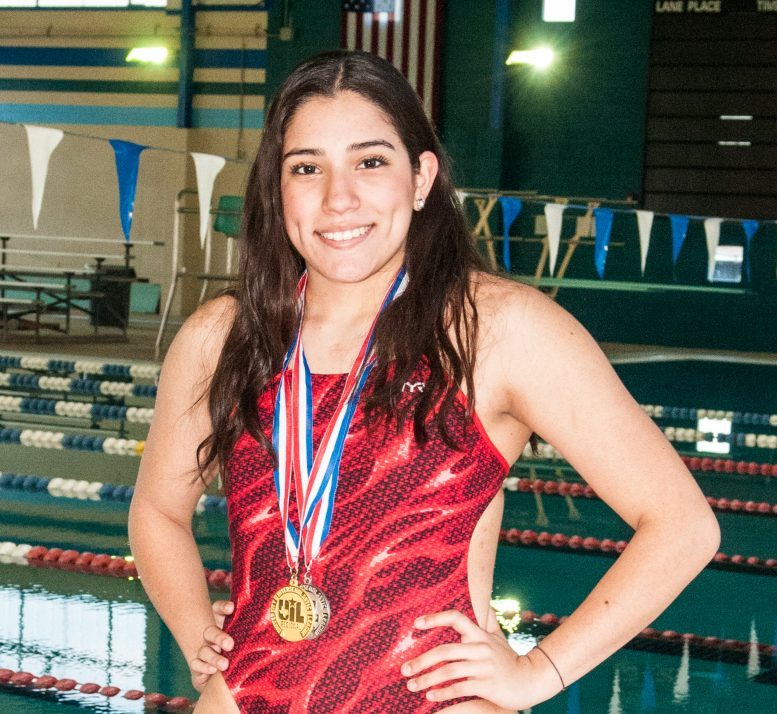 “I placed twelfth out of 16,” Gonzalez said. “I did pretty good but it was not what I expected. But there’s always next year. My goal was to make it into the top eight this year but I still have things to work on. I was really hoping to drop time but I gained about a second in my event. So it is what it is.”

Gonzalez’s event was the 100 yard freestyle which she qualified before by winning the Region IV meet with a time of 53.11 seconds. That time gave her the sixth best time among the 8 automatic qualifiers.

Due to the pandemic, the number of swimmers and divers that qualify for the state meet has been reduced. It used to be that the top three divers from each region and the top two swimmers were classified as automatic qualifiers. This year only the top two divers and the regional champion swimmers were given the opportunity to compete for a highly coveted state medal.

“There were eight automatic qualifiers and eight call ups which if you place second at regionals you could get a call up,” Gonzalez said. “So there are at least 16 swimmers at state in each event.”

Believe it or not, how Gonzalez’s swimming career began is a story that includes popcorn, a Gatorade and a family trip to the zoo.

“When I was about 10 years old, we were walking around at the Brownsville zoo and I was tired,” Gonzalez said. “I told my mom that I wanted to get something to eat so we took a little break. We bought popcorn, Gatorade and some drinks. My mom was ready to leave, so as we were leaving I had to take my stuff with me. I had my Gatorade in my one hand and in the other hand I had popcorn and I was running trying to catch up with my family. All of a sudden I tripped on a loose log and fell on my left arm.”

“As I got up I noticed that my left arm was twisted,” Gonzalez added. “So I start calling for my mom, crying and screaming, ‘Mom, mom.’ When she saw my arm, she noticed that it was twisted. So she took me to the hospital and they told me that I had broken my humerus. That was when my mom told me that running wasn’t for me and she put me in swimming to keep me safe.”

As a senior, Mission Veterans’ diver 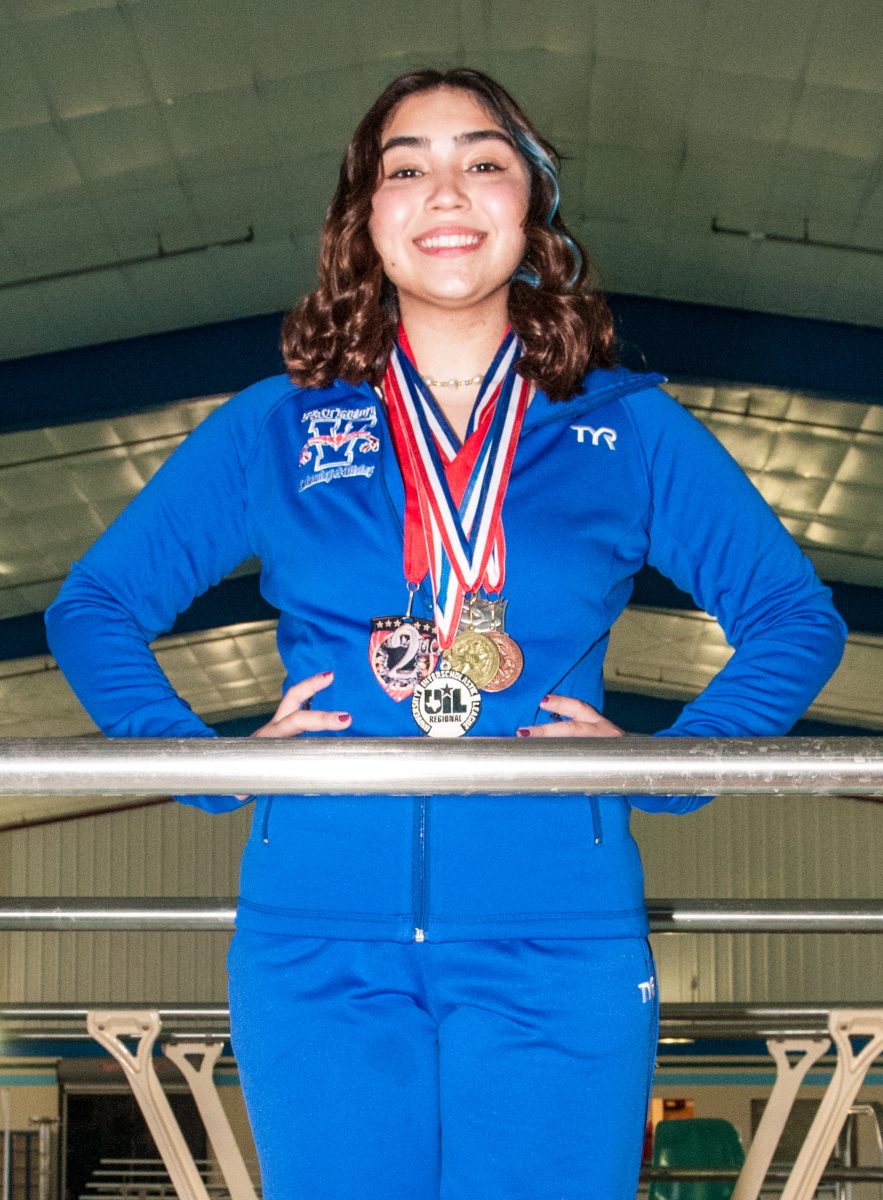 knew that this would be her last shot at qualifying for the state meet. Thanks to her second place finish at the regional meet, she finally realized her dream of being included among this year’s 16 qualifiers.

While qualifying for the state meet is one thing, attaining your goal of placing among the top 10, is another.

“Initially I was ranked 14th so I was hoping to at least stay there, but then I thought that I could aim a little higher,” Ramirez said. “So I decided that 10th place was a good place to go and to aim for. I’m really proud that I ended up actually reaching my goal and placing 10th.”

The fact that Ramirez qualified for the state meet for the first time on her fourth and final attempt at doing so made the opportunity to compete against the state’s best mean so much more.

“The past three years prior to this one, I worked really hard but I was lacking a lot of confidence,” Ramirez said. “This year I decided that I really needed to go for it, do my best and not be afraid. And prove to myself that I could really do it.”

While Ramirez is leaving the door open to the possibility of continuing her diving career at the collegiate level, the fact that she’s ranked third in her class makes the possibility of her earning an academic scholarship more likely than receiving an athletic one.

Whichever way she goes, Ramirez credits one of her Mission Junior High School coaches for giving her the opportunity to dive in the first place.

“Back in seventh grade I went to Mission Junior High,” Ramirez said. “My brother was a swimmer so I decided to try swimming. I had seen the Sharyland divers diving so I begged my coach to please, please, please let me try diving. He went ahead and let me try, and I’m very grateful for that. That coach was Mr. James Sanchez from Mission Junior High.”

After missing out on the state meet for three years in a row, Ramirez made the most out of the entire experience that is the state swimming and diving meet.

“It was amazing,” Ramirez said. “I went up against people that are so amazing and being able to see them up close really stuck with me. That made me realize that I had really made it here. And knowing that I was really up to par and being able to compete against such amazing athletes really sat well with me.”