The Peñitas Police Department arrested a former political candidate last week after he was accused of harassing two women.

Officers arrested Noe Garza Jr., 32, of Peñitas — who mounted a short-lived campaign for Peñitas City Council in 2017 and ran for the Agua Special Utility District board in 2018 — on March 9.

Garza refused to cooperate with police officers, according to court records. They charged him with harassment and resisting arrest. 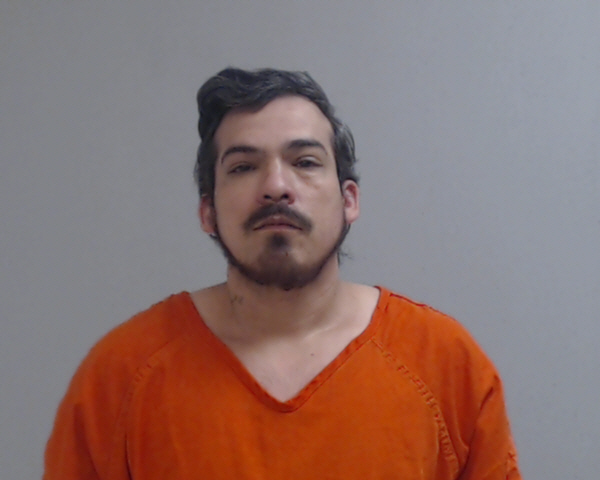 Noe Garza Jr., 32, of Peñitas is charged with harassment and resisting arrest. Photo courtesy of the Hidalgo County Sheriff’s Office.

Garza, though, said he’s actually the person being harassed.

“They’ve been harassing me for years,” Garza said. “They have so many cases against me.”

Officers arrest him whenever he makes a political move, Garza said, adding that the charges never stick.

“To me, it’s not an embarrassment. I really don’t care,” Garza said. “It’s just going to help me in the court of law.”

“Nobody was gunning for him or anything. We got a call that a black vehicle was following these two girls,” Bermea said. “We responded.”

At 10:21 p.m. on March 9, the police department received a call about a black Mercedes following another car, according to Peñitas Municipal Court records. Officers stopped the Mercedes on the 1500 block of Quartz Street, where they identified Garza as the driver.

The women said the driver of the Mercedes attempted to block their car from leaving a neighborhood and started following them.

They didn’t want to press charges. Officers released Garza and escorted the women to their destination, the 1600 block of Sapphire Street.

When they arrived, Garza was already nearby. The women changed their minds and decided to press harassment charges against him.

Officers stopped Garza again near the intersection of Tom Gill Road and Pino Street. They asked Garza to exit the Mercedes, but he refused.

“Mr. Garza advised that they have to drag him out,” according to court records, and he grabbed the steering wheel.

Officers used pepper spray on Garza. After a struggle, they pulled him from the Mercedes.

“I don’t know what triggered him to follow them,” Bermea said, adding that Garza was extremely belligerent and refused to cooperate.

Officers stopped him on the way home from Cameron County, where he works as an instructor at the Texas Southmost College police academy, Garza said. Officers brought a woman over to identify him, but Garza didn’t know why.

As he drove away, Garza said he noticed officers following him. Anxious, he started driving around.

Officers stopped him again, Garza said. He demanded to know why.

“Because, to me, he didn’t have probable cause to pull me over,” Garza said.

Officers asked him to exit the car. Garza said he refused to cooperate unless they explained the reason for the traffic stop.

“And they started macing me,” Garza said. “I think they put two, three bottles of mace in me before they dragged me out the car.”

Officers charged Garza with harassment, a Class B misdemeanor, and resisting arrest, a Class A misdemeanor. Garza insists he’s innocent.

“And you can get the body camera videos,” Garza said. “And you can see that I’m not lying.”