MISSION/SAN ANTONIO – Diana L. Treviño, 56, passed away Friday, March 26, 2021, at Methodist Hospital Metropolitan in San Antonio. Diana will be laid to rest in her beloved on Tuesday, April 6, at 10:15 a.m. at Laurel Hill Cemetery in Mission. 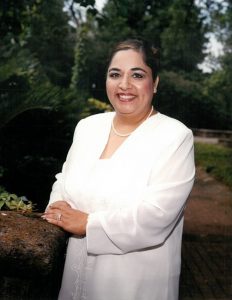 She was born Nov. 2, 1964 and raised in Mission where she graduated from Mission High School in 1983. Diana worked for the Mission School District for 20 years. She loved San Antonio and the Valley, the place she called home.

She married the love of her life, Adolfo Treviño Jr. and relocated to San Antonio.  Diana was a loving wife, mother, daughter, sister and grandmother.