Mission High’s Jose Ortiz does it all

It was a busy few days for Mission High School’s Jose Ortiz the week before Easter. The Friday before Good Friday he was in the net for the Eagles boys’ soccer team as the team faced Los Fresnos in the opening round of the UIL state soccer playoffs. The following Monday he was helping the Eagles track team finish second as a team in the District 31-6A meet. Three days later it was time to take the mound in his role as a pitcher for the Mission High baseball team. 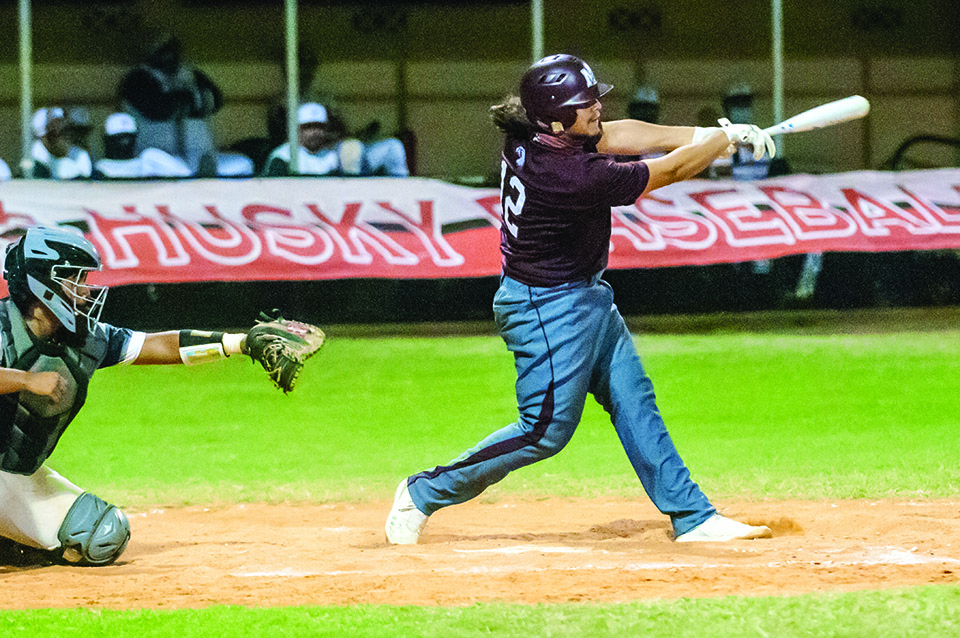 Joey Ortiz in for pinch hit in the 5-2 victory over the Huskies. Progress Times photo by Luciano Guerra.

He was in uniform for the baseball team again this past Tuesday night as the Eagles squared off against La Joya Juarez-Lincoln, getting in an at-bat as a pinch hitter in the 5-2 victory over the Huskies. Ortiz will be back in action as a member of the track team next week at the area track meet in Pharr.

“First things first, because I’m a team player,” said Ortiz when asked about why he joined all three teams. “I’m never going to say no to a coach because if he needs me out there I’m going to give it my all.”

Ortiz, a senior, is referencing his foray into soccer this season, a sport he hadn’t played since his freshmen year. The Eagles and coach Christos Barouhas were in need of a goalie as the season began and assistant coach Aaron Clemons remembered Ortiz from his time on the team years earlier. Clemons, according to Barouhas , also recalled seeing Ortiz on the football field as a tight end for the Eagles and thought he was the type of athlete who could handle both the physical and mental demands of the position. Ortiz, once asked, agreed to give it a try and despite a few bumps along the way, helped the Eagles secure a playoff spot with a 4th place finish in District 31-6A.
Barouhas spoke about Ortiz’s attitude in approaching the position, demonstrating a willingness to learn and do whatever it takes to contribute. “I’ve never seen anything like that; no fear whatsoever,” said Barouhas. “He did great, he just did great. Out of nowhere . . . he saved us.”
The Eagles recorded seven wins and two ties in district play and the team, with the help of Ortiz in net, recorded shutouts in four of those outcomes, rallying in the second half of the season to earn the district’s final playoff spot before falling in penalty kicks to Los Fresnos in the first round of the playoffs.

Mission head football and track Coach Daniel Longoria recalls Ortiz being a quarterback for the Eagles football team as a freshman but also remembered his willingness to do whatever the team needed when the decision was made to move him to the tight end position. “He worked on his speed, he worked on his agility and that’s what made him a very good tight end,” said Longoria.
Good enough to be recognized this past season as the 31-6A West zone’s First Team tight end for his play on the field as well as being named First Team long snapper on special teams. Koy Detmer, the Eagles head football coach last season, gave credit to Ortiz as one of the many receivers who contributed to Mission’s high powered offensive unit that, along with a top notch defense, helped advance them to the second round of the playoffs this year. 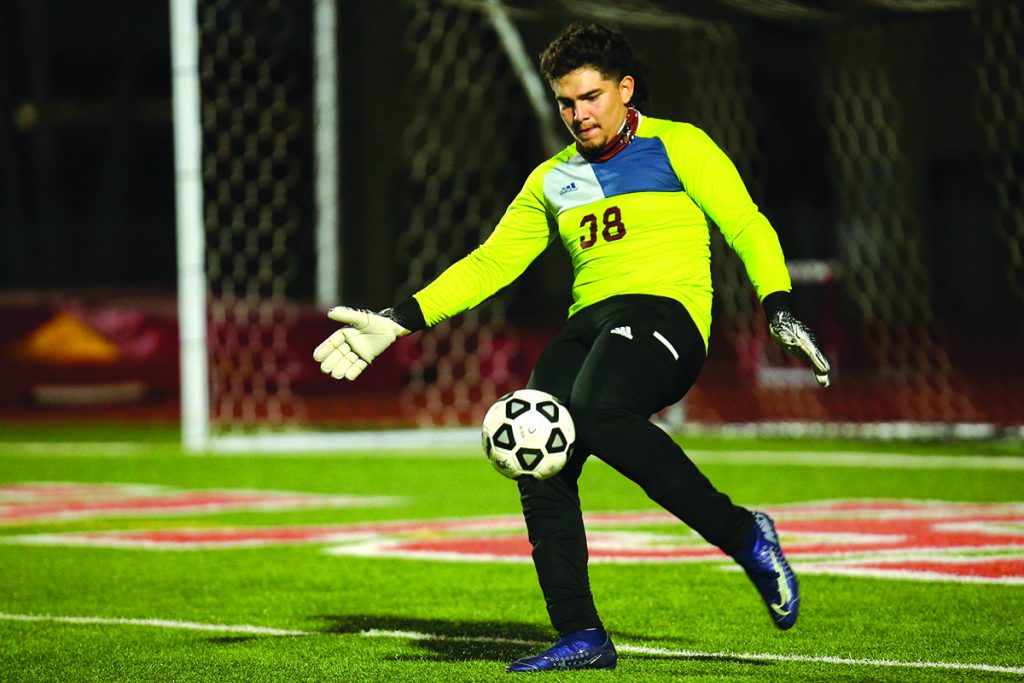 Ortiz’s feats as a member of the track team has earned him the opportunity to advance beyond district in that sport as well. Last week in Pharr, Ortiz won the district shot put title and finished fourth in the discus earning him a spot in next week’s area meet in both events.
While it doesn’t seem likely that the baseball team will reach the post season this year Ortiz is there and doing his part to keep the group, which is made up of mostly juniors, moving forward.
Baseball coach Leo Salinas Jr. is grateful for his presence. “His main contribution is being a good teammate,” said Salinas. “He’s a great teammate; he’s always getting the guys ready to play. Whether he’s in the line-up or not he’s one of the first guys on the field congratulating the guys when they make a good play or get a key hit.”
No matter his role, Ortiz has shown he will do whatever is necessary to do what playing in three sports at the same time requires, sometimes managing a way to practice all three on the same day. “He’s always been that hard working kid that puts (in) that little extra,” said Longoria.
To be sure Ortiz will have a lot of memories to take with him after everything comes to an end this year. “The biggest moment,” said Ortiz, “will be in track; me going to area”; an accomplishment he had never done before this year. “Soccer, also, when I blocked a penalty kick against Los Fresnos was pretty darn good.”
He will leave Mission High having left an impression on others as well, as evidenced by all the positive things said by his coaches. Perhaps more than anything else, however, is what coach Longoria said of Ortiz. “I really, really am very proud of that young man for the way he has represented being, what we call, “being a real Eagle” here in Mission.”