With up to three matches taking place at the same time, wrestling tournaments are one of the best kept secrets when it comes to high school spectator sports. The action is not only intense, but it’s also non-stop as wrestlers ranging in weight from 95 lbs. to 215 lbs. for the girls and from 106 lbs. to 285 lbs. for the boys, do their best to out think, out maneuver and outlast their opponents one-on-one as their coaches scream instructions to them and as their teammates cheer them on. It’s matnificent!

Wrestlers from the four Edinburg high schools, as well as from La Joya, Juarez-Lincoln and Mission high schools gathered together at Mission High to compete in the District 15-6A wrestling tournament Wednesday and while the Edinburg Bobcats took the boys’ team district championship and Edinburg North took the girls’, several individual wrestlers from the three Big 7 schools represented at this tournament did earn themselves district titles. 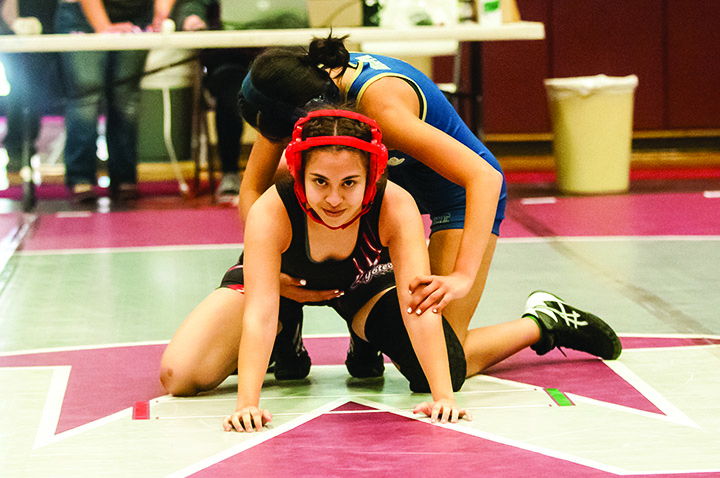 Not only did the Bobcats (13 wrestlers, 181 points) take the district championship in the boys division, but Vela (12 wrestlers, 143.5 points) and Edinburg North (12 wrestlers, 107 points) placed second and third respectively. The fact that those three schools had more wrestlers competing than the other schools had a lot to do with that, according to fourth year Mission Eagles’ head wrestling coach, David Mann.

“With fourteen weight classes for the boys, it was about the numbers,” Mann said. “They had full teams which helped them out quite a bit. They had enough wrestlers from last year as well, while La Joya, Juarez and us, we were a little handicapped with the COVID issue. I didn’t have a chance to recruit any freshmen, or anybody like that, so basically those who were wrestling for me were returners from last year.”

While the point system the UIL (University Interscholastic League) uses in wrestling is a bit complicated, Mann did his best to explain it.

“You get two points when you advance from one bracket to the next,” Mann said. “A pin is two additional points and a major decision is worth a point and a half. If you just win, let’s say 5-3, you get no team points but you do get two advancement points. And then first place gets 19 points, second place gets 16 and so on.”

“I let my assistant coach coach him (Nikolas) because there’s a father/son complex,” Mann said. “His wrestling has improved each year. He was district runner-up last year in the 160 lb. weight class so the district championship this year was kind of a goal. He really worked hard getting there. His biggest issue was everybody’s biggest issue this year, their wrestling weight. He made that goal and made it to 170 so it paid off for him. I’m really proud of him.”

“One more thing that I’d like to say about my son,” Mann added. “He just enlisted in the Army. He was sworn in last Friday. So I’m really proud of him for that, his commitment to the military. So hopefully he’ll take hos wrestling experience, and his discipline, into his career in the Army.” 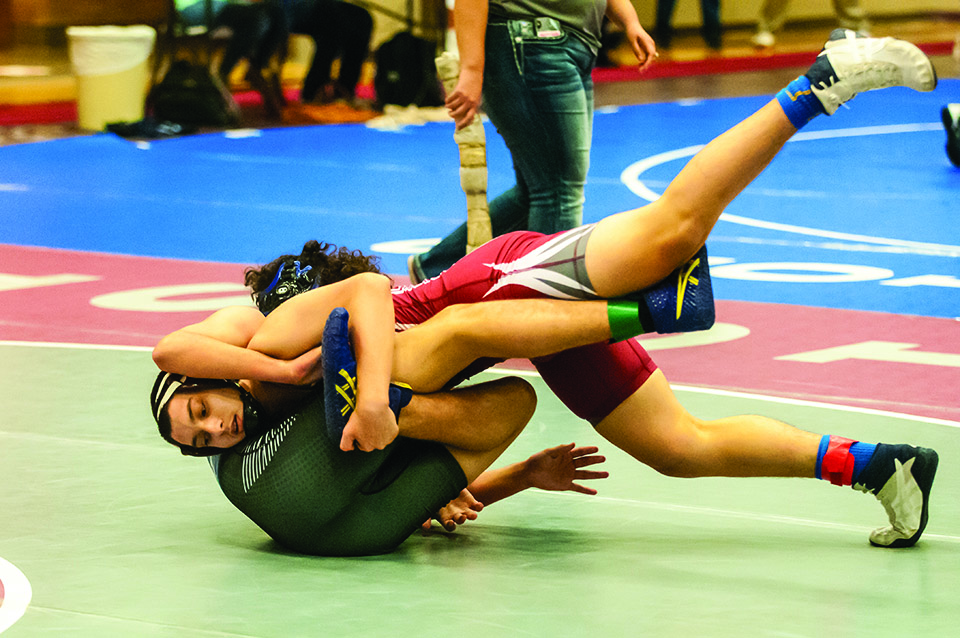 As for Lopez, Mann had nothing but high praise for his super heavyweight.

“Dante is an animal,” Mann said. “I mean that he’s very athletic and very quick for his size. As a 285 lb. guy, he’s very quick. He picked the sport up really quickly. This is only his third year of wrestling and he is now a third year regional qualifier and he went to state last year. I think he placed something like 12th in the state. He should be the number one or number two guy at regionals next week. And that’s because he’s really worked hard at improving and at getting to the next stage.”

The La Joya Coyotes had two boys claim district titles while the Juarez-Lincoln Huskies had one; Andres Ochoa (132 lb. weight class) and Michael de la Cruz (145 lbs.) for the Coyotes and Abelardo Gloria (152 lbs.) for the Huskies.

As for the Big 7 girls, the La Joya Lady Coyotes had two wrestlers win district championships; Natalie Rosas (165 lbs.) and Judith Rivas (185 lbs.). The Lady Coyotes, as a team, were the District 15-6A runner-ups with 105 points. That was just 15 points behind the Edinburg North team that took the district title with 120 points. 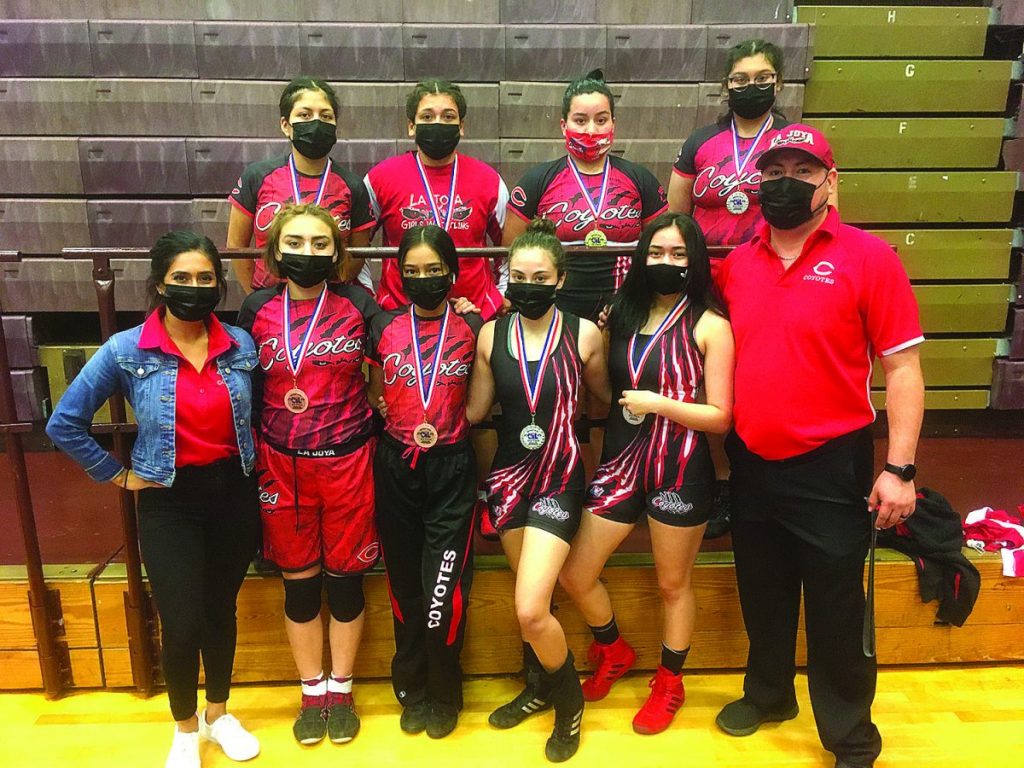 The La Joya Lady Coyotes wrestling team were the District 15-6A runner-ups in the district tournament that took place at Mission High School Wednesday. Progress Times photo by Luciano Guerra

The regional tournament will be taking place Friday and Saturday of next week at Northeast ISD in San Antonio.

As for District 16-5A, which includes Sharyland, Mission Veterans, Palmview and Pioneer high schools, the district tournament is scheduled to take place today and tomorrow at Pioneer High School.