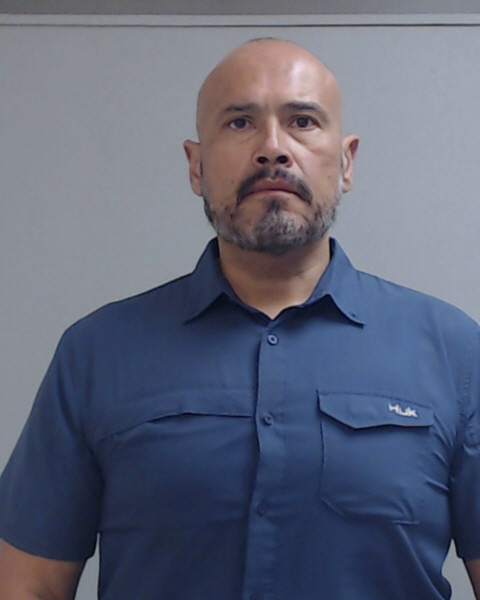 After his arrest on Saturday morning, Rivera was released from the city jail and transported to a medical facility. He was booked at the Hidalgo County jail on Wednesday.

Officers arrested Rivera at approximately 10:35 a.m. Saturday, when they responded to a call about a disturbance on the 900 block of South Third Avenue.

With the investigation pending, Sepulveda said he couldn’t provide any details about the criminal trespass charge or why Edinburg released Rivera to a medical facility.

The Progress Times filed a public information request with the city and a separate request with the Edinburg Municipal Court on Saturday. Neither the police department records nor the court records were available by Wednesday.

Rivera worked for the Sheriff’s Office from 2005 to 2013, when he resigned to join the Texas Alcoholic Beverage Commission.

Rivera returned to the Sheriff’s Office and received a promotion to investigator in 2018, according to documents released under the Texas Public Information Act.

In 2019, the Palmhurst Police Department arrested Rivera after he allegedly pushed an officer during an altercation.

Body camera video, though, didn’t clearly show what happened. A grand jury declined to issue an indictment against Rivera, who returned to work.

In March, the Donna Police Department arrested Rivera after he apparently crashed a Sheriff’s Office truck.

Rivera, who was off duty when the crash occurred, smelled like alcohol and appeared intoxicated, according to Donna Municipal Court records. Officers found 96 alprazolam pills — the generic form of Xanax — in the truck.

After the incident, Rivera responded to comments about his arrest on Facebook.

“I’ll be vindicated sir,” Rivera wrote. “Evidence will speak for it self (sic).”