Erick Ramirez and Victor Garza, who serve as paramedics with Starr County EMS, received the Hometown Heroes award from South Texas Health System during a small ceremony at Starr County Memorial Hospital on Friday, April 16, for going above and beyond the call of duty in their life-saving efforts on a trauma victim involved in a high-speed, T-bone collision. 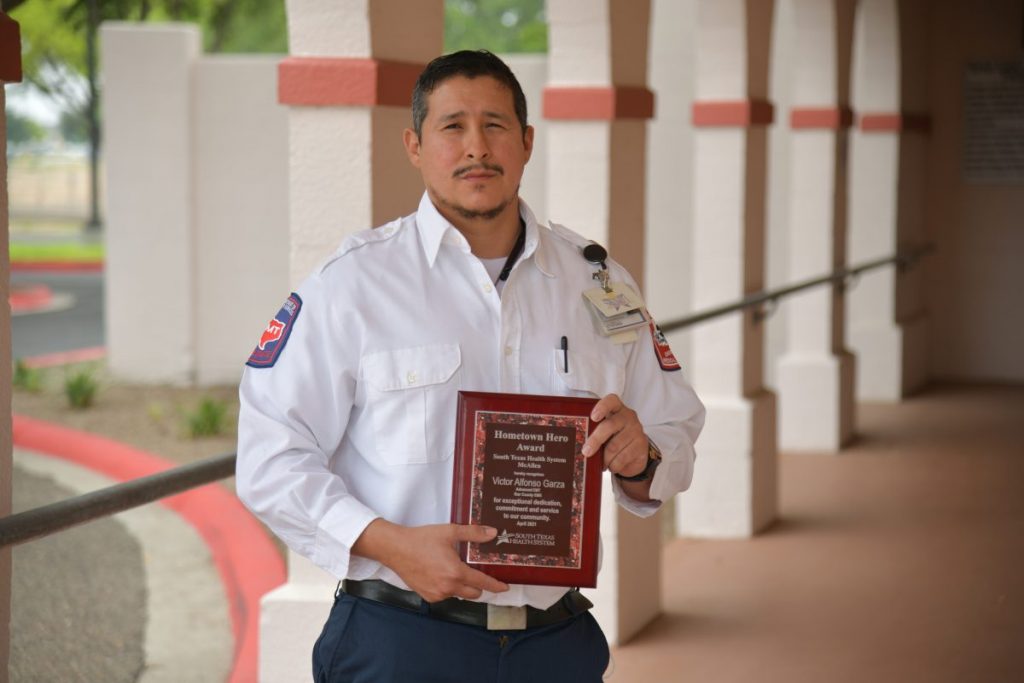 “I’m really honored to be presented with this award, but to be honest we do it from the heart,” asserts Ramirez, who has worked for Starr County EMS for eight years. “We’re not expecting anything in return; it feels good that you’re doing something right.”

Last December, Ramirez and Garza, who has worked with Starr County EMS for three years, were driving their EMS truck back to their station when they happened to drive up to the accident scene. The pair rushed into action to check on the victims and render aid. One of the drivers, who was pinned in the car, was suffering from agonal breathing.

“You could tell in the eyes, it really looked like he wasn’t going to make it,” recalls Garza, who worked tirelessly with firefighters to remove the man, get him into the ambulance and rush him to South Texas Health System McAllen’s Level II Trauma Center. “It was pretty bad, but our instincts and training kicked in, and we just wanted to do everything we could to save this man’s life.”

It’s that “perseverance and stubbornness,” as described by former Starr County EMS paramedic and South Texas Health System Nursing Manager Joe Garza, that ultimately led to not only saving the man’s life, but preventing him from having any serious deficiencies following such a traumatic accident.

“Having worked in EMS for many years, I have seen some horrible accidents. And, I know that when a patient is suffering from agonal breathing, the chances of survival are slim. But, as paramedics, it’s our duty to do everything we can to give someone a second chance at life. And that’s exactly what Erick Ramirez and Victor Garza did,” proclaims Garza, who nominated the duo for the Hometown Heroes award. “They really went that extra mile to stabilize the victim and get him to the hospital in that critical ‘golden hour.’”

Clinicians have long suggested that trauma patients are most likely to survive if they receive medical and surgical treatment within one hour—the so called “golden hour.” And Ramirez and Garza arrived to South Texas Health System McAllen in exactly that time. He went straight from the ER to the operating room with a trauma surgeon and neurosurgeon, and ultimately walked out of the hospital with minor deficiencies. 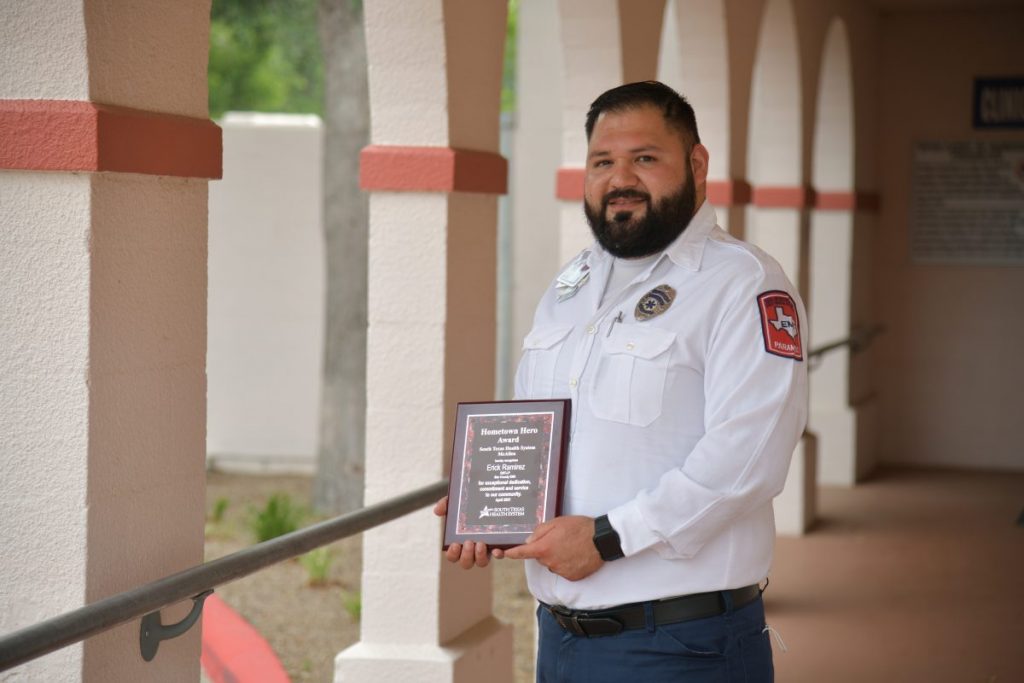 “The entire way to the hospital, I was just praying to God that he’d make it. Because all I could see was this man and his family members, who were standing outside of the vehicle while we worked on him. He was a father and a husband,” says Ramirez. “These people depend on him, and so I just had to do my job to the best of my abilities to help him survive, and take him to the proper facility where he was ultimately going to get the care he needed. Originally they gave us a poor prognosis, so to see that he made it with minor issues is incredible.”
Ramirez and Garza are the first Starr County first responders to receive South Texas Health System’s Hometown Heroes award. For their life-saving efforts, they each received a plaque during the special ceremony that was held in front of their Starr County EMS colleagues and Starr Count Memorial Hospital peers.

Physicians are independent practitioners who are not employees or agents of South Texas Health System. The hospital shall not be liable for actions or treatments provided by physicians.