Five boys and four girls from the seven Mission, Sharyland and La Joya high schools, the Big 7, have qualified for the University Interscholastic League’s (UIL’s) State Wrestling Championship tournament which is being held today and tomorrow at the Berry Center in Cypress, Texas. Three of them did so by winning a championship, three by placing second and three by placing third at their respective Region IV tournaments last week. 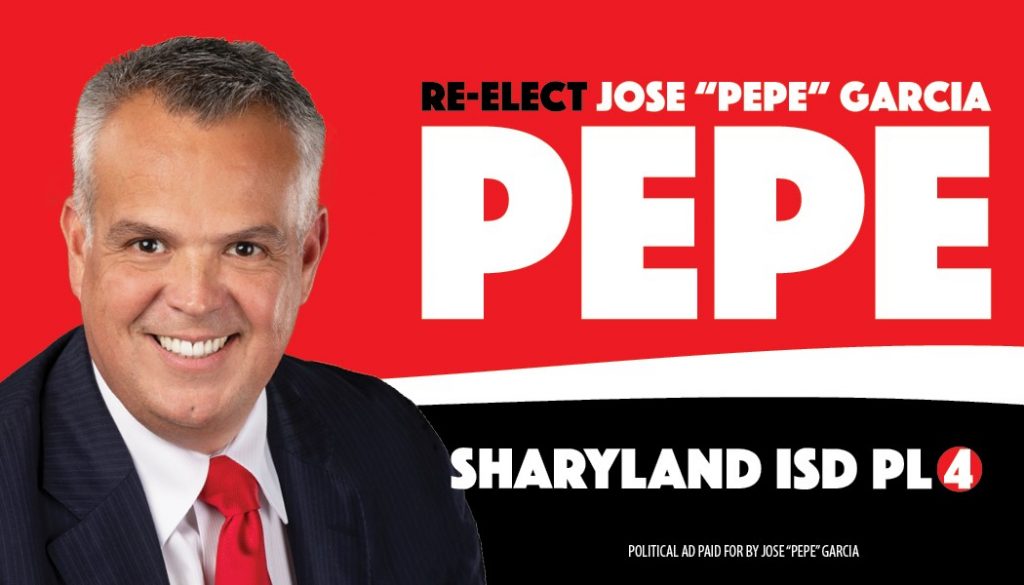 Mission and La Joya high schools each had only had one state qualifier this year.

Now in her senior year, La Joya’s Judith Rivas will be making her fourth trip to the state tournament. She earned the right to make it four years in a row by winning a regional championship in the 185 lb. weight class last week; which she did by winning all three of her matches by pins. 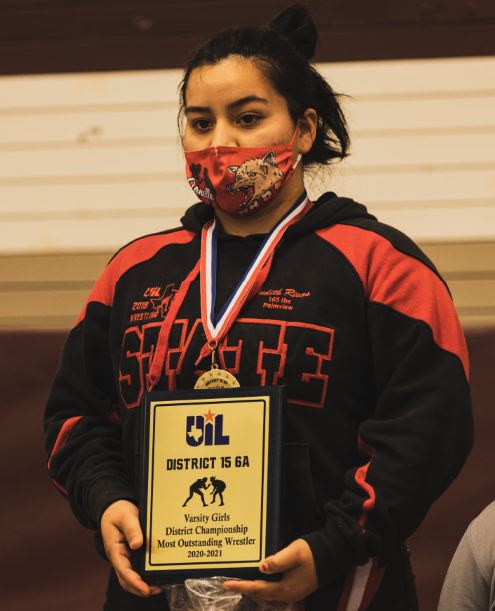 “I had three matches at the regional tournament and I was very nervous,” Rivas said. “My first match was actually very difficult because I needed to win that one in order to go to the first and second (place match). I won that match with a pin in the second round. I did the same in my second match. I then advanced into the championship match and I went up against a wrestler that I had never wrestled before. That was a hard match because we both wanted to get first place. I won that match during the final seconds of the third round.”

While Rivas did qualify for the state championship tournament her freshman year, it was as an alternate and she did not get the opportunity to wrestle. Her sophomore and junior years were a different matter altogether as she did wrestle both times, even if she didn’t do as well as she would’ve liked.

“My sophomore year I lost my first two matches on the first day,” Rivas said. “Last year I made it to consolation. I won my first match but I lost my second and third (matches).”

“I did not compete until the District tournament because I was trying to cut down weight,” Rivas said. “I was trying to cut down to 165 lbs. but I did not make it. So I just stayed at 185 lbs. Also, I lost my Dad to COVID so I didn’t really think about coming back to wrestling. But all the coaches that were looking out for me told me to come back so I decided to give a try. And I came back.” 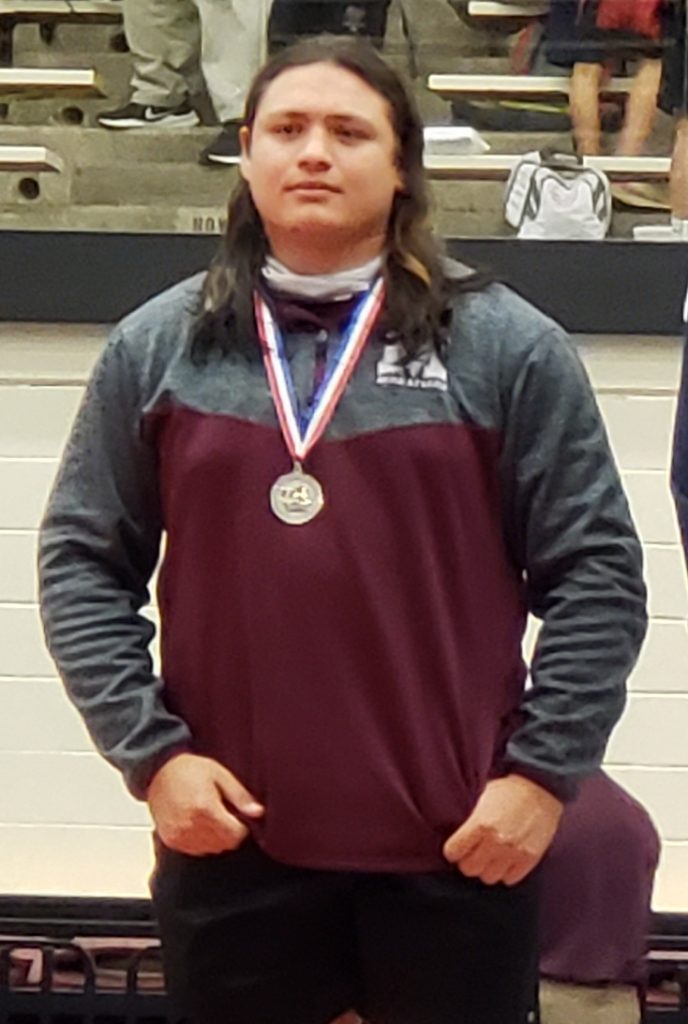 With this being his third trip to Cypress, Mission High School’s Dante Lopez is no stranger to the state championship tournament. He qualified as an alternate his sophomore year, his first year of wrestling, and he placed third at last year’s Region IV tournament to earn a return trip. This year he has compiled a 13-1 record and he placed second at regionals in the 285 lb. weight class to make this heavyweight a three-time state qualifier. Which, when you take into account the level of competition he had to go up against at the regional tournament, is no easy feat.

“My first match at regionals was my first match against a higher level opponent since last year’s state tournament,” Lopez said. “Throughout the season we wrestled against teams that were primarily in our district. Without so much variety you really don’t have that experience. So going into my first match I was not as well prepared as I usually would be. So that first match was a close match that ended up with me getting a last minute takedown to win 7-6.”

“My second match was a different level of competition as well,” added Lopez. “It was in the semifinals and I ended up winning that match 8-4. I took the guy down and I was able to get extra points. Then in the finals match, I made one bad mistake and I ended up losing that match.”

Unlike some high school sports, wrestlers were able to complete their seasons last year before the UIL shut down of all extracurricular activities due to the COVID-19 pandemic. And while it appears that Dante and the other Big 7 state qualifiers will be able to complete their seasons this year as well, the pandemic has resulted in this wrestling season being like no other that anybody has seen. 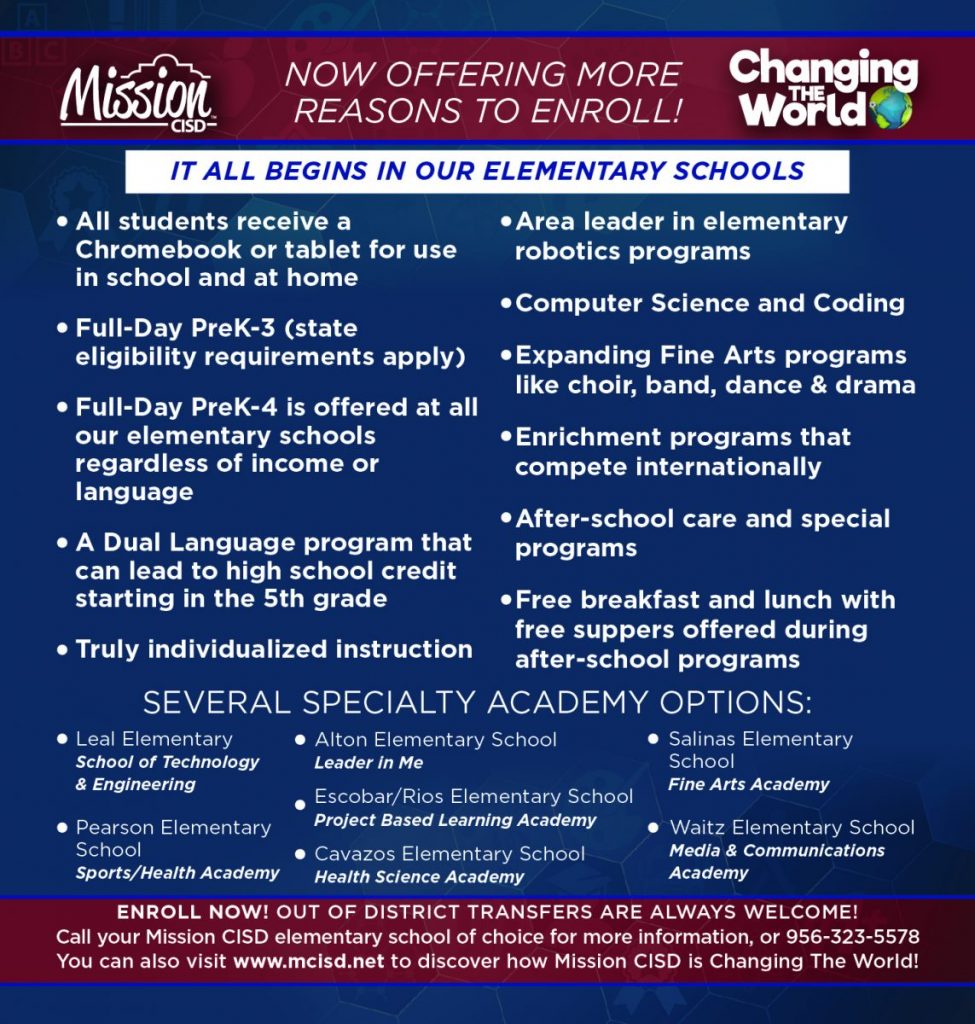 “Due to COVID restrictions, most districts down in the Valley did not allow tournaments, so we had to compete amongst fellow schools nearby,” Lopez said. “They were mostly schools nearby that we’ve wrestled before like Edinburg, La Joya, Sharyland Pioneer and Mission Veterans.”

When asked what it is that he’s looking forward to the most at the state tournament, Lopez said, “Just the different level of competition and the overall atmosphere. The Berry Center up in Cypress is one of the most amazing experiences that you can feel as a wrestler. Seeing everybody going at it, you feel a sensation that you are one of the select few that was able to qualify for this tournament.”