Big 7 baseball’s 5A teams all moving on

Sure things in the sports world are rarities. Other than Tom Brady taking a team to the Super Bowl or a major pile up unfolding at Talladega in a NASCAR race there are few others. I have found one that is getting close though. Expect Big 7 baseball teams to make the playoffs.

Two years ago, my first year covering sports for the Progress Times, four out of seven did. They all won at least one playoff game that year as well. This year there will be five Big 7 baseball teams in the postseason including all four of them from the 5A ranks. The success of these teams (La Joya Palmview, Mission Veterans, Sharyland High and Sharyland Pioneer) can be traced back to before 2019 as well.

While Palmview and Veterans ended the regular season last week in District 30-5A, the two Sharyland schools clashed this past Tuesday night at Sharyland High in the first of three games each are scheduled to play this week to wrap up the District 31-5A regular season. While both had already secured spots in the postseason last week, this one still had ramifications on both the district title race and playoff seeding.

The Diamondbacks came in tied for first place in the district with McAllen High, hoping to either stay tied or, with a loss by McAllen, possibly move into first place by themselves with a win. The Rattlers entered the contest just one game behind both Pioneer and McAllen in third with the hopes of moving up into a second place tie with Pioneer (or even a three way tie for first) as well as the chance to avenge an 8-0 loss to the Diamondbacks from earlier in the season.

The Rattlers jumped out to an early 4-0 lead and answered every challenge they faced after in defeating the Diamondbacks 11 -3. Both teams are now 10-2 in district and each have two games left to play later this week to close out the regular season. The two teams trail first place McAllen High in the district standings by one game going into this weekend’s final games.

Kike Cienfuegos earned the win for the Rattlers, striking out six before leaving the game in the sixth inning due to pitch count limits. David Lopez took the loss for the Diamondbacks.

The Rattlers took the lead with four runs in the second inning that included run producing hits from Diego Diaz and Saul Soto. The Diamondbacks’ Angel Larranaga and Stevie Quintanilla helped cut the deficit to one with run scoring hits in the third inning, but it would be the only inning that they managed to score in despite getting at least one runner on base every inning.

Cole Gerlach drove home three runs with a hit in the fifth to help extend the Rattlers lead to 8-3 and the team added three more in the sixth on a combination of hits, walks and batters hit by pitches. The win keeps the possibility in play of a three way tie for first place in District 31-5A with a big showdown scheduled for 7 pm tonight between the Rattlers and McAllen High in McAllen. The Rattlers close out the regular season tomorrow when they host PSJA Memorial at 12 pm.

The Rattlers lost their two top pitchers to injury before the season even started but the young squad has far exceeded coach Bart Bickerton’s expectations. “To be honest . . . we thought we were going to be a .500 ball club and we were going to fight to get into the playoffs,” said Bickerton. “They have completely amazed me; they’re sitting in a position to win the district on Friday night.” Tuesday’s win improved the Rattlers record to 23-3 in 2021.

Diamondbacks’ coach Casey Smith remained positive after the loss. “One of the things I think that we have in us is the ability to bounce back, you know when things haven’t gone our way,” said Smith. “Every time we have lost (this year) we’ve bounced back and won the next one. Hopefully that’s something that as a unit we can have a short term memory and get back to work tomorrow at practice and start to play our best baseball; because I don’t think we’ve done it yet.”

The Diamondbacks, who are now 24-3 on the year, travel to PSJA Memorial tonight for a 7 pm contest before ending the regular season with a 12 pm home contest against McAllen Memorial tomorrow.

As stated earlier, the two Big 7 teams from District 30-5A, Palmview and Veterans, both finished district play last week. The Lobos finished second in the league with an 8-2 mark (13-2-1 overall) while the Patriots finished fourth with a record of 4-6 (7-11 overall).

Palmview has now made the postseason eight times under the tenure of Manuel Garcia Jr., doing it this year with a lineup that is made up of almost all underclassmen. The team’s two district defeats both came in close games against 30-5A champion Rio Grande City, who went undefeated in district play.

Garcia spoke about how those two games helped his team. “Playing Rio; I told the kids, “You played a good team, a solid team. That’s a senior ball club we played and they struggled to beat you.” Garcia has been especially pleased about how his team has progressed this year. “We’ve got 17 ballplayers and they understand now about being committed and working hard and wanting to win . . . they’ve done well.” Garcia went on to comment on how his players keep each other focused. “That’s what I like about this group.” 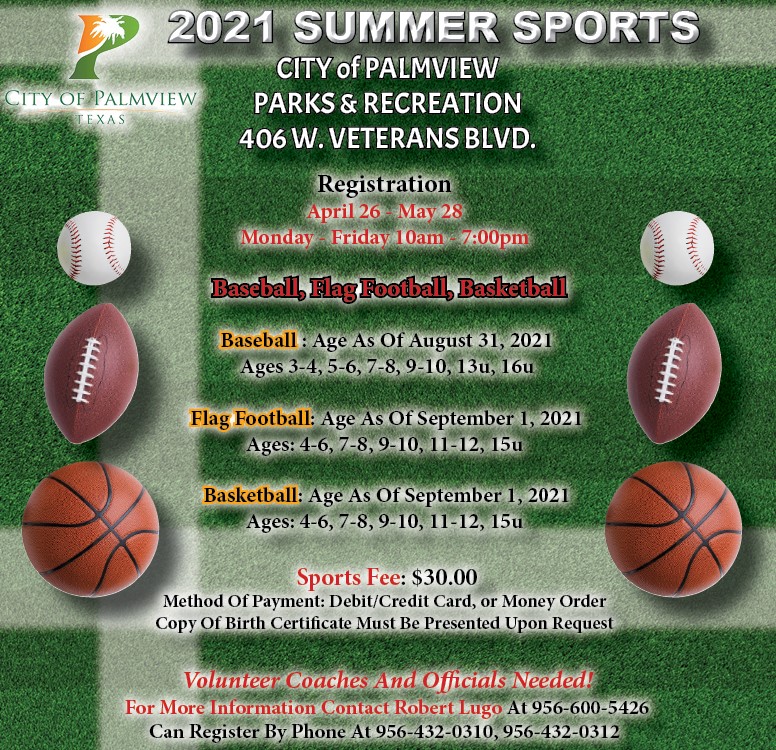 The Patriots are back in the playoffs for the first time since 2017. This season also marks the first playoff appearance for coach Ben Gonzales. The team started off 1–3 in district play, losing two by close margins. A one run loss to Roma to begin this month dropped the team to 2–5 with only three left to play before the group won two of their last three to claim the districts final playoff spot. The team’s last two wins have come by a combined score of 39-1.

Gonzales commented on how the team rebounded after one of those tight, early losses. “We could have given up after we lost to Martin and said, “You know what, the heck with it and just . . . folded the whole way through, but we bounced back and we just keep trying to find a way to win.”

The baseball playoffs are scheduled to begin the week after next with the University Interscholastic League stating that first round games or series be completed by May 8.