Brownsville Border Patrol Station agents working near Brownsville observed a white Ford Ranger driving away from banks of the Rio Grande. As agents responded to the area, the vehicle changed direction and headed back towards the Rio Grande. Smugglers then attempted to load the vehicle onto a makeshift raft which was used to bring the vehicle into the United States. The vehicle became stuck on the riverbank during the process of loading it onto the raft. The driver was seen jumping into the river and absconding into Mexico. 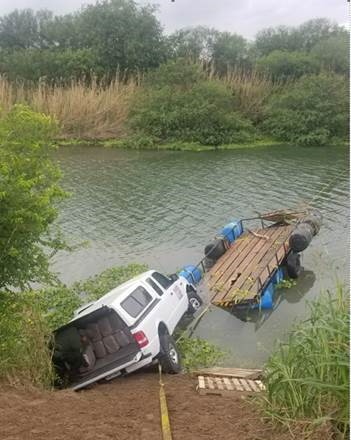 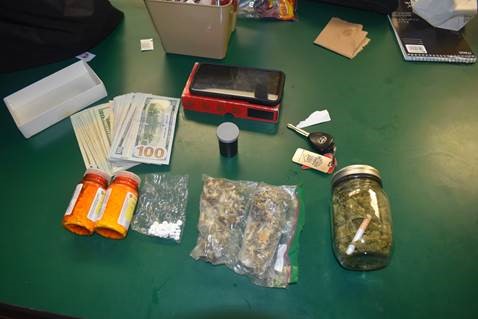 Agents extracted 32 bundles of marijuana with a weight of approximately 730 pounds. The seized marijuana is valued at over $500K.

That same afternoon, Kingsville Border Patrol Station agents working at the Javier Vega Jr. Checkpoint, were conducting checkpoint operations when a male subject driving a white sedan arrived for an immigration inspection. At that time, the K-9 handler informed the primary agent that his K-9 alerted to the trunk area of the vehicle.

The vehicle was then sent to secondary inspection, and the driver bypassed the inspection area and proceeded to drive away from the checkpoint. Kenedy County Sheriff’s Office was advised and encountered the vehicle near La Parra Road in Sarita. The vehicle was observed entering a nearby ranch through an open gate. Authorities reported the driver attempted to flee from the vehicle, but was quickly apprehended.

Agents searched the vehicle and discovered narcotics throughout. Agents seized methamphetamine pills, THC edibles, marijuana, mushrooms and Xanax tablets. The case was turned over to the Kenedy County Sheriff’s Office. 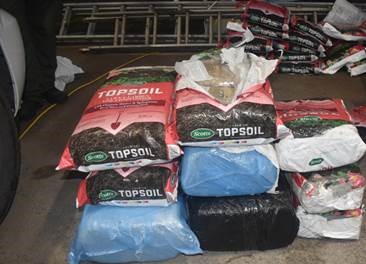 Later that evening, agents at the Javier Vega Jr. Checkpoint, inspected the driver of a Ford truck towing a flatbed trailer. During the inspection, a service K-9 alerted to the trailer, and the vehicle was referred to secondary inspection for further investigation.

In secondary, the K-9 alerted to two pallets of topsoil on the flatbed trailer. Agents removed the topsoil packages and discovered several plastic wrapped bundles of marijuana.