A week after federal agents searched a McAllen law office, the focus of their investigation remains a mystery.

News about the search rocketed through the legal community — and left many attorneys stunned.

“I’ve known Eric a long time,” said attorney Norman Jolly of Houston, who worked with Jarvis on construction defect lawsuits and other civil cases during the past two decades. “And not a hint that he would perpetrate or suggest perpetrating anything illegal, as far as I know the man. He’s got a family. He’s making a good living.” 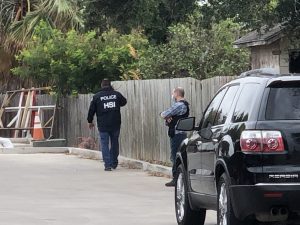 “The criminal investigation is ongoing, and no further details are available at this time,” according to a statement released by Nina Pruneda, a spokeswoman for the agency.

A person familiar with the matter, who spoke on the condition of anonymity to discuss private conversations, said the investigation involved how Jarvis used PACER, a computer system that makes federal court records available to the public.

While anyone with a PACER account may access court records, providing them to people involved in criminal activity or acquiring them to further a criminal conspiracy is risky.

De La Cruz never handled drugs or committed a violent crime, according to his attorney. Prosecutors, though, indicted him on a conspiracy charge.

Jarvis hasn’t been arrested or charged with any crime. A woman who took a message at his law office said Jarvis returned to work April 23.

Eric Samuel Jarvis, 47, of Mission graduated from the University of Texas School of Law in 1999, according to the State Bar of Texas directory.

“The only thing that comes to my mind is he did excellent work here in my office,” Garcia said. “He was a very competent, very qualified, very intelligent young man when he was here.” 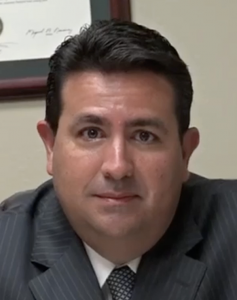 The scandal made headlines for months.

The FBI investigation hurt Aparicio, but he still managed to win nearly 53% of ballots cast during the primary, according to results published by the Texas Secretary of State’s Office.

“That’s not close, really,” said former Hidalgo County District Attorney Rene Guerra. “If you have somebody being raided by the FBI and under investigation, and you get beat by five points, that’s a landslide without any FBI influence.”

Aparicio, who was never charged with a crime, died by suicide in April 2005.

In 2006, when the state held a special election for the remainder of Aparicio’s term, Jarvis ran again. He faced Edinburg City Councilman Ricardo Rodriguez Jr., who resigned to run for judge.

The law enforcement unions, which had supported Jarvis in 2004, backed Rodriguez instead. Mayors, state lawmakers and school board trustees from across Hidalgo County also endorsed Rodriguez, who campaigned relentlessly.

Rodriguez crushed Jarvis in the Democratic Party primary, winning about 65% of the vote.

Jarvis had lost the election, but he still had a promising legal career.

Davila’s girlfriend told the Texas Rangers that he referred clients to Jarvis.

Davila confirmed her story. He also told the Texas Rangers about bringing Jarvis to a meeting with Tomas “El Gallo” Gonzalez, a drug trafficker who donated money to the sheriff’s re-election campaign.

When the Sheriff’s Office raided Gonzalez’s property, he called Davila for help.

Davila called a corrupt deputy and a commander at the Sheriff’s Office, fishing for information. He also arranged a meeting with Gonzalez. 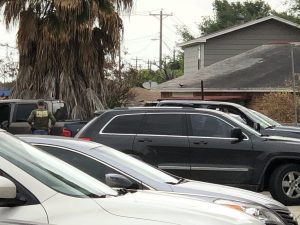 “DAVILA called Attorney JARVIS and met him in Weslaco with GONZALEZ,” according to a Texas Rangers report on the incident. “DAVILA advised that he received $35,000.00 to $40,000.00 from GONZALEZ.”

Guerra said he didn’t find the story about Jarvis and Davila credible.

“As far as I know, he has always had a good reputation. I don’t know of anybody who has questioned his integrity and his honesty,” Guerra said. “But I don’t know what may be happening regionally.”

If Jarvis had any shortcomings, Guerra said, they simply involved his failure to read the political tea leaves correctly.

“On Jarvis, if he did something wrong, I’m sad to hear it,” Guerra said.

Jolly, the attorney from Houston, had a similar reaction to the search warrant.

“The police go into a lawyer’s office. That doesn’t mean that he did anything illegal,” Jolly said. “They may be looking for something one of his clients did. I don’t know. That would be my guess.”