The Sullivan City Council disbanded the United Committee last week as part of a plan to create a new system of advisory committees.

During a meeting on April 23, the City Council voted to disband the United Committee — a volunteer organization that had about 20 members — and create the new committee system.

“First of all, we would like to have more participation,” said City Councilman Jaime Villarreal. “I know there are a lot of people out there that want to form part of these committees.” 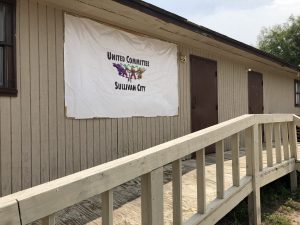 The Sullivan City Council disbanded the United Committee on April 23, 2021, as part of a plan to create a new system of advisory committees.

Unlike the United Committee, the new committees would be smaller and focused on specific topics.

“I just think it’s going to be a little bit simpler, easier, maybe, to break it up into, basically, focus groups, for different aspects of the city,” Mercado said.

Many cities, including McAllen and Mission, use small advisory boards to solicit feedback on important issues.

“There are a lot of community members out there that are interested in helping,” Mercado said. “I just think this is the first step.”

Members of the United Committee, however, said the City Council made the decision without consulting them.

Minutes after the City Council meeting adjourned, they went to the United Committee headquarters and started packing.

“If they want to make this city a better city, they’re going the wrong way,” said Hermelinda Salinas, the president of the United Committee.

Volunteers collect about $8,000 to $9,000 annually for United Committee events, Salinas said. They spend the money on school supplies for children, a Halloween party, a Thanksgiving food giveaway and a Christmas toy giveaway.

“We’re here for the whole community — Los Ebanos, Cuevitas, in back of Benavides and here in the city of Sullivan,” Salinas said.

“Anybody can come in here. This room is not a political room,” Salinas said. “We get donations from whichever political party there is. We do not refuse anybody.”

Salinas said she wasn’t happy with how the City Council treated United Committee volunteers and wouldn’t apply to join the new committees.

“They could have talked to us. Even if they would give us an order like: ‘You know what, committee, we need to talk to you because we are closing the committee or we are going to shut it down or whatever,’” Salinas said. “They didn’t even ask us or tell us anything. This was a surprise for us.”