It’s taken 12 years but the Palmview Lady Lobos softball team is making its first ever appearance in the UIL state playoffs this weekend. Actually, if all went as planned, Coach Jessica Cardenas-Russell’s Lady Lobos opened their best of three series against the 9-4 Flour Bluff Lady Hornets at Flour Bluff High School last night. And if all continues to go as planned, they will play game #2 at Palmview tonight at 7 and, if necessary, game #3 will be played tomorrow at Flour Bluff at 2 p.m. 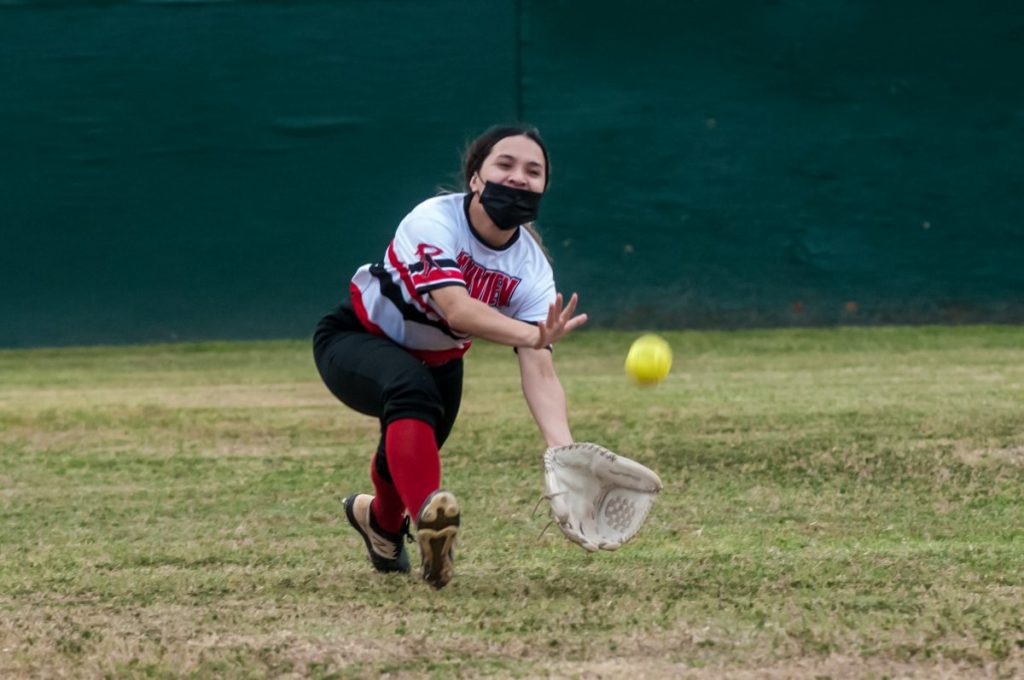 After having their season cut short last year due to the UIL’s COVID-19 shutdown of all extracurricular activities, Cardenas-Russell and her girls made the most of their opportunity to play an entire season this year as they won eight out of their 10 District 30-5A games and finished just one game behind the 9-1 Rio Grande City Lady Rattlers in the standings. As a matter of fact, the Lady Lobos went into their final game of district play with a chance to claim a share of the district title with a victory over Roma and a Lady Rattlers’ loss to Laredo Martin. And while Palmview took care of their business with an 11-1 victory over Roma, Rio Grande had just as easy a win over Martin with their 14-4 five inning victory.

As a result, the Lady Lobos are entering their initial post season action as the district’s second seed. But that is perfectly fine with Cardenas-Russell who is thrilled and extremely proud to have played a part in helping her girls make Palmview High School sports history.

“It means a great deal to me,” Cardenas-Russell said. “But it means more to me because I wanted this for our girls. For us coaches it means something but for them I feel that they worked hard to get where we’re at. We’ve always had good teams in the past but we were never able to find that team chemistry. We weren’t able to put the pieces where we needed them. This group of seniors has been through those teams and they’ve been able to withstand and stick through the entire season this time.”

So what is it about the 2021 Palmview Lady Lobos team that allowed them to finally break their double digit long post season drought? Cardenas-Russell knows exactly what it is. 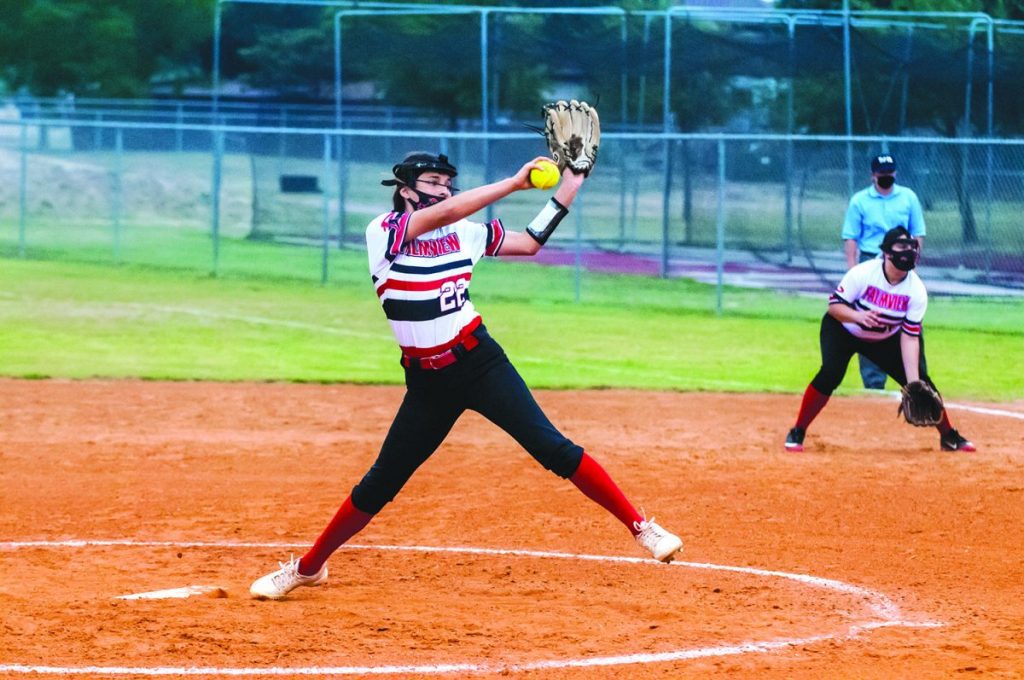 They (her players) have really bonded,” Cardenas-Russell said. “Honestly I can say that because we have all had to endure all we’ve had to deal with in regards to COVID for the whole year, I think that has brought us together because it really made us realize that our season is not guaranteed. I think that really helped us because coming in we all shared the same fear of not knowing how long we were going to get to play. We had those bumps in the road where we were sidelined and I think that really helped bond us because all together we really, really wanted to have a season.”

Historically speaking, Flour Bluff sports teams have been a nemesis to Big 7 5A teams over the years. Whether it was on the gridiron or on the basketball court, the Hornets have gotten the better of Big 7 teams more often than not. That however is not something that Cardenas-Russell is about to let dampen her spirits as she prepares her players for the biggest series of their softball careers.

“Flour Bluff will be a tough opponent for us,” Cardenas-Russell said. “I know that they are a big time offensive driven team. But I’m confident in our defense to be able to match up with them this time around. And hopefully we’ll break their nemesis role against Valley teams.”

The 2021 Lady Lobos’ roster is made up of three freshmen, six sophomores, six juniors and five seniors. One of those seniors is Bianca Fernandez who plays shortstop and second base. In 13 games this season Fernandez has batted .439 with 18 hits and 18 runs scored in 41 at bats. She has driven in 15 runs and had eight extra base hits with four double, three triples and one homerun.

When asked what making the playoffs means to her, Fernandez said, “It means a lot. Our softball program has always been looked down at but this year we really got to prove that we really could do it. We really put ourselves out there and people are getting to know that Palmview softball can do it.”

So what is it about the playoffs that Fernandez is looking forward to the most?

“Getting the chance to play with this team has been way different because we got to bond,” Fernandez said. “Going to the playoffs for the first time, especially as a senior, it’s just something new for us and I just hope that we can put up a fight.”

Tuesday night the Lady Lobos had a warm-up game against the Valley View Lady Tigers; a game Palmview won by a score of 4-2. In that game, sophomore Kimberly “Kimbo” Martinez, whose position is normally shortstop, filled in at catcher. 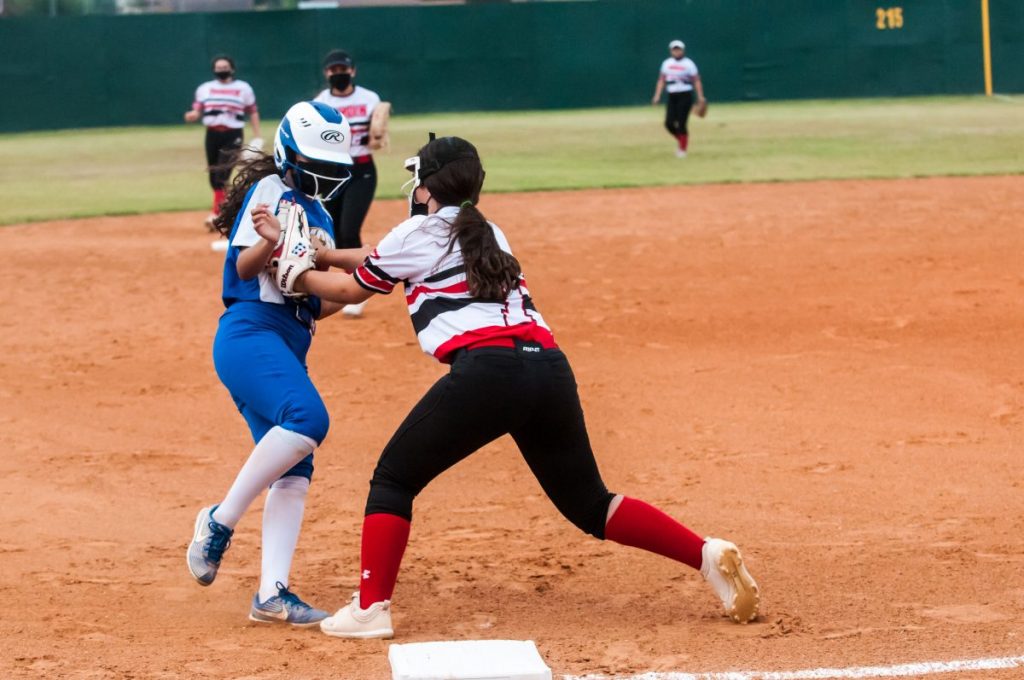 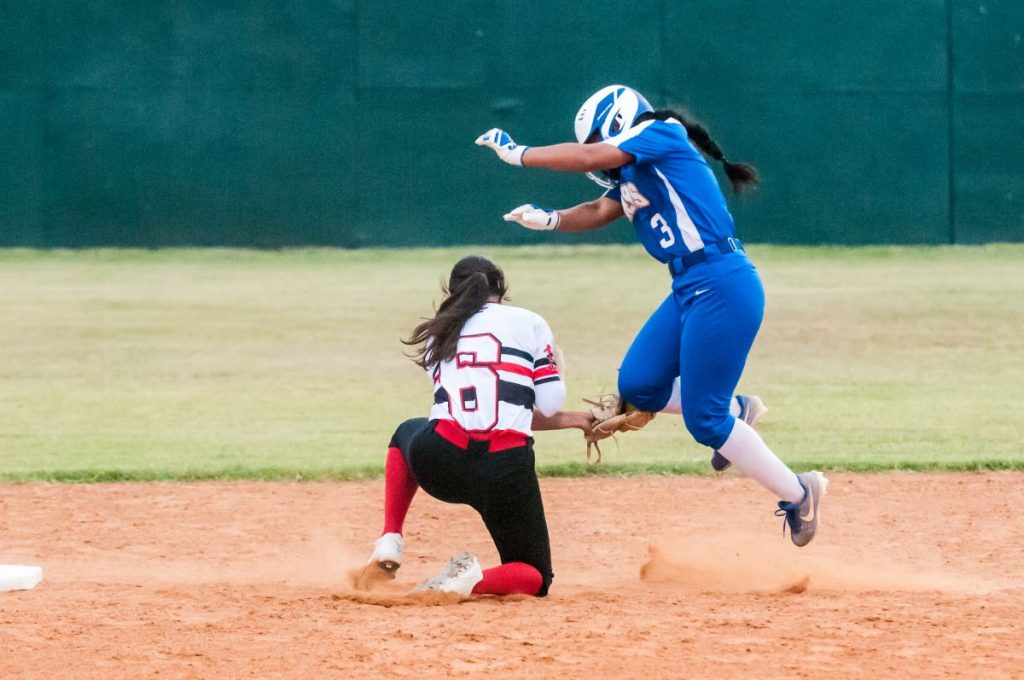 After the game, Martinez shared what being part of the first team in Palmview High School history to make the playoffs means to her.

“I feel very excited. I just love the way my team sticks together. I feel very nervous but at the same time I feel excited because we made it.” 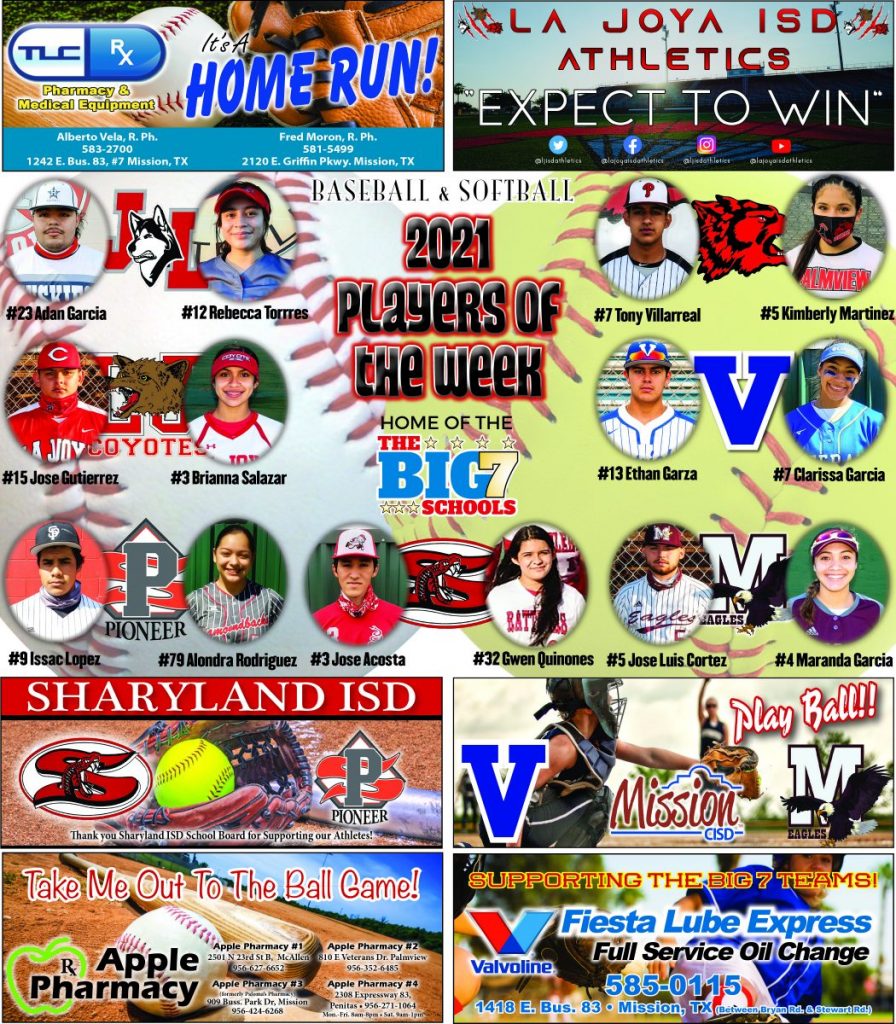 The Lady Lobos are not the only Big 7 softball team to qualify for post season play. The 13-1 Pioneer Lady Diamondbacks not only qualified for the playoffs, but they claimed the District 31-5A championship. As a result they will be taking on Edcouch Elsa in a best of three series that, barring any unforeseen circumstances, began with game #1 last night at Pioneer High School. Game #2 is scheduled to be played tonight at Edcouch Elsa at 7 and game #3, if necessary, is scheduled to be played tomorrow at 6 p.m. back at Pioneer.

The third Big 7 team to make the playoffs is the 7-3 Mission Veterans Lady Patriots. Coach Vivian Ray’s Lady Patriots are scheduled to take on Victoria West in a one game, winner-take-all playoff at Robstown High School tonight at 6.