The number of vehicle pursuits in the Rio Grande Valley nearly doubled in March, when the Texas Department of Public Safety launched Operation Lone Star to crack down on smuggling.

DPS counted 20 vehicle pursuits in January and another 20 in February, according to data released by the agency. In March, when Operation Lone Star began, the number of vehicle pursuits jumped to 38. 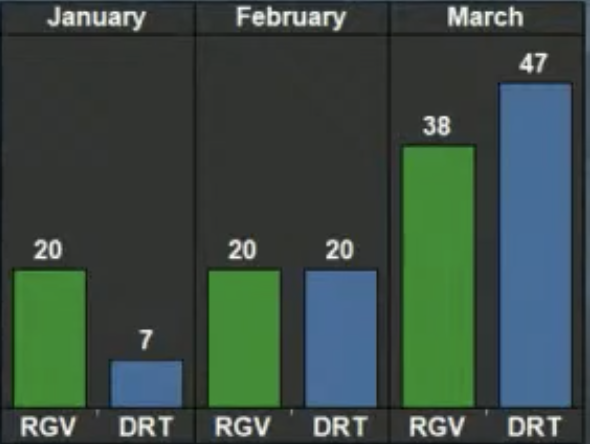 “As you can see, when we kicked off that operation, the pursuits picked up dramatically,” Escalon said.

DPS launched Operation Lone Star on March 4, sending troopers from across Texas to western Hidalgo County and Starr County. DPS also deployed agents from the Criminal Investigations Division, members of the Special Operations Group and other resources to the border.

They’re focused on a roughly 60-mile stretch of the Rio Grande from Salineño to La Joya.

“We want to make it very difficult for the criminals to operate in that area,” Escalon said.

Operation Lone Star is just the latest in a series of state border security initiatives. 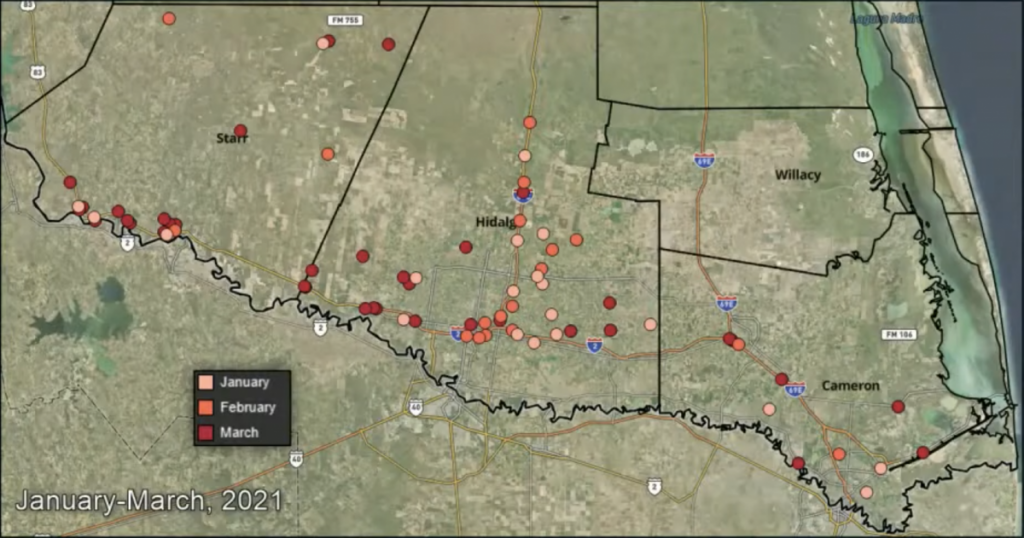 A map of vehicle pursuits in Hidalgo County. (Graphic courtesy of DPS.)

They became a constant presence on U.S. 83, where troopers conducted traffic stops day and night. Some troopers from other parts of Texas didn’t speak Spanish, which forced them to call for backup whenever they encountered a motorist who didn’t speak English.

“And the result of that is you have more drivers fleeing from law enforcement,” Olivarez said.

Whenever a driver fails to pull over, individual troopers decide whether or not to initiate a pursuit.

“The trooper makes that decision based on the circumstances,” Olivarez said, including traffic, potential danger to bystanders and the seriousness of the offense.

Many police departments prohibit officers from engaging in vehicle pursuits unless the situation involves violent crime or imminent danger to the public.

“The bottom line to a vehicle pursuit is the officer has to weigh the safety of the citizens versus the danger of the subject,” said former San Juan police Chief Juan Gonzalez.

Pursuits endanger other motorists and frequently end with injury or death. Officers also risk crashing their own cars.

“My recommendation is: If it’s not a violent crime or violent crime in progress, they should really restrict vehicle pursuits as much as they can,” Gonzalez said.

The adrenaline rush of a high-speed pursuit, though, can affect an officer’s judgment, Gonzalez said, and stop the officer from considering alternatives.

The aftermath of a vehicle pursuit in Hidalgo County. Troopers seized 248 pounds of marijuana. (Video screenshot courtesy of DPS.)

During a well-planned operation, where a law enforcement agency expects pursuits and deploys assets in advance, the danger may be somewhat mitigated, Gonzalez said, but any pursuit comes with inherent risk.

“There’s nothing positive about a vehicle pursuit,” Gonzalez said.

“I’m very concerned about our citizens — for their safety,” Garcia said. “I’m hoping they can come up with some kind of a plan where they don’t have to be chasing anybody.”

Garcia said he trusted law enforcement but worried about the consequences for innocent bystanders.

“Being at the wrong place at the wrong time? We’ve seen it happen before,” Garcia said. “And we just don’t want it to happen again.”