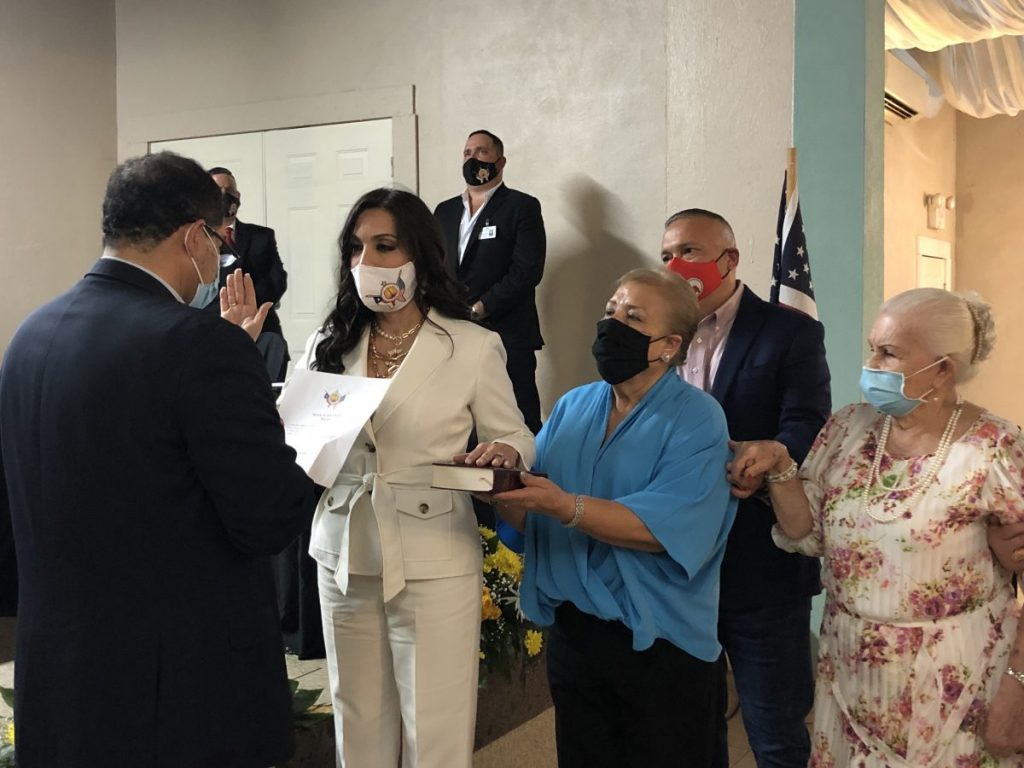 “I want to thank the community of Sullivan City for believing in me, for trusting in me,” Alma Salinas said. “And for giving me the opportunity — or the inheritance — of being mayor here in Sullivan City.”

Alma Salinas is the director of Library Services and Instructional Resources at the La Joya Independent School District. Both her husband, La Joya school board President Oscar “Coach” Salinas, and her brother, Gabriel Salinas, also served on the Sullivan City Council.

When her son was a toddler, family and friends encouraged Alma Salinas to run for City Council. She decided to focus on her son and career instead.

Nearly 20 years later, with her son in college, Alma Salinas dusted off her dreams of public service. 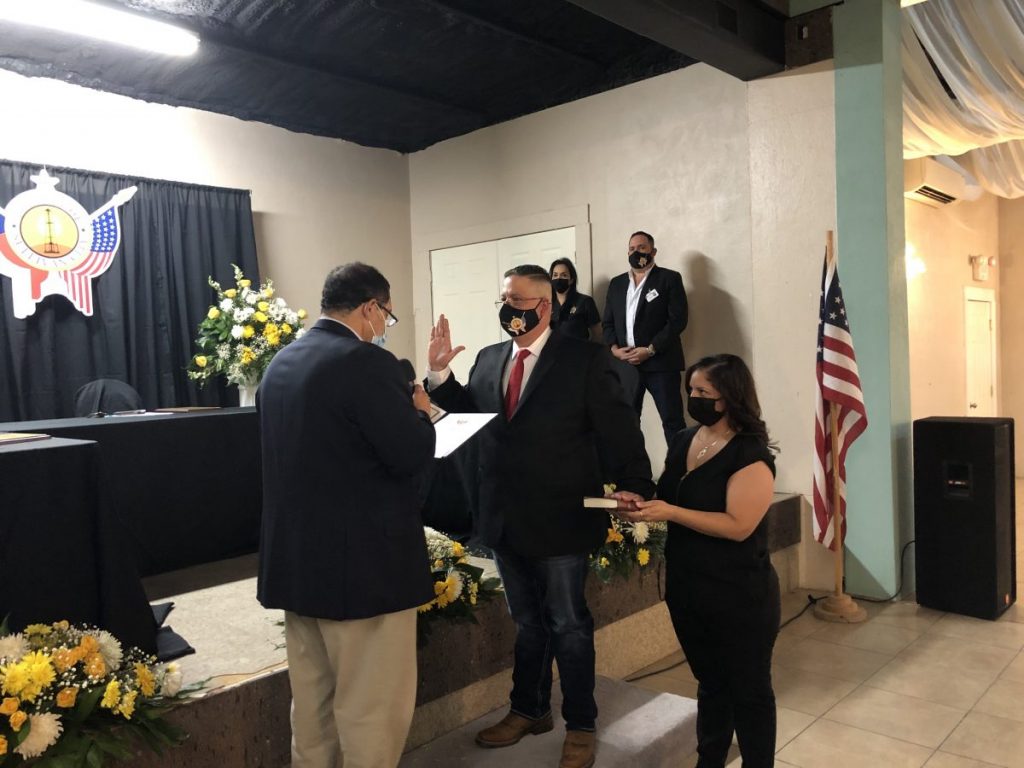 “U.S. Rep. Henry Cuellar, D-Laredo, administered the oath of office to City Councilman Rene “Cuate” Peña during a City Council meeting on May 4, 2021.”

The campaign, though, lasted just a few weeks. Mayor Leo Garcia and City Councilwoman Sylvia Castillo decided not to run for re-election.

“I want to wish the new mayor, the new commission, the best of luck,” Castillo said. “May God guide you every step of the way.”

Garcia, who started to skip City Council meetings after a special election in November 2020, didn’t attend the swearing-in ceremony.

His absence, however, barely registered on Tuesday afternoon, when about 150 people packed Mi Fiesta Ballroom to wish Alma Salinas well. 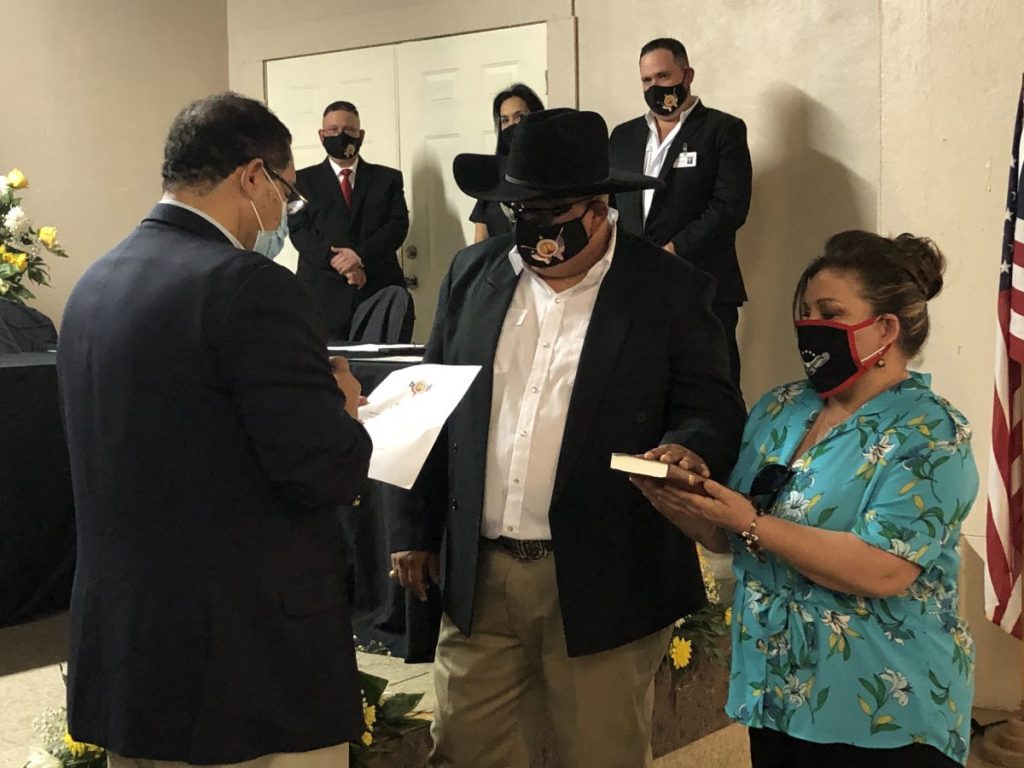 “I think that Sullivan City is very lucky to have you as the next mayor of the city,” Casanova said, adding later: “Again, congratulations Alma. I’ve known you for a lot of years — and Oscar. I’m so proud of you and your family for doing a great job. And we just wish you the best of luck.”