Pioneer softball readies for third round

The softball diamond at Sharyland Pioneer High School was pretty quiet this past Tuesday afternoon. It wasn’t because the softball season is over though. In fact the Lady Diamondbacks will be in action tonight in San Diego; making their first ever appearance in the UIL Class 5A Region IV regional quarterfinals.
The team was preparing instead for their weekend match-up with the Victoria West Lady Warriors just a few yards away at Noe Oliveira Stadium, on the field typically used by the school’s football and soccer teams. The field is artificial turf you see. It’s similar to the conditions they will be playing on tonight and tomorrow. In the quest for keeping their season moving forward coach Orlando Garcia is taking nothing to chance.
That attention to detail is probably a part of what has helped fuel the 2021 Lady Diamondbacks impressive season to date. The team, currently 21-5-2 overall, won the District 31-5A title with a 13-1 mark and find themselves in the third round of the playoffs after a 2-0 sweep over Edcouch-Elsa in the bi-district round and a come from behind 2-1 series win over Flour Bluff last weekend in the area round.
The Flour Bluff series marked the first successful area round victory for the Lady Diamondbacks after four previous tries. Overall the team has claimed four district titles and five bi-district titles in the schools seven year history, all under the direction of Garcia. Not counting the pandemic shortened 2020 season, Pioneer has made the postseason every year of their existence. Much of that success has been by design.
“Our expectations here at Pioneer are to be in the playoffs,” said Garcia. In the world of high school sports in Texas that first means getting through district. Getting through district usually requires a non-district slate of opponents who will challenge your own team as well. It’s a philosophy that Garcia has put into practice every year and this year was no exception. The Lady Diamondbacks loaded their non-district schedule with a host of other teams that also made the 2021 postseason. Some, like Pioneer, are also still playing. “We try to schedule some of the bigger schools because we want to see the pitching,” said Garcia. “That’s helped us because we’ve seen a lot of pitching; and really good pitching.” 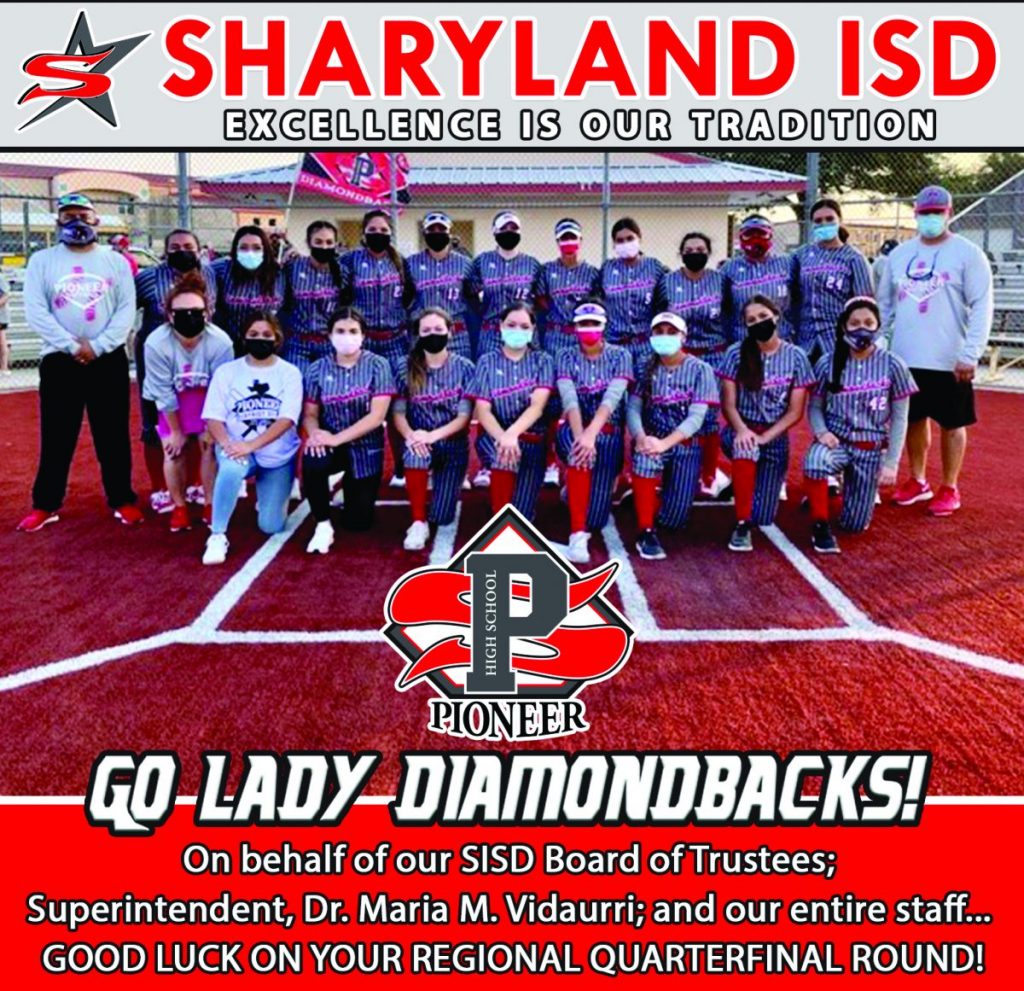 Of course playing against top notch competition isn’t enough without a talented squad of your own and this year’s Pioneer line-up is an experienced group that is full of talent. Seven of the usual starters were starters last year on a team that was 15-4 and off to a 3-0 start in district play before the UIL shut down all spring sports. Of the other two starters, one had varsity experience last year and the other is a freshman. That kind of experience is certainly helping, but it also takes more than talented players.
“I wouldn’t be very surprised”, said Garcia, when asked if had he not been around for any of his team’s games this year how he would have reacted to the news of the team’s success. “This is a group that is so cohesive. I mean it is a group that is very united, very together. I’m not surprised.”
Garcia went on to talk about how right now, with everything on the line, how well his team is playing. When a late season loss to McAllen Rowe made the possibility of losing the district title a very real one, the team responded with a big 10-3 win over PSJA Memorial, their nearest rival, in the next to last game of the regular season. They started the post season with an opening round dominance over Edcouch; outscoring the Lady Yellow Jackets 17-1 in their two game series.
The quest to finally make it past the area round hit a bump against Flour Bluff in Game 1 of their series last week. The Lady Diamondbacks were held to just five hits and made nine errors in the 8-0 loss. With their season in jeopardy, the team responded with a 4-1 Game 2 victory, fueled by a two-out two-run double in the first inning from Faith Nunez that gave the team a lead they never relinquished. The team’s two pitchers, Reaghan Staehely and Ilyssa Casanova, held down the Lady Hornets by allowing only one run on three hits over the seven inning contest. The bounce back didn’t surprise Garcia this time either. 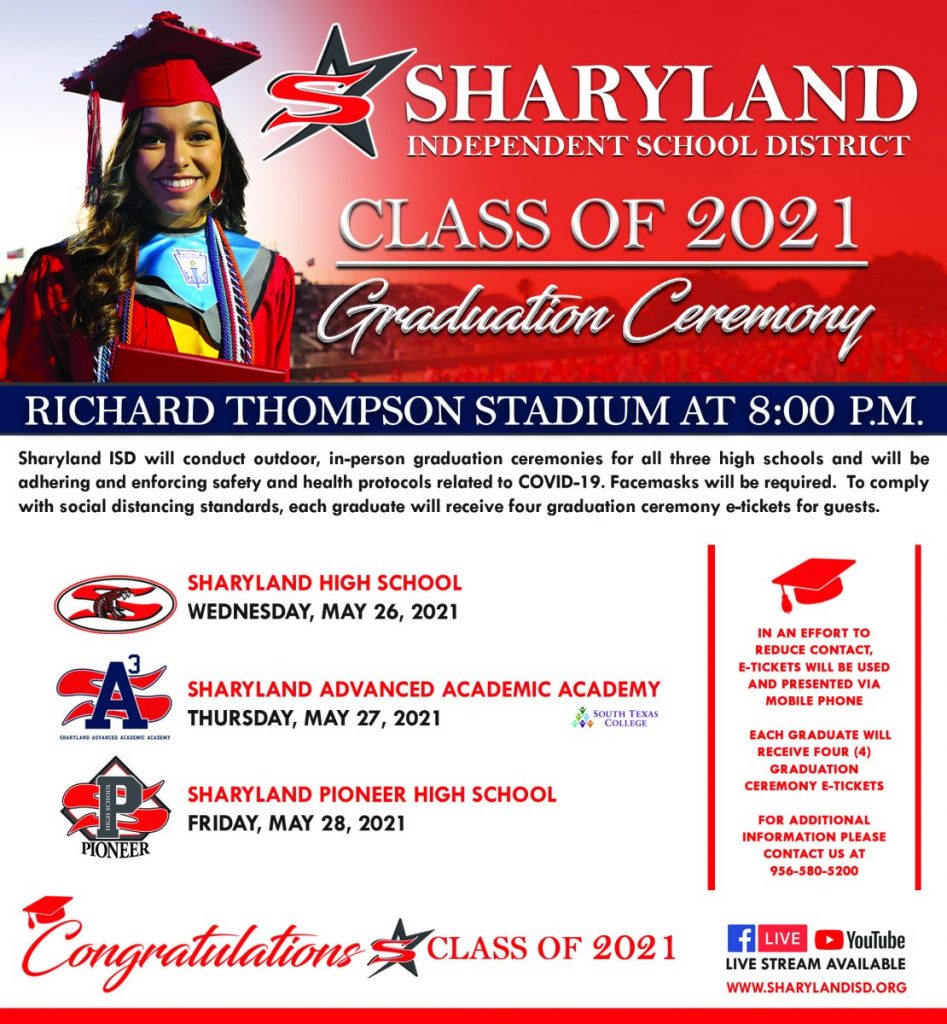 “We knew that we were going to be able to compete and that we could win the game,” said Garcia. “Game 2 came and the girls were motivated, they were ready, they knew we had made those mistakes and they corrected all that and we played a pretty good game.”
That set up a Saturday showdown for all the marbles and the team responded again. Pioneer scored one run in their half of the first on a RBI single from Caitlyn Handy and added another in the second on a hit from Alondra Rodriguez. A three –run home run in the top of the sixth from Arianna Ale, followed by a solo shot from Karisa Lopez built the lead to 6-0 before a late Flour Bluff rally closed the gap to its final 6-4 margin. In a reversal from Game 2, Staehely came into relieve Casanova to end the game and secure the series 2-1.
That brings us to this weekend’s opponent. Victoria West has already eliminated two other Valley teams (Mission Veterans and Mercedes) to get to the third round. According to Garcia, West, the regular season District 29-5A co-champion has some strong pitching; evidenced by recording shutouts in two of their three post season wins. Garcia likes the match-up.
“We feel good that if we play the way we should and the way we have in some of our best games that we’ll be able to compete. These girls have to play with confidence. That’s the key thing.”
On Tuesday afternoon, on that very hot turf practice field, Garcia and the Lady Diamondbacks were doing the things necessary to keep that confidence up as well; practicing their defensive fundamentals, covering how to respond to different scenarios and taking cuts against their own top notch pitchers. Covering the basics; covering their bases.
Game 1 of the best-of-three series is scheduled for tonight at 6:30 pm with Game 2 coming tomorrow afternoon at 1 pm. If a third game is needed, it will be played 30 minutes after the conclusion of Game 2. All games are scheduled to be played in San Diego.