Winning over 400 games is an achievement that only a select few high school coaches ever attain. It is a milestone that can only be reached by coaches that put their heart and soul into their jobs; coaches that have a passion for their sport, a devotion to their team and a love for their players. It is the mark of a coach that has gone above and beyond a job description and of a coach that has endured personal sacrifice for the benefit of his or her team and players. 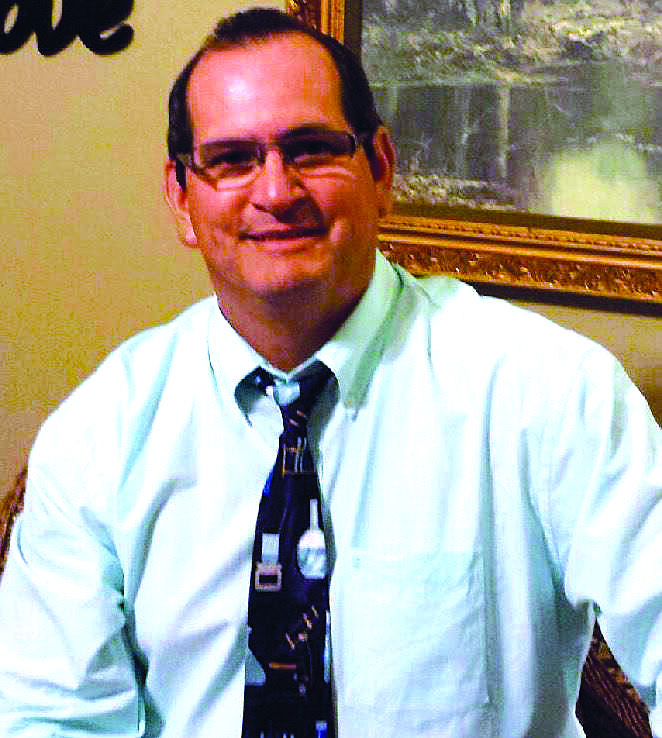 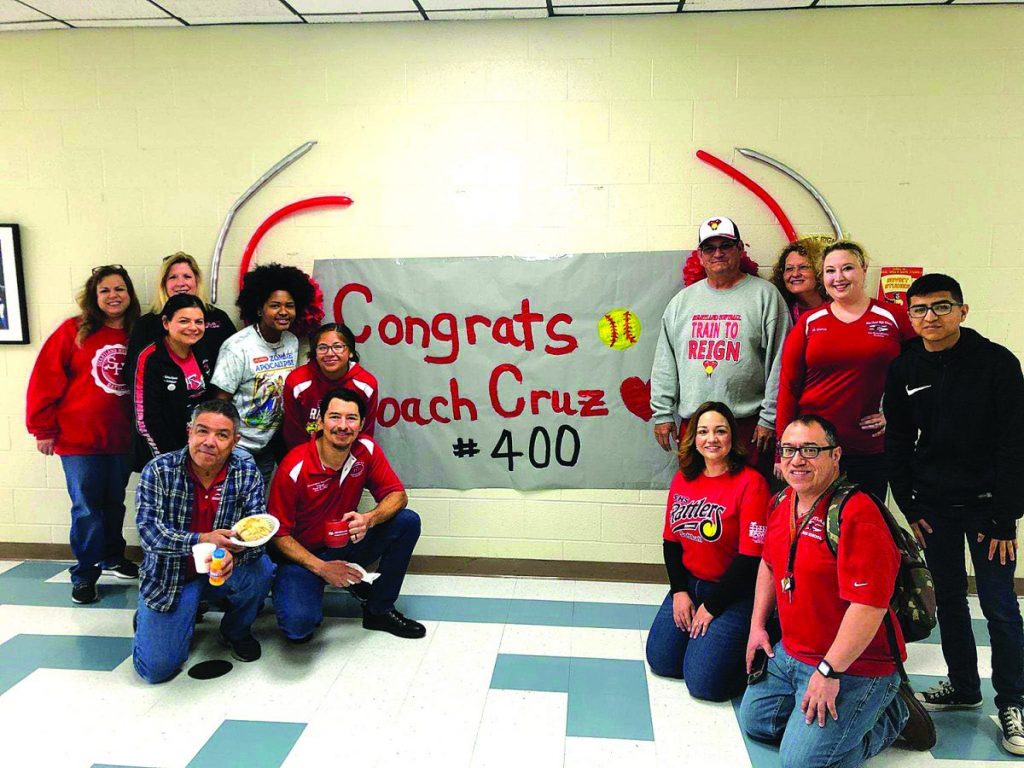 Celebrating his career wins at Sharyland High school in 2020.

For the past 28 years Sharyland High School has had such a coach. His name is Paul Cruz and he has led the Lady Rattlers softball team to the kind of success few high school teams ever experience. From the perfect 21-0 season the first Lady Rattlers’ varsity team he ever coached had, to qualifying for the playoffs 21 years in a row, Cruz has done much more than coach softball at Sharyland High; he has taught, he has led and most of all, he has inspired.

From his humble beginnings growing up in Falfurrias, Texas, where he played high school baseball and basketball for the Fightin’ Jerseys, sports has always been a big part of Cruz’s life. However, it was not sports that brought Cruz to the Rio Grande Valley in the first place. It was his desire to pursue a career in law enforcement. 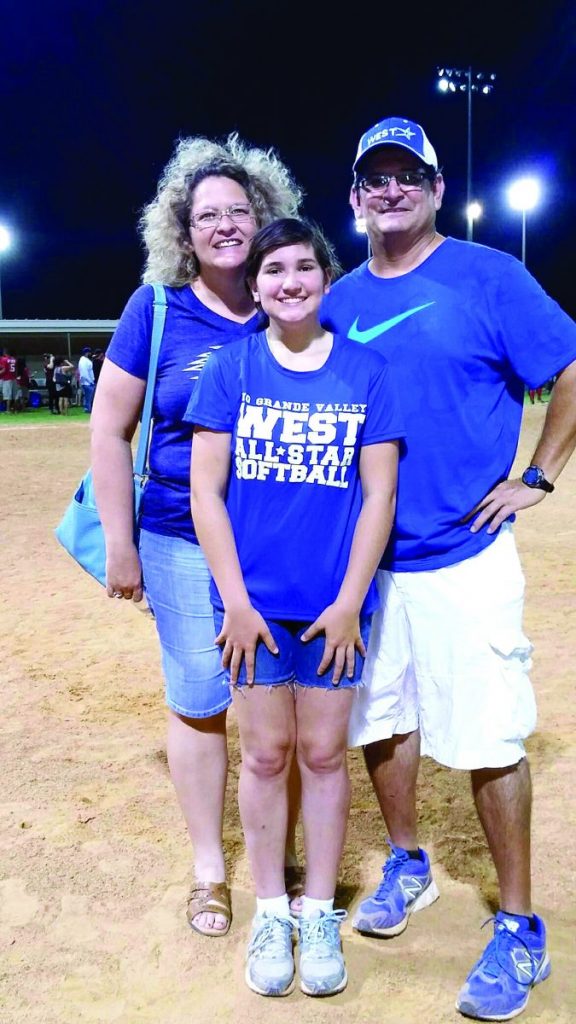 Paul Cruz has been the only West All-Star coach since the inception of the series. Pictured here with his wife Nicole and daughter Anastasia.

“I came to the Valley because I was attending Pan Am (Pan American University),” Cruz said. “I started off with a goal of getting a criminal justice degree, but I ended up switching my major twice. Unfortunately a friend of mine, who graduated with a criminal justice degree while I was still working on mine, ended up getting killed. That’s why I decided to change my major. Seeing as how I was working at HEB at the time, I switched my major to business.”

“After that, I was asked to coach a summer league and that’s where I got involved with coaching,” Cruz added. “So I got out of business and I went into education. In total I went to school for 12 years because I was working full time at HEB, so I had to take two classes here and one class there.”

Upon graduating from Pan Am in 1990, Cruz took a position teaching physical science and coaching the 7th grade boys’ basketball team at Filemon B. Vela Junior High School in Brownsville, Texas. Two years later, he made the move to Sharyland High school where he was hired to coach girls’ basketball and the junior varsity softball team. 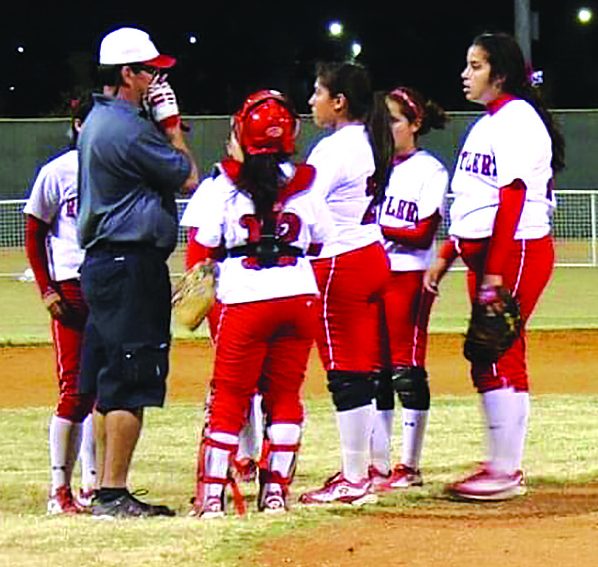 In his element, huddle during game time.

That was 26 years ago. Since then Cruz has compiled a record of 411 wins, 261 losses and two ties, all at Sharyland High.

When asked what his coaching philosophy is and what has made him so successful, Cruz said, “My thing is basically the work ethic. I’ve had some really good players that had that same thing about working hard and not expecting to be given something. Discipline is another thing. Teamwork also is one of the main things I always try to go ahead and push. And while I did have some really good players, they were coachable. That’s another thing that I’ve expected from my players.” 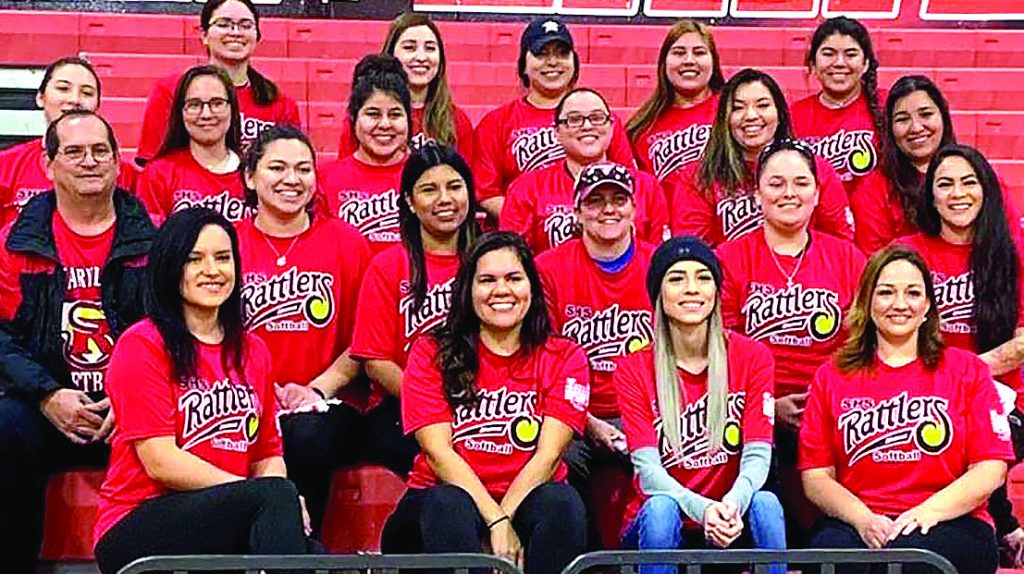 How many players Cruz has coached over the past 30 years is something that can only be guessed at. But the fact that he has played a major role in helping many of them go on to have successful and productive careers in many prestigious fields, is something that Cruz takes a lot of pride in. So much so that he would much rather talk about his former players’ successes than about himself.

One of those former players being Leslie Curry Alexander, who showed up in a Border Patrol uniform about 15 years after graduating from Sharyland High. Cruz did not recognize her until she took off her hat. She then shared how much she appreciated how much he had pushed her and how Border Patrol camp was a piece of cake compared to what she went through under him.

Another former player that came back to thank him is not only a former Marine, but she is currently a Mission police officer. Her name is Alex Leal and she told Cruz how she got through boot camp easily thanks to how strict he was as her coach.

Then there’s Nicole Smedly who is currently coaching in Rio Grande City, Clarissa Salinas who went on to play at Laredo Junior College and is now a head coach in Marble Falls, Amanda Baker who after playing softball at a small college in Kansas returned to Sharyland to coach under Cruz for a couple of years before moving on to coach at Pioneer for a few years and is now an umpire and Roxy Chapa Gonzalez who played at Texas A&M Kingsville, during which time she played in the NCAA Women’s College World Series. She also became the first All-American in program history. 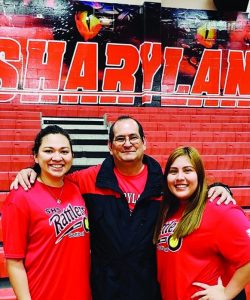 Roxanne Chapa Gonzalez and Savannah Rendon were his catcher/pitcher for a combination of 5 years.

Three other former Lady Rattlers’ players who have gone on to bigger and better things, at least in part due to Cruz, are Savannah Rendon, who is currently doing her physical therapy internship in Tennessee, Kat Longoria who is a doctor in Virginia and Kaye Motheral, who is a professional engineer in Houston.

Recently Cruz was called into Sharyland High athletic coordinator, and incoming S.I.S.D. athletic director, Ron Adame’s office for a meeting; a meeting that included Sharyland High principal, Lori Ann Garza. In that meeting Adame informed Cruz of the fact that he has decided to reassign him. While Cruz and his lawyer have filed a grievance, unless it is upheld, Cruz has coached his last game with the Lady Rattlers.

Whatever the reason or reasons Adame had for reassigning a coach who has meant so much to so many for so long, his decision blindsided Cruz. However, the amount of support he has received from former players, fellow coaches and others since the decision was made public, has allowed him to put everything into perspective.

“I was very disappointed with their decision,” Cruz said. “If it was personal or jealousy, I’m not going to worry about it anymore. With all the support I have received and the letters they (his supporters) sent to the board members, I’m in a good place. Their comments brought my spirits up. People don’t usually get this until they have passed away. That’s why I’m in a good place.”