The city of Mission suspended a police officer last month after a coworker accused him of sexual harassment.

Officer Juan R. Villarreal harassed a coworker at the Anzalduas International Bridge, where he made inappropriate comments about her body and mused about “whether or not she was a virgin,” according to documents released under the Texas Public Information Act. During an internal investigation, three witnesses corroborated parts of her story.

“Your lack of sensitivity and disrespect to your coworkers is unacceptable,” Dominguez wrote to Villarreal in a seven-page memo that summarized the investigation.

The Progress Times attempted to contact him by phone and through his attorney, J.R. Ramirez of Edinburg.

Villarreal joined the Mission Police Department in 2008 after a 15-year career with the Texas Department of Criminal Justice, according to personnel records. The city assigned him to both Sharyland Pioneer High School and Mission High School.

Two students at Mission High School complained that Villarreal made them feel uncomfortable, according to affidavits released by the Mission Consolidated Independent School District.

In 2016, a female student had been selling mugs for a cosmetology fundraiser.

“Officer Villarreal asked her how many she had sold and she responded ‘A lot,’” according to an affidavit signed by an assistant principal. “She then went on to say that he responded by saying ‘A lo mejor porque estas bien buenota.’”

“Student was very nervous and advised me she did not want to make a big deal out of this because she feared him ‘going after her or her family because he is a cop,’” according to the affidavit.

Asked about the complaint, Villarreal “claimed it was false,” according to an affidavit signed by the principal.

A male student also complained that Villarreal made comments about his boots every morning. 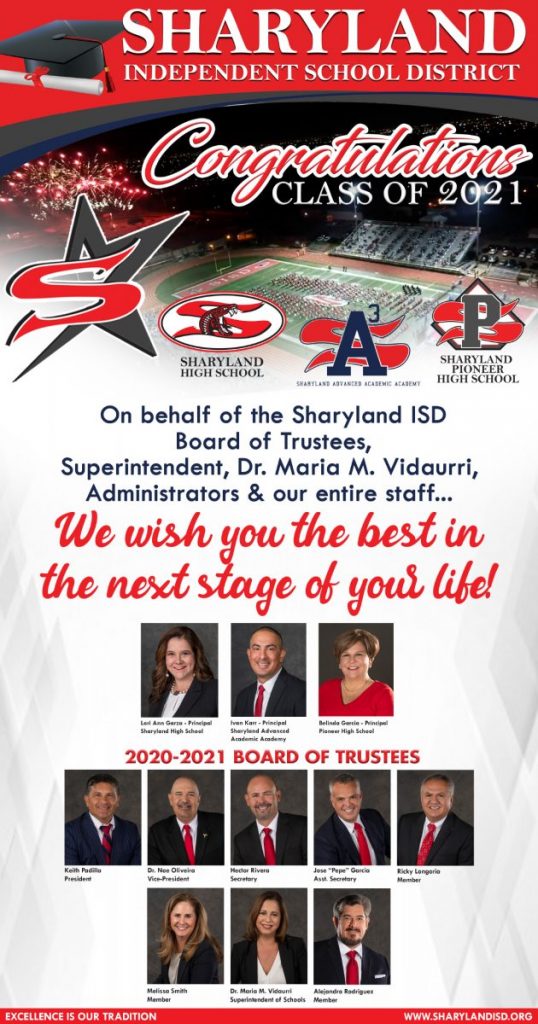 “The student said he felt very uncomfortable,” according to the affidavit, and asked Villarreal to stop.

After an internal investigation, Villarreal received a written reprimand.

“On January 4, 2017, you received a written reprimand regarding inappropriate comments you made to two students at Mission High School where you were assigned,” according to the suspension memo. “Several affidavits were obtained showing the preponderance of the evidence in this case that your behavior was unbecoming of an officer, inappropriate and disrespectful.”

Villarreal apparently stopped working at schools after the incidents at Mission High School. The city removed his assignment pay in May 2017, according to personnel records.

Another complaint about Villarreal surfaced in 2021, when he worked at the Anzalduas bridge.

A bridge employee complained that Villarreal made inappropriate comments about her.

Villarreal told the employee “she had a good ass,” according to the suspension memo. Villarreal also said he liked “the way her breasts and nalgas bounce when she runs from toll booth to toll booth.”

In another instance, Villarreal asked “if she was a virgin,” according to the suspension memo.

The woman filed a complaint in March, which triggered an internal investigation. Another bridge employee and two police officers corroborated parts of her story.

When the police department served him with a notice to appear for an interview, Villarreal waived the opportunity to answer questions and accepted a five-day suspension without pay.

Mission concluded that Villarreal had violated several policies, including the sexual harassment policy.

Along with the suspension, Mission ordered Villarreal “to seek a referral for mandatory sexual harassment counseling,” according to the suspension memo.

Whether or not counseling will make any difference remains unclear.