The La Joya school board approved a one-year contract extension for Superintendent Gisela Saenz on Wednesday. 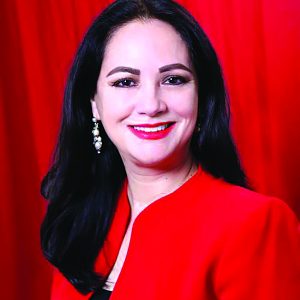 “I just look forward to continuing to work with our students and our district,” Saenz said. “And continue to accomplish the vision and the goals that our board has set for La Joya ISD.”

The pandemic made 2020 a challenging year for the La Joya Independent School District, Saenz said. Students and teachers, though, met the challenge together.

“I think with the help of the staff, we have done a good job,” Saenz said. “Our students have continued to excel academically.”

During the pandemic, La Joya ISD opened CARE Academy, which provides job skills and continuing education for students with disabilities.

CARE Academy — which stands for Career, Achievement, Readiness and Empowerment — is open to students 18 to 22 years old.

Saenz graduated from La Joya High School and attended Pan American University, according to information published by La Joya ISD. After working in the banking industry, Saenz decided to switch careers and become an educator.

She taught kindergarten, became a principal and received a promotion to assistant superintendent in 2006.

Saenz became superintendent in 2019, when then-Superintendent Alda T. Benavides retired. She earns a $275,000 annual salary, according to data released in January under the Texas Public Information Act.