Despite undergoing a rollercoaster of a school year, Luis Sarabia accepted and overcame the challenge COVID placed in front of him with his acceptance to Stanford with a Gates Millennium Scholarship.

“Coming into high school, I was shy, I was timid, I was quiet,” said Sarabia, saying his younger self never would’ve expected to be at such a point in life. “I thought it was going to be typical: ‘okay, I’ll go through high school [then] go to college [scenario]’, but I never expected my high school experience to be such a ride.” 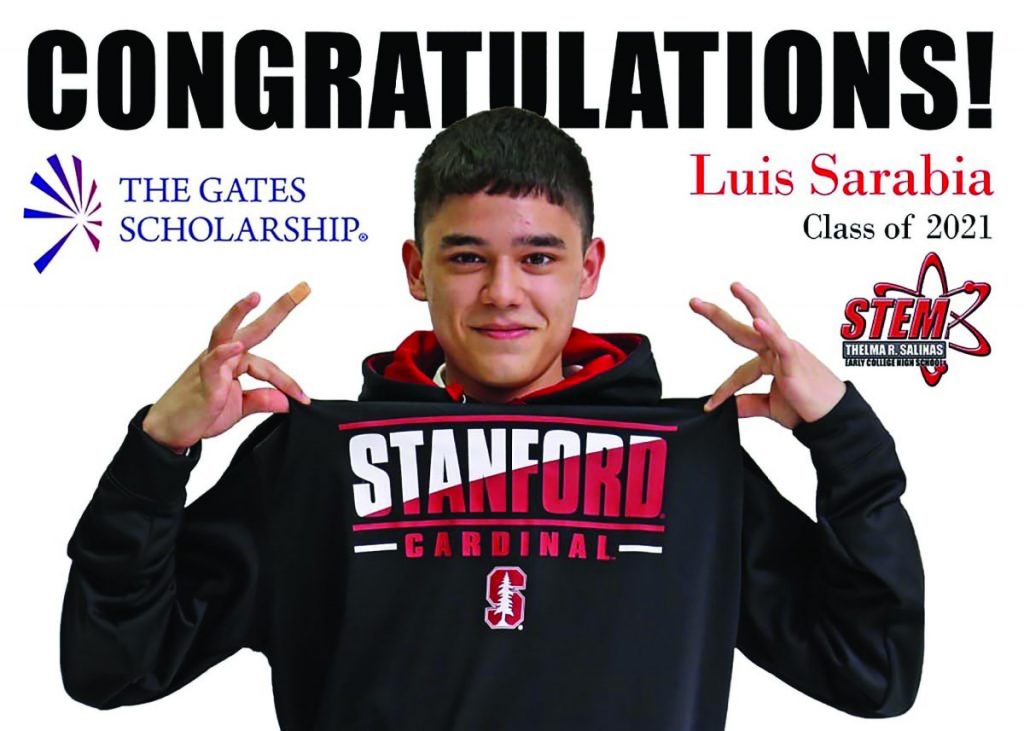 When Sarabia first came to Thelma R. Salinas STEM Early College High School, he found engineering interesting and eventually deemed it something he wanted to explore as a career choice. During his junior year, he joined the Robotics Team.

“That opened my eyes as to what engineering [truly] was,” said Sarabia.

Designing robots with his team gave him a deep understanding of the engineering process and what it meant to create something that works and functions with a purpose.

“It made me realize that engineering was a definite passion that I had as opposed to something I maybe wanted to look into,” said Sarabia. “After that, I definitely told myself: Okay, engineering is what I’m going to do with my life.'”

Sarabia attributes his success throughout his high school years to his dedication to his academics and passion for engineering. His friends, family, teachers, and staff of the Thelma R. Salinas STEM Early College High School also played a role in his success.

As Sarabia endured his senior year through the COVID-19 pandemic, a challenge he faced was doing things alone without a study buddy or face-to-face learning. It halted some learning experiences that online video platforming couldn’t provide, but Sarabia said there was no way around it. 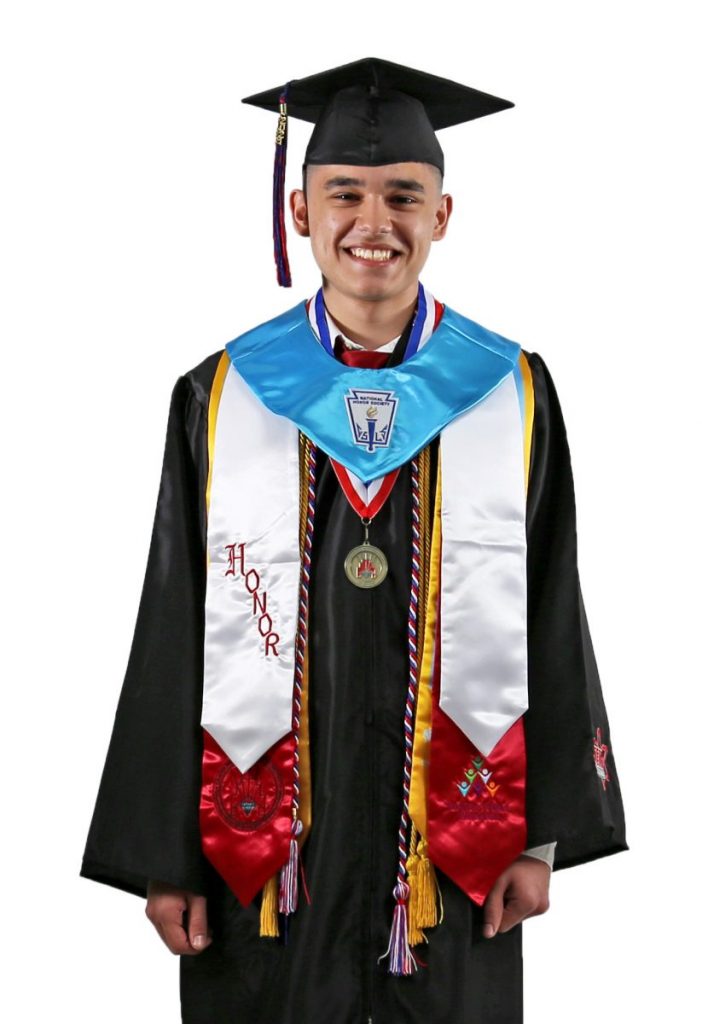 “The point of being social beings is to look to other people for help,” said Sarabia, saying that his friends, family, and teachers were a source of strength during this time.

Sarabia, a recipient of the prestigious Gates Millennium Scholarship, will be attending Stanford after graduating this May. Sarabia is grateful for receiving the scholarship, saying that he is glad that he won’t have to worry about his parents having to provide funds for tuition or other necessities since the scholarship covers everything from books to fees.

After Stanford, Sarabia hopes to achieve more beyond his academics.

“I want to form new connections that would help me not only broaden my career path but my path as a human being, as an individual. I think meeting people in a new place, especially in a place like Stanford where there are so many young open-minded individuals, I think would serve a lot for me,” Sarabia said.

Sarabia hopes to work with other engineers and mechanics and seeks to develop new startup concepts for the world to see.