Long time Sharyland High baseball coach Bart Bickerton recently announced his retirement after a highly successful career. He will not, however, be leaving baseball completely.

Born in Los Angeles, California, Bickerton arrived in the Valley in the late 1980’s to play baseball for UT -Pan American. He started his coaching career at Sharyland High as an assistant for the first five years of his stint there and spent the next 23 years as a head coach; leading programs at Sharyland High for 20 years and spending one year each at Mercedes, Brownsville Porter and Port Isabel. 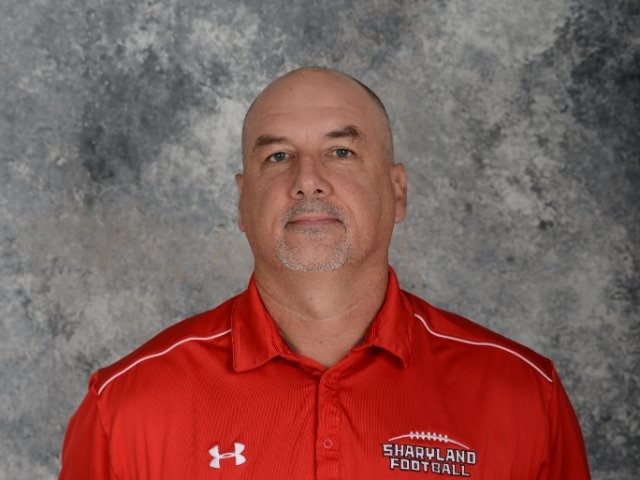 Bickerton amassed 548 wins over that time span, claimed district titles at three of the schools he coached at and made the post season 21 of the 23 seasons he was a head coach. While at Sharyland, the Rattlers reached the Regional finals in 2003 and 2019. Sharyland finished third in District 31-5A this past season and reached the second round of the playoffs.

His tenure also included numerous players who went on to play in college, twelve who were drafted professionally and two who made major league rosters. In addition, five of his assistants have gone on to become head coaches of their own.

“I’ve had a ton of talent,” said Bickerton , when asked about what helped him attain the success on the field that he did. “I was lucky enough to have some unbelievable kids come through. Not only talented kids; but tough kids to be able to put up with me.”

Bickerton also was quick to credit his assistants. “Luckily for me Sharyland has surrounded me with fantastic staffs too. Pretty much every single staff I’ve had, every single guy played college baseball and you don’t find that anywhere.”

Bickerton described his own style of coaching as an “extremely old school” one based on discipline, mentioning that he was sometimes called Coach Army. “I kind of just felt like everyone should be treated exactly the same, from the best player to the worst player. That’s kind of how we rolled with everything. We didn’t waste time, our practices were extremely organized. I think that kind of gave the kids a comfort level.” He credited much of his coaching approach to his dad, a former first round draft pick of the Oakland Athletics, who coached the younger Bickerton until high school. 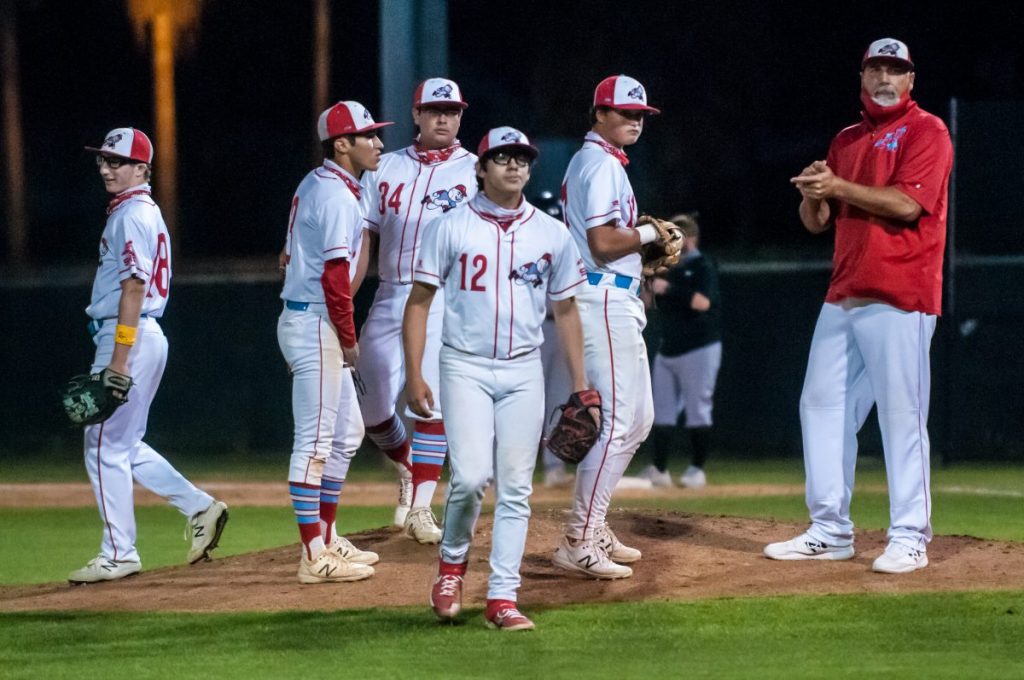 Bickerton went on to mention how he had received several messages from former players recently expressing how that approach had helped them more after baseball. “They said that when they went to college it was easy because of what they went through here at Sharyland.”

Two of those players who were part of the Rattlers program under Bickerton spoke about their experiences. Osiel Flores played for the Rattlers from 1999 – 2002 and Brian Valencia, who is currently on the Rattlers baseball coaching staff, played between 2008 and 2011. Both went on to play at the collegiate and professional level as well. They each credited Bickerton with helping them reach those levels and more.

Flores spoke as well about how both he and others were molded into who they are now by playing for Bickerton. “He grew us up into young men,” said Flores. “We went in as boys and by the time we left, by the time we graduated from Sharyland and finished his program we were ready to take on the struggles that come. Coach Bickerton . . . prepared all of us, mentally; to be tougher, to be humble and never quit. The guy is special; the guy has impacted a lot of lives.” 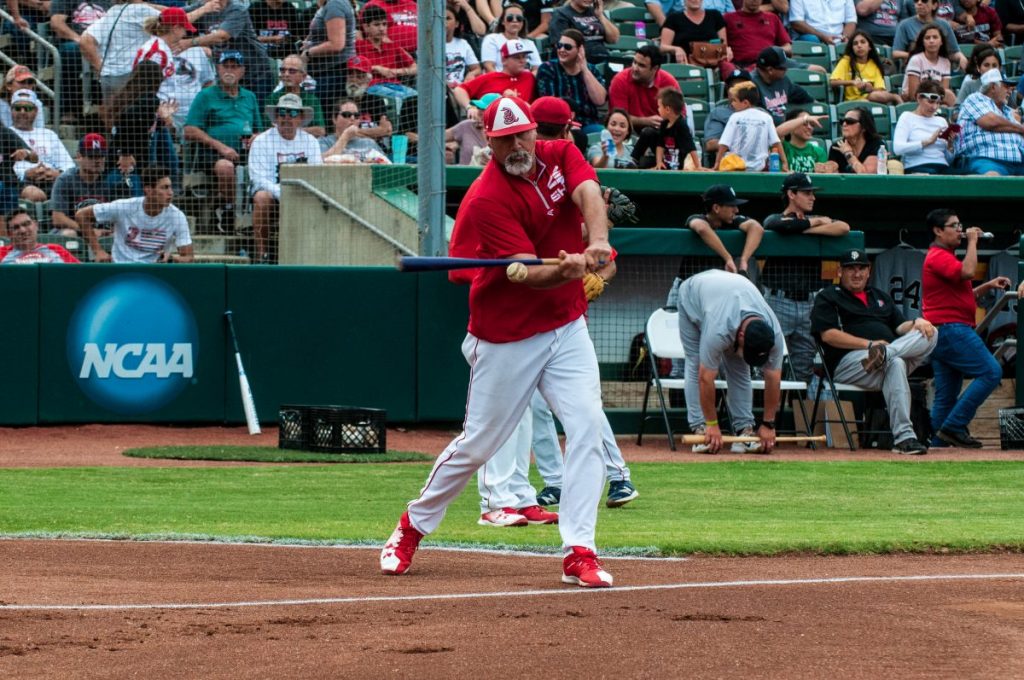 “There (are) a lot of us that played for him,” added Valencia, “that did good things because of him.”

In more recent years Bickerton began changing as a coach; becoming more willing to recognize and serve the needs of his players. “You need to definitely listen to the kids and be there for the kids a lot more,” said Bickerton, adding that coaching now involves “being able to go out there and see yourself as pretty much trying to help the kids through their path more than just wins and losses. I changed a lot throughout my career and I think it made a difference also.”

Bickerton’s optimistic attitude has probably played a role as well. He was not ready to throw in the towel after his team lost a heart breaking Game 1 to Gregory-Portland in the first game of their area round series a few weeks ago. “We’ve got to play mistake free tomorrow to beat them but, you know, I think we can.”

With so many successful years and big games on his resume, Bickerton said the 2019 regional final series against Sharyland Pioneer was one that stood out. Played before packed stands at the UTRGV Baseball Stadium with a state berth on the line and going up against both a former assistant and his own son, the Rattlers fell short of advancing. Even in defeat, Bickerton didn’t let the outcome of the loss change his perspective of what his team accomplished. “As you come into the season you always hope your team overachieves and does things that nobody else thought they would do and this group overachieved probably more than any other team that I’ve had at Sharyland,” Bickerton said on the field when I talked to him after the series.

That former assistant, Pioneer coach Casey Smith, spent several years at Sharyland before moving on to successful stints at Mission Veterans and now Pioneer. I could sense on that same night how even though Smith was overjoyed at advancing to the state tournament it was tough knowing that it required beating his old boss. Respect will do that. Two years later Smith talked about what coaching under Bickerton meant to him.

Another coach that had both the experience of playing for and coaching under Bickerton is also moving into the head coaching ranks. Bart’s son Austin was recently named as his father’s replacement. “It’s a pretty cool feeling,” said the younger Bickerton. “Pretty much since I was born I’ve been around this program . . . being able to take over the program after he retires is pretty special.”

Even though he is leaving his role at Sharyland High, Bart Bickerton will continue to be a part of the game in various ways. He recently held a workout in Brownsville for high school aged players in his role as an associate scout for the San Diego Padres. He is also a part of the Texas High School Baseball Coaches Association, in charge of that organization’s all-star and all-state selections as well as their podcasts and coaches polls; continuing the opportunity for more young athletes to accomplish good things.