After his third drunken driving arrest, a Mission police lieutenant found himself without a job last week.
Mission fired police Lt. David Michael Garcia on June 14 — more than four months after the Palmhurst Police Department charged him with driving while intoxicated and unlawfully carrying a weapon. 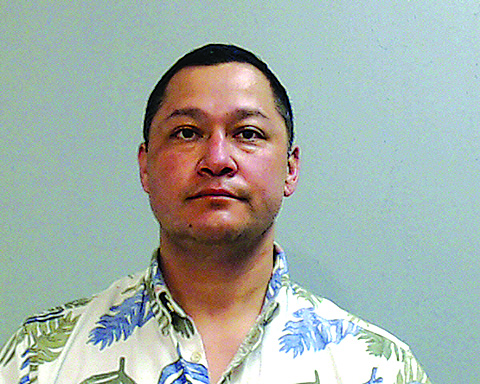 “We deny the charges and he’s appealed it to a third-party hearing examiner,” said his attorney, Roberto “Bobby” Garcia of Edinburg.
The Mission Police Department didn’t respond to a request for comment.
Palmhurst police Sgt. Julio Barajas arrested David Garcia after a traffic stop on Jan. 26, when his truck hit a curb near the intersection of North Shary Road and East 3 Mile Line.
David Garcia had bloodshot eyes and slurred speech, according to the criminal complaint against him.
Barajas could smell beer on David Garcia’s breath. He asked David Garcia to perform a standardized field sobriety test.
David Garcia couldn’t keep his balance, according to the criminal complaint. He refused to take a breath test, which forced the Palmhurst Police Department to request a warrant for a blood sample.
Palmhurst provided body camera video from the incident to the Mission Police Department, which reviewed the footage.

“You tell Sergeant Barajas that you are sorry for hitting the curb, and that you are coming from McAllen, and that you only had two beers; that you live down the street. You also tell Sergeant Barajas that he can follow you home,” according to the order of indefinite suspension, which the city released under the Texas Public Information Act. “Sergeant Barajas tells you that he is not going to follow you home, that he can smell alcohol coming from you even with the masks on.”
For police officers protected by civil service regulations, an indefinite suspension is akin to termination.

David Garcia was charged with driving while intoxicated, a Class B misdemeanor, and unlawfully carrying a weapon, a Class A misdemeanor.
“Your actions brought discredit and humiliation to our department,” according to the order of indefinite suspension.
Why the city waited more than four months to indefinitely suspend David Garcia remains unclear.

According to the order of indefinite suspension, Police Chief Robert Dominguez learned in April that David Garcia had been “afforded an additional two weeks by the City of Mission to contemplate resigning.”
The order doesn’t identify the person who afforded David Garcia additional time to make a decision.
In many cases, Mission indefinitely suspends police officers within days of an arrest.
Dominguez also wrote that in mid-April he became aware David Garcia had entered a treatment program for people with drug and alcohol problems.
Before the January incident, David Garcia had been arrested on drunken driving charges in 1996 and 2000.
David Garcia had clashed with Dominguez and Assistant Police Chief Ted Rodriguez before his drunken driving arrest.
In December, he wrote a six-page letter that accused Dominguez and Rodriguez of creating a hostile work environment.
“I feel stressed, harassed, and targeted by the current administration,” David Garcia wrote to Dominguez, Rodriguez, Civil Service Director Jesse Lerma and Human Resources Director Noemi Munguia.

David Garcia claimed that Dominguez hadn’t taken sexual harassment complaints against Rodriguez seriously and warned that patrol shifts had become dangerously understaffed.
“I have also been told by multiple people in administration that (assistant chief) Rodriguez is actively after me and is doing it with Chief Dominguez blessing, so I need to watch my back,” David Garcia wrote.
Dominguez and Rodriguez strenuously denied the allegations.