In a surprise move, former La Joya Mayor Fito Salinas struck a deal with federal prosecutors Monday — a last-minute decision that allowed him to avoid trial on public corruption charges.

Jose Adolfo “Fito” Salinas, 82, of La Joya showed up at the federal courthouse in McAllen on Monday morning for jury selection. Before the jury had been seated, however, Fito Salinas apparently had a change of heart.

“Guilty,” Fito Salinas said, when asked how he pleaded to a wire fraud charge. 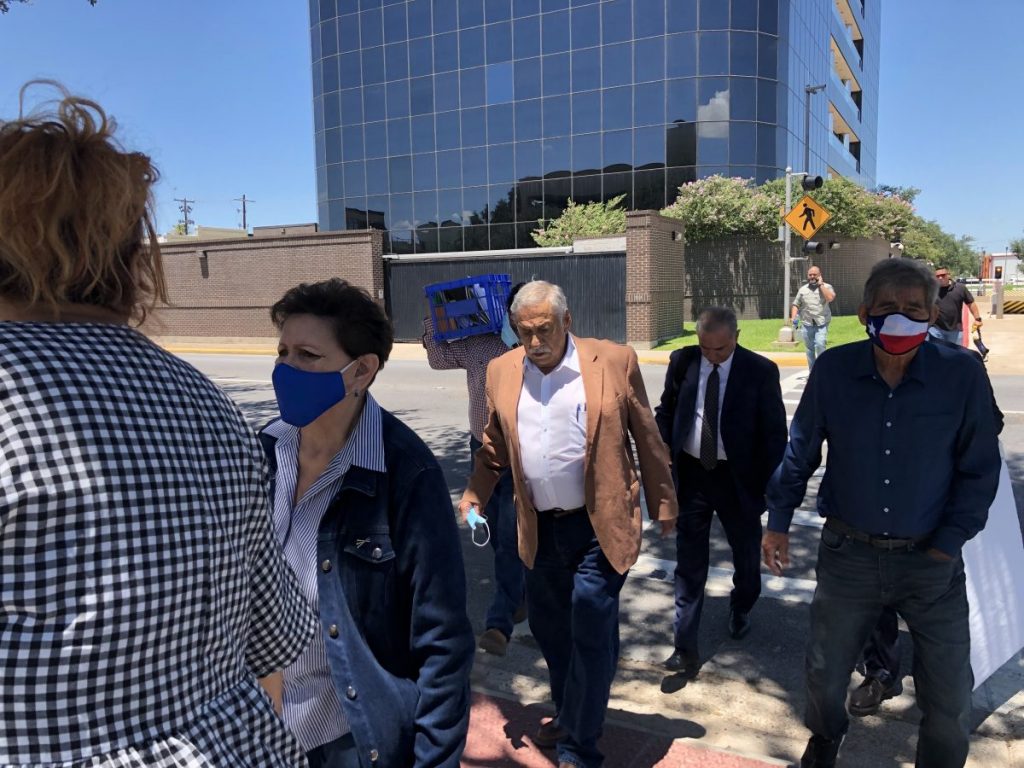 The last-minute decision to plead guilty means Fito Salinas, a two-term mayor and former school board trustee who dominated La Joya politics for nearly a decade, may spend the rest of his life in federal prison.

Fito Salinas confessed to participating in a scheme to award a public relations contract to Sylvia Garces Valdez, a local teacher who served on the La Joya Housing Authority board. Garces Valdez was a friend of the mayor’s daughter, Frances A. Salinas.

The contract included a big payday for Garces Valdez. In addition to $2,000 per month, La Joya agreed to pay her a $12,000 retainer, according to documents released under the Texas Public Information Act.

The contract was just a way for Frances Salinas to dodge conflict-of-interest rules, Assistant U.S. Attorney Sarina S. DiPiazza said Monday, when she read the factual basis for the plea.

Frances Salinas and Garces Valdez apparently cooked up the scheme together.

On Monday morning, when the jury left the courtroom, prosecutors tested the projector. They put up a series of Facebook messages between Frances Salinas and Garces Valdez.

Frances Salinas sent the first message to Garces Valdez on June 1, 2018: “I’m with my Dad. I have a proposition for you.”

DiPiazza said they agreed to split the money. Frances Salinas received about $11,000.

The FBI arrested Garces Valdez in August 2019. The San Antonio Police Department tracked down Frances Salinas in December 2019. And Fito Salinas was arrested in February 2020.

Along with the public relations contract, the FBI investigated schemes to steal money from the La Joya Housing Authority, convince the City Council to buy the mayor’s house for an exorbitant price and siphon money from a La Joya Economic Development Corp. project.

Fito Salinas agreed to plead guilty to wire fraud and pay restitution. Prosecutors agreed to recommend dismissal of the remaining charges against him.

“We’re going to notify the jurors that they’re no longer needed,” Crane said.

Asked if he wanted to comment, Fito Salinas politely declined.

“No sir. Not at this time,” Fito Salinas said. “Maybe later.”

Sentencing is scheduled for Sept. 28. Fito Salinas faces a maximum of 20 years in prison.