Two men bribed a U.S. Border Patrol agent to allow unauthorized migrants through the Falfurrias checkpoint, according to an indictment unsealed Wednesday.

Edwin Alejandro Castillo, 22, of Sullivan City and Jose Luis Duran, 25, of Mission paid the Border Patrol agent $2,000 on June 11, according to the indictment. Three days later, they participated in a conspiracy to move at least four unauthorized migrants through the Falfurrias checkpoint. 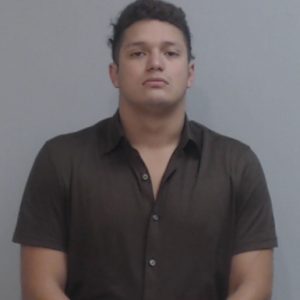 “There’s been a lot going on with the case, that’s a safe way to say it,” attorney Sergio J. Sanchez of Edinburg, who represents Castillo, said during a court hearing Thursday afternoon.

The indictment doesn’t identify the Border Patrol agent by name — just by the initials “M.O.”

Castillo and Duran “did directly and indirectly, corruptly give, offer, and promise a thing of value to a public official, with intent to induce a public official to do an act and omit to do an act in violation of his official duty, that is giving $2,000.00 in United States currency to M.O., a United States Border Patrol Agent, to allow vehicles containing illegal aliens through the Falfurrias Border Patrol Checkpoint,” according to the indictment.

A federal grand jury indicted Castillo and Duran in mid-July.

The indictment against Castillo and Duran remained sealed until Wednesday, when they self-surrendered. 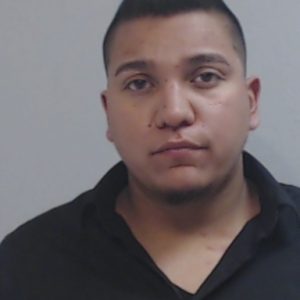 The case against Castillo and Duran is linked to another Border Patrol agent, Oberlin Cortez Peña Jr., who also worked at the Falfurrias checkpoint.

Peña is accused of providing information to drug traffickers during a sting operation planned by the U.S. Department of Homeland Security Office of Inspector General. He pleaded not guilty.

A spokesman for the Rio Grande Valley Sector declined to comment.

The connection between Castillo, Duran and Peña remains unclear. Peña and Castillo, though, both graduated from La Joya Independent School District high schools in 2017.

Two other people charged in the case pleaded guilty on Thursday morning.

They were arrested on June 14, when Border Patrol “received information from a federal law enforcement entity” that two motorists “were going to be attempting to smuggle aliens through the Falfurrias, Texas Border Patrol Checkpoint,” according to the criminal complaints against them.

The criminal complaints don’t identify the “federal law enforcement entity” or explain how the government obtained the information.

They’re scheduled for sentencing on Oct. 14.