Sharyland football determined to get back on track

There were numerous ways the 2020 high school football season was unique for the teams of the Big 7. The season started late. It never started for two schools. The late start prevented teams from playing a full schedule. Most of this is not news to those who faithfully follow the sport.

There was something that might have slipped past some fans however. Despite a winning record, the Sharyland High Rattlers found themselves at home when the 2020 post season got started; the first time in 12 years. 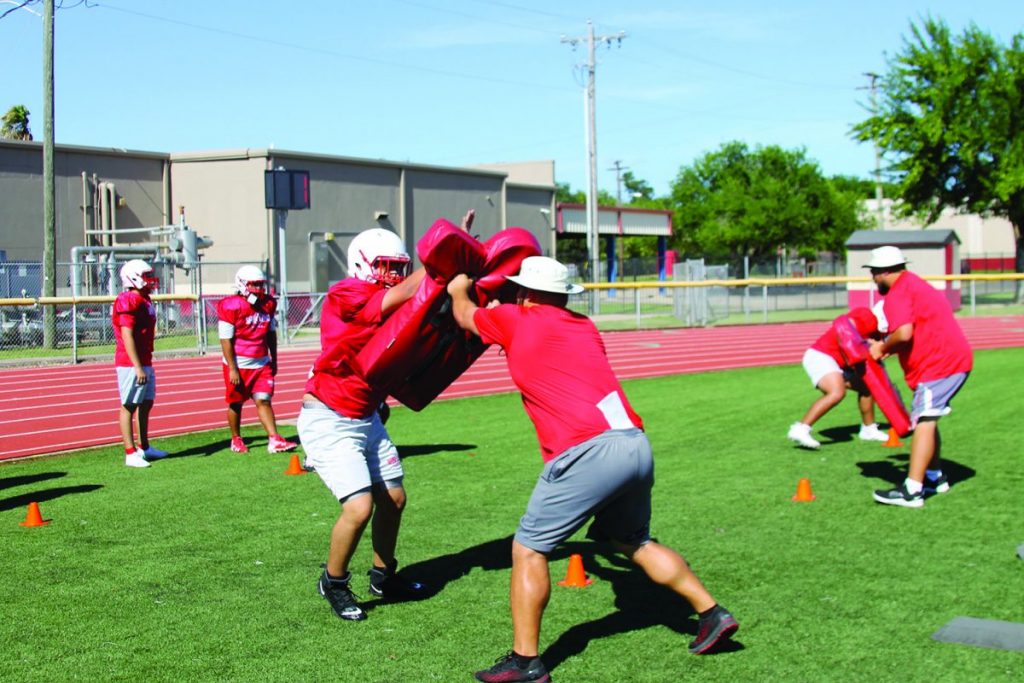 If first year head coach Craig Krell and the players I talked to earlier this week have their say, it won’t happen in 2021. They want to be the ones to start a new streak.

“I’ve just told the kids it’s left a bad taste in my mouth,” said Krell, when asked about how the 2020 season ended. Krell was promoted to the role of head coach after former coach Ron Adame was named the district’s athletic director last spring. He had previously served as the team’s defensive coordinator for seven seasons and was the Rattler’s first assistant in 2020.

The Rattler’s players are on the same page as their coach. Ricky Vasquez, a senior receiver, said that while what happened last season was in the past, the ending of the streak has not been forgotten. “It for sure is on our minds and it’s a chip on our shoulder; it’s that extra fire that we need to get us ready for this season.”

Classmate Luis Villarreal, expected to contribute from his position as a defensive end, is using last year for motivation as well. “That (not making the playoffs) hit me hard because I was close to some of the seniors and I put myself in their shoes and said “I don’t want that to happen to us next year.”

Both Vasquez and Villarreal feel that this year’s squad has the ability to get the streak going again, citing the fact that the team, made up mostly of upperclassmen, has a lot of experience playing together over the course of the past several seasons. “We’ve all known each other for a good amount of time,” said Vasquez. “Our chemistry is really built up.”

The team, however, returns only eight starters from last year; four each on offense and defense and have to fill key positions at quarterback, running back and linebacker that are open due to graduation. 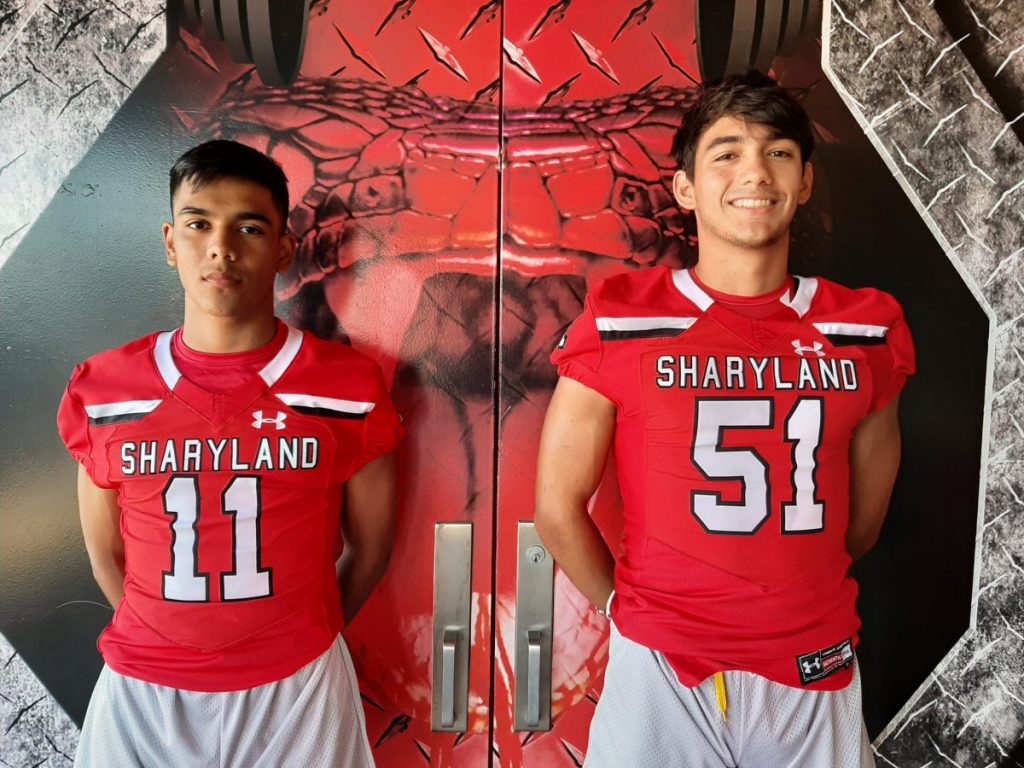 Krell has tabbed senior Orly Lopez for the quarterback spot and is planning on moving outside linebacker Javier Trevino to inside linebacker. He also feels good about his running backs. “We’ve got two fast, aggressive backs.”

The Rattlers also bring back twins Alan and Alek Gonzalez, who do a little bit of everything for the team. The two were defensive starters in the secondary last season but also were used on offensive and special teams. “The twins,” said Krell, “are going to be a very big part of our scheme offensively and defensively.” The Gonzalez’s, juniors, have logged playing time on the varsity level since their freshmen year along with classmate Kali Nguma, the team’s kicker.

Krell likes the overall balance of his team and the way they have come together. “I think we have a good mixture offensively and defensively coming back but I think the kids gelling together and buying into the program and working hard is probably the biggest strength that we have.” Krell says he expects this year’s team to be a bit more aggressive on the offensive side of things once games begin.

He went on to say that he hopes to get kids back into the program that may have been affected by the inability to field sub-varsity teams last year due to concerns over and precautions related to the coronavirus pandemic. “We’ve got some kids out there that we are trying to find and bring back into the program that I know can help out the program and there are kids we are just trying to find to make sure that they are part of a program. We can maybe do a little more for them than they can do for us in terms of becoming a better person and stuff like that.”

Regardless of whom ends up on the field the 2021 Rattlers have one, or should I say, several other obstacles to face once contests begin. Six of the team’s regular season opponents were playoff teams in 2020. All of them are scheduled within the first eight weeks of the season. 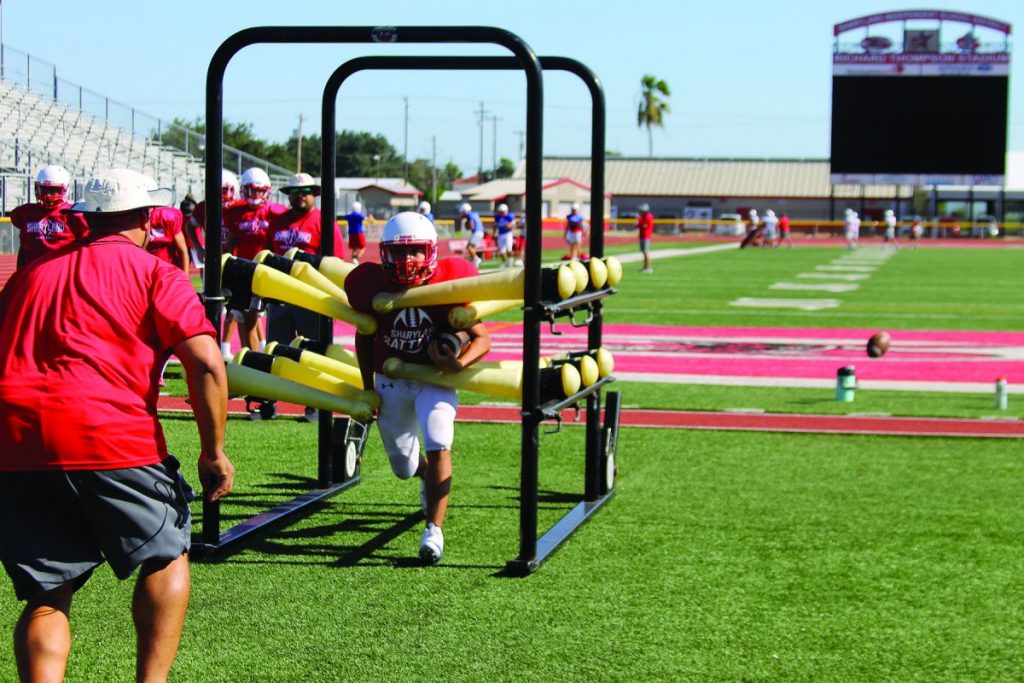 “To be successful in the playoffs,” said Krell, “we’ve got to play playoff teams. Looking at our schedule; the early part of our schedule, it’s going to be tough. But we want to see where we’re at and how we compare to great teams in the Valley. It’s going to be a grind; we’re up to the challenge. The kids have been working hard so it will be good to see.”

The Rattlers were scheduled for their first scrimmage last night against La Feria and have their second against Harlingen High (another 2020 playoff team) scheduled for next Thursday. The Rattlers open the regular season on Friday August 27 at home against Brownsville Pace and wrap up their non-district games with a trip to Brownsville on Saturday September 4 to play Hanna.

Sharyland opens District 16-5A Division II play on Friday September 10 at home against Edcouch-Elsa. Games with fellow Big 7 teams Mission Veterans and Sharyland Pioneer are on September 30 and October 15 respectively.

Despite the daunting nature of the schedule don’t expect this team to be caught looking ahead. “Our thing right now,” said Krell, “is just focusing on one game at a time and (to) make sure that we put ourselves in a position to get back in the playoffs.”