This article appeared in the Aug. 13 issue of the Progress Times.

The city of Alton welcomed a new fire chief Tuesday during a swearing-in ceremony at City Hall.

John J. Salinas — who previously worked in Alamo, San Juan and Palmview, where he became the assistant fire chief — took the top job in Alton on Tuesday night.

“One of the big things that set Chief Salinas apart, mayor and commission, was his humility and his drive toward servant leadership,” said City Manager Jeff Underwood. “Which is exactly what all the other department heads exemplify here.” 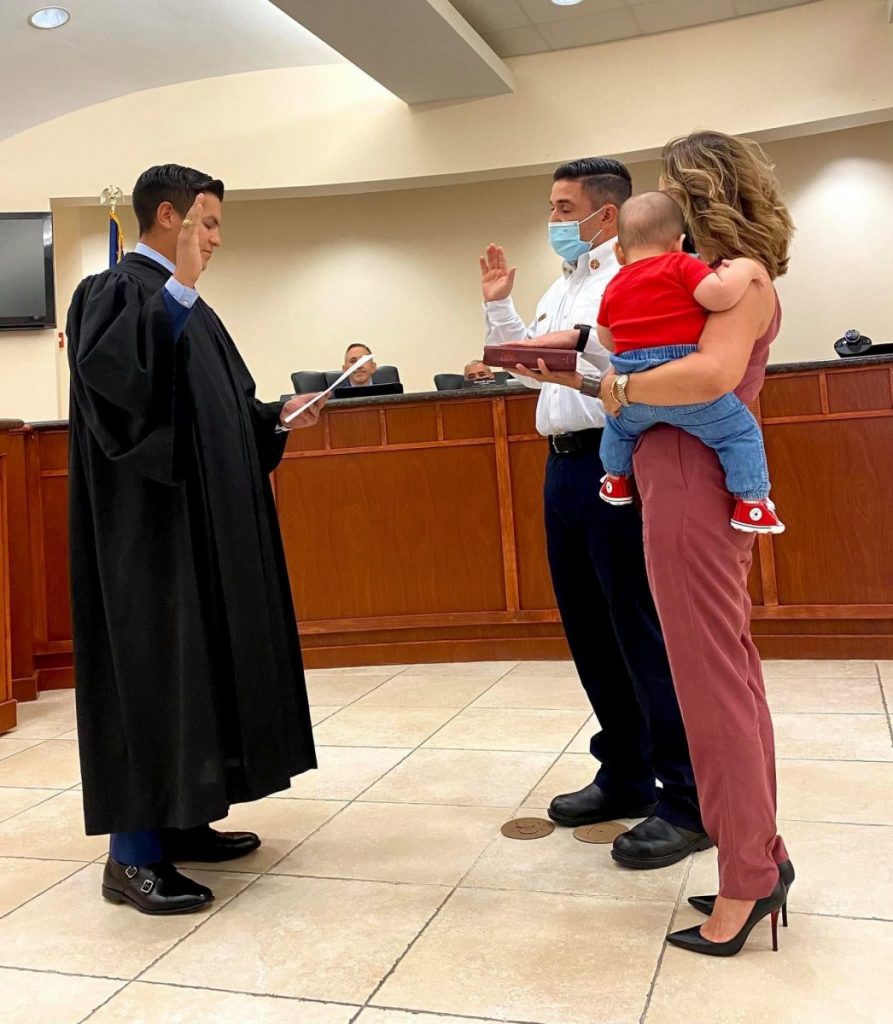 Salinas comes from a family of firefighters. One of his brothers works for the San Juan Fire Department. Another works in Bastrop.

“I grew up around it,” Salinas said. “Bled it. Breathed it.”

Salinas became a volunteer for the San Juan Fire Department in 2005. San Juan sent him to a fire academy, but the city had no open positions when Salinas graduated.

He worked in Alamo until a job became available in San Juan. Salinas spent more than 11 years with the San Juan Fire Department and worked his way through the ranks, eventually becoming a lieutenant.

In 2018, he left for a job in Palmview, which made him the assistant fire chief. Salinas said he had no complaints about Palmview and took the job in Alton to advance his career.

“Like the mayor said, when you walk in here, it’s a family,” Salinas said. “Not to say I wasn’t getting that in Palmview, but it was not a lateral transfer. It was a growth transfer.”

Firefighters and EMTs from neighboring cities, including McAllen and Palmview, attended the swearing-in ceremony for Salinas on Tuesday.

“Commissioners, thank you for this opportunity,” Salinas said. “Thank you for choosing me to be up here and to serve the city of Alton. And I promise you, I won’t let you down.”