A federal judge ruled Monday that a man accused of kidnapping and sexually assaulting a 13-year-old McAllen girl is competent to stand trial.

Brandon Galvez, 22, of Chalmette, Louisiana, met the girl on Snapchat during June 2020, according to McAllen Municipal Court records. Less than two weeks after they met, Galvez traveled to Texas — and sexually assaulted her.

His attorney, however, claimed Galvez suffered from a “mental disorder” and wasn’t competent to stand trial. Prosecutors disagreed.

“I do find, based on all the evidence presented, that Mr. Galvez is competent,” Alvarez said. 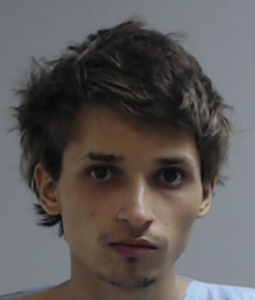 During an interview with McAllen police detectives, the girl described how she met Galvez.

Detectives assigned her the pseudonym “Anna” to prevent her real name from appearing in court records.

“Anna stated she met Brandon via social media application Snapchat when Brandon sent her a friend request,” according to the criminal complaint against Galvez, which summarized the McAllen Police Department investigation. “Anna stated that upon accepting Brandon’s friend request Brandon immediately asked her if she wanted to be his girlfriend.”

Brandon told Anna he was 17 years old, according to the criminal complaint. Anna agreed to become his girlfriend.

“Anna stated she coordinated with Brandon to have Brandon pick her up at her residence,” according to the criminal complaint. “The two agreed they would be traveling to Mexico to live with Brandon’s family.”

Galvez paid a friend, Jose Antonio Ramos-Serrano, to drive him to McAllen.

“Jose stated Brandon told him prior to the trip that Anna was twenty-one years old and she was running away from home,” according to the criminal complaint.

Instead of driving to Mexico, however, they headed back to Louisiana. Border Patrol stopped them at the Falfurrias checkpoint.

“Brandon and Anna were observed to have large amounts of blood on their clothing and person,” according to the criminal complaint. “During questioning Brandon claimed he was seventeen years old and stated the blood on his clothing was Anna’s.”

When they asked her about the blood, Anna told Border Patrol agents she had sex with Brandon, according to the criminal complaint.

The U.S. Attorney’s Office for the Southern District of Texas accepted the case in November 2020.

A federal grand jury indicted Galvez on charges of kidnapping, coercion and enticement of a minor and conspiracy to transport a minor with intent to engage in a criminal sexual act.

The government sent Galvez to a psychologist, but the competency examination was inconclusive. That left the decision to Alvarez, the federal judge.

“We deal with a range of function with many defendants,” Alvarez said. “Some defendants take a little more time and effort to comprehend the charges.”

While he may not be on the “high end” of the intelligence range, Galvez doesn’t suffer from a mental disease or defect that makes him incompetent to stand trial, Alvarez said.

Alvarez sealed the evidentiary portion of the hearing but made her decision in open court.

“I believe that Mr. Galvez has the ability to assist in his own defense,” Alvarez said.

After concluding that Galvez was competent to stand trial, Alvarez scheduled him for arraignment on Wednesday.

Hacker asked Galvez if he understood the charges.

Hacker asked if Galvez wanted to meet with his attorney. Galvez said no.

“Well, do you believe that you have an understanding of what you’re being accused of?” Hacker said.

Hacker paused the hearing and directed Galvez to meet with his attorney. When they resumed the hearing, Galvez said he understood.

If convicted on the kidnapping charge, Galvez faces a minimum of 20 years in federal prison.