Former Mayor Jose A. “Fito” Salinas and the City Council hired Bazan in 2019. Her two-year employment contract expired in July.

“Two years have come and gone,” said Mayor Isidro Casanova, who replaced Fito Salinas in December 2019. “Opportunities were given. And I think it’s time the city moves on in a new direction.”

While the City Council didn’t explain the decision on Tuesday afternoon, Bazan said that La Joya probably terminated her for political reasons. 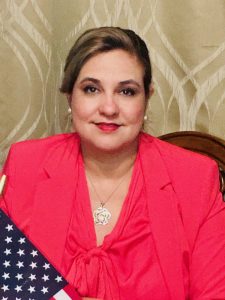 After she passed the bar exam, Bazan and her brother, Kennedy, opened a law office in Rio Grande City.

They represented the city of Rio Grande City, among other clients. Bazan also became a municipal judge in Alton.

Her legal career, however, suffered a series of setbacks.

The State Bar of Texas sanctioned Bazan seven times between 2008 and 2018. Bazan also lost her ability to practice in federal court.

During her suspension, Bazan accepted the city manager position in La Joya. She already had connections at City Hall.

Her brother had become the city attorney. And Fito Salinas had appointed her husband, Jorge, to the La Joya Housing Authority board.

Bazan had three new bosses, but she managed to navigate the political shift.

The political situation changed again during 2021, when Mary Salinas and City Councilman Rey Acosta decided not to run for re-election.

Hernandez backed one slate of candidates for the open seats. Casanova and Mendiola Macias backed another.

Hernandez and Mary Salinas refused to join them.

Under the Texas Open Meetings Act, the City Council is allowed to discuss personnel matters behind closed doors. That portion of the meeting, which the public isn’t allowed to attend, is called executive session.

The City Council, though, can’t vote behind closed doors. All decisions must be made in public.

Hernandez said the agenda suggested otherwise. Under “closed session,” the agenda read: “Discussion and action, if any, on the position of City Manager for the City of La Joya, Texas.”

Mendiola Macias said that she doubted Hernandez and Mary Salinas really had concerns about the agenda.

“I think they were just trying to prolong the situation,” Mendiola Macias said. “But it is what it is.”

Hernandez asked if they could explain what, exactly, Jackson had recommended.

“No,” Jackson said. “That’s why we have the executive session.”

Casanova, Mendiola Macias and Acosta backed the motion, which passed 3-2.

The city released a statement about the decision on Wednesday.

“By a majority vote of the city council, the City of La Joya has decided to part ways with its current city manager, Mrs. Jacquline Bazan,” according to the statement. “The City of La Joya wishes to express its thanks to Mrs. Bazan for the services she rendered these past three years and wishes her the best of luck in all her future endeavors.”