Amid concern about a letter Mayor Armando “Doc” O’caña sent to his counterpart in Mazatlan, Mexico, the Mission City Council voted Monday to create a formal system for official communication.

“Essentially, what that means is: That if the mayor or the council is going to use any letterheads or sign any contracts, it has to be reviewed by myself or the city manager,” Martinez said. “Or at least make us aware of it.”

Martinez said he couldn’t discuss why the City Council asked him to create a protocol for official communication because the conversation happened during executive session — a part of the City Council meeting that isn’t public.

O’caña said Mazatlan contacted him after the United States government promised to send millions of doses of the COVID-19 vaccine to Mexico. Mazatlan wanted 500,000. 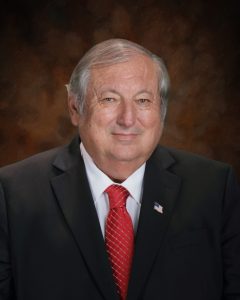 Mission and Mazatlan are sister cities, O’caña said, and he wrote a letter of support.

The letter, O’caña said, didn’t make any promises or commitments on behalf of Mission.

O’caña addressed the letter to Benitez Torres, the mayor of Mazatlan, and copied Quirino Ordaz Coppel, the governor of Sinaloa.

“I don’t see any controversy in it,” O’caña said.

Aside from the one-page letter, which is dated Aug. 13, O’caña said he hadn’t signed or sent any other letters to Mazatlan.

City Councilman Ruben Plata, however, said O’caña had sent more than one letter to Mazatlan. Plata also said he reviewed a contract purportedly signed by O’caña.

“I don’t know what he was thinking,” Plata said.

The mayor can’t make commitments that affect Mission without consulting the City Council, Plata said, adding that members of the City Council never approved the letters or the contract.

Asked if he signed a contract, O’caña wouldn’t say.

“And then, last week, we got word that this letter had been sent to Mazatlan,” Gonzalez Garza said.

Concern about the letter wasn’t limited to Mission.

“My understanding is we got a call from Washington, D.C.,” Gonzalez Garza said. “I’m not sure which department. It raised some red flags over there.”

Gonzalez Garza said she wanted Mission to create a process for official communication that would keep everyone informed.

“My thought was: Anything that goes out with a city letterhead needs to be reviewed or OKed by the city manager or legal,” Gonzalez Garza said. “Because we can’t just act on our own.”