Prosecutors dropped a federal bribery charge against a public relations consultant Thursday after she pleaded guilty to a misdemeanor in state court.

The U.S. Attorney’s Office for the Southern District of Texas dropped a bribery charge against Sylvia Garces Valdez, 40, of La Joya after she pleaded guilty to improper influence, a Class A misdemeanor, in state court.

“She looks forward to putting this behind her,” said attorney Carlos A. Garcia of Mission, who represented Garces Valdez in both cases. “And getting back to being the mother and educator that she always has been.” 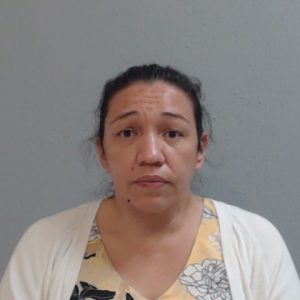 The mayor appointed Garces Valdez to the La Joya Housing Authority board. She also became a public relations consultant for the city.

The FBI arrested Garces Valdez in August 2019. The charge against her, bribery, carried a maximum sentence of 10 years in prison.

Garces Valdez, though, had been cooperating with the government since before her arrest.

“Our negotiations were always to try to get some resolution short of a felony conviction,” Garcia said. “And this was the most appropriate landing spot for Sylvia in this case.”

After she pleaded guilty, a federal prosecutor filed a motion to dismiss the bribery charge.