The Sharyland High Rattlers (4-2, 3-1) host the Sharyland Pioneer Diamondbacks (4-2, 3-1) at Richard Thompson Stadium tonight on the campus of Sharyland High School in Mission in the 8th edition of the Snakeskin Classic. Whether or not the game actually turns into a classic is yet to be determined, but all of the makings for one are in place.

First of all you have the two programs. The Rattlers have a long history of excellence and the Diamondbacks, with their long postseason runs the last two seasons, are building one. One can’t help but think that the Rattlers are just itching to grab the spotlight again after playing second-fiddle to their sister school to the north recently. Pioneer has won the last two meetings. The Rattlers lead the overall series 4-3.

The last three Classics are evidence of just the type of game one would expect to see when two teams, both used to playing in the postseason and in a battle for getting there this season, square off. 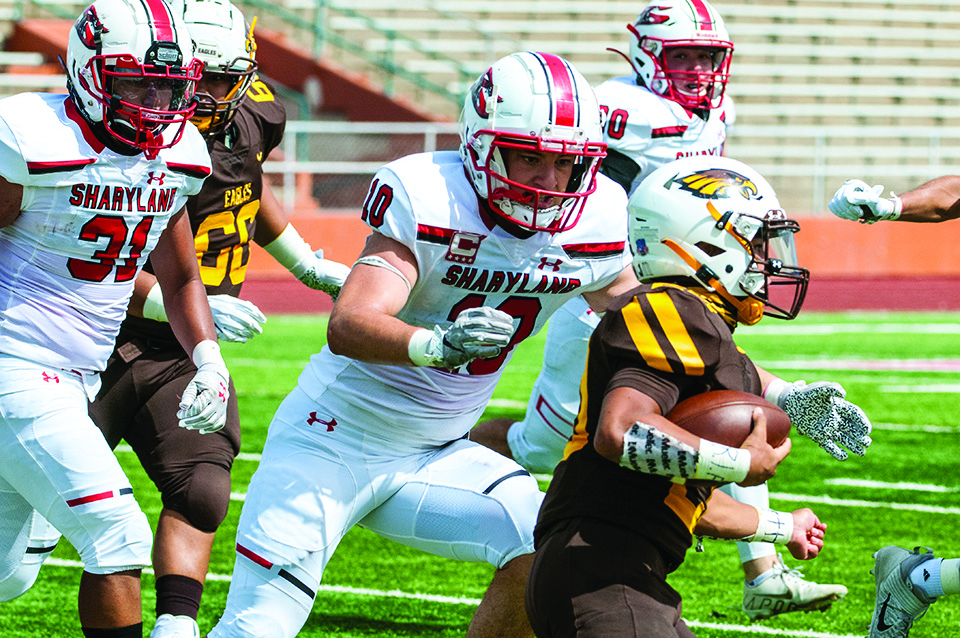 The Sharyland Rattlers will be hosting the Pioneer Diamondbacks tonight at Richard Thompson Stadium in the 8th annual Snakeskin Classic. Progress Times photo by Luciano Guerra.

The 2019 Classic, won by Pioneer 63-28, was an early back and forth affair, tied at 14 apiece before the Diamondbacks took control.

Last year was another full game nail biter, won by the Diamondbacks 54-41. It was tied at the half and a three point game going into the final quarter. Trailing by seven with less than a minute to play, the Rattlers forced a turnover to get one last shot before a defensive score by the Diamondbacks ended it.

Which brings us to tonight. Both teams come in with one district loss and are sitting in a three way tie for second in the District 16-5A Div. II standings behind Mission Veterans. Mercedes is the district’s other one loss team. Three teams (Edcouch-Elsa, PSJA Memorial, Roma) sit behind that group with three losses each.

While the current standings are encouraging for both Sharyland and Pioneer, with three games left for both teams after tonight there is still the potential for danger; more so for whomever comes up on the short end of the score tonight.

There is also the matter of one’s opponents after tonight. Based on the current standings in the district, the Rattlers have the easier path. After tonight, they will have finished play against the other top teams previously mentioned for their involvement in the district race, finishing the season with games against two of the three loss teams (PSJA Memorial, Roma) along with a winless team (Valley View) in between. 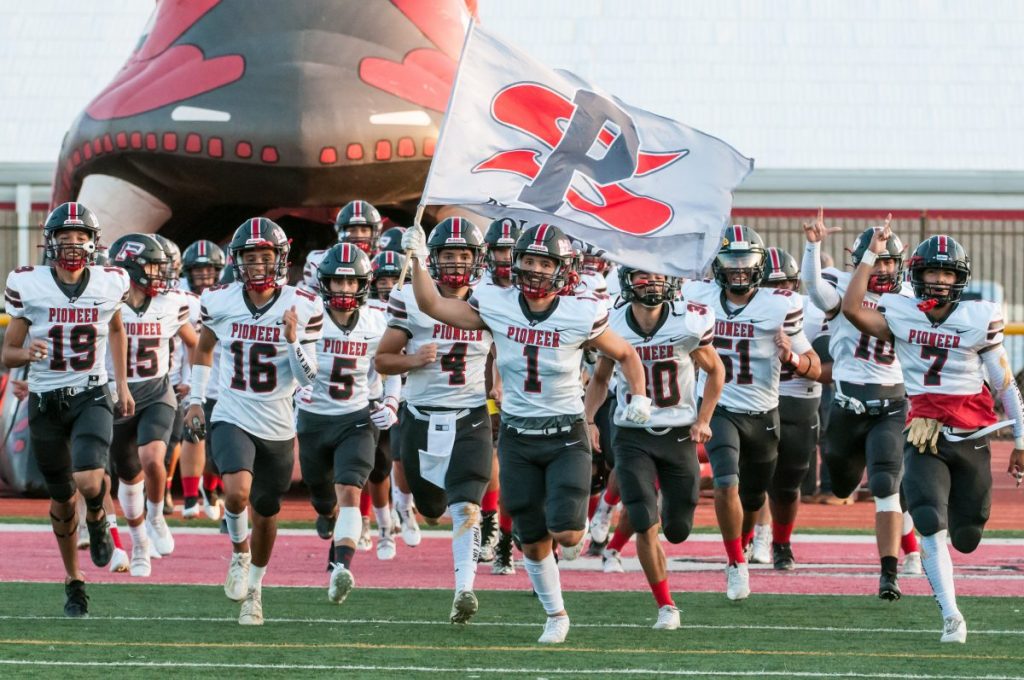 The Pioneer Diamondbacks will be taking on the Sharyland Rattlers tonight at Richard Thompson Stadium in the 8th annual Snakeskin Classic. Progress Times photo by Luciano Guerra.

After tonight, Pioneer is pitted against the district’s other winless team (PSJA Southwest) before closing out the regular season against two of the district’s more formidable foes (Mission Veterans and Mercedes).

So what’s going to be the deciding factor tonight? Could it be the momentum the Rattlers have after their 28-21 victory over Mercedes last week that knocked the Tigers from the ranks of the unbeaten, or maybe the motivation from Pioneer to prove that their 42-21 loss to Edcouch last week was just a hiccup instead of something more serious? Will there be a letdown for the Rattlers after such a big win? Will the loss to the Yellowjackets light a fire under the Diamondbacks?

Both teams, under the direction of first year head coaches, have already responded well to the challenges they faced coming into the 2021 season. Their overall records and current place in the district standings prove that. The Rattlers, after failing to make the postseason last season for the first time in 12 years, are back in the picture. The Diamondbacks have dealt admirably with the loss of over 40 seniors after last season.

Only one team, however, can meet the challenge they are faced with tonight.

Rattlers head coach Craig Krell said the preparation for tonight’s game began last Saturday. “We tell our kids that once we get done watching that film on Saturday (of the previous night’s game) that that game is over. You come back to school and people a lot of times are going to say “Congratulations” and stuff like that. I just tell them to say “Thank you” and move on. We can’t linger on that game. This game is just as important as any and, if not; maybe a little bit more important.”

Krell went on to talk about the importance of limiting both turnovers and penalties as two keys to coming out with a victory tonight. “We feel that if we can do that we have a good chance of beating a lot of people.” 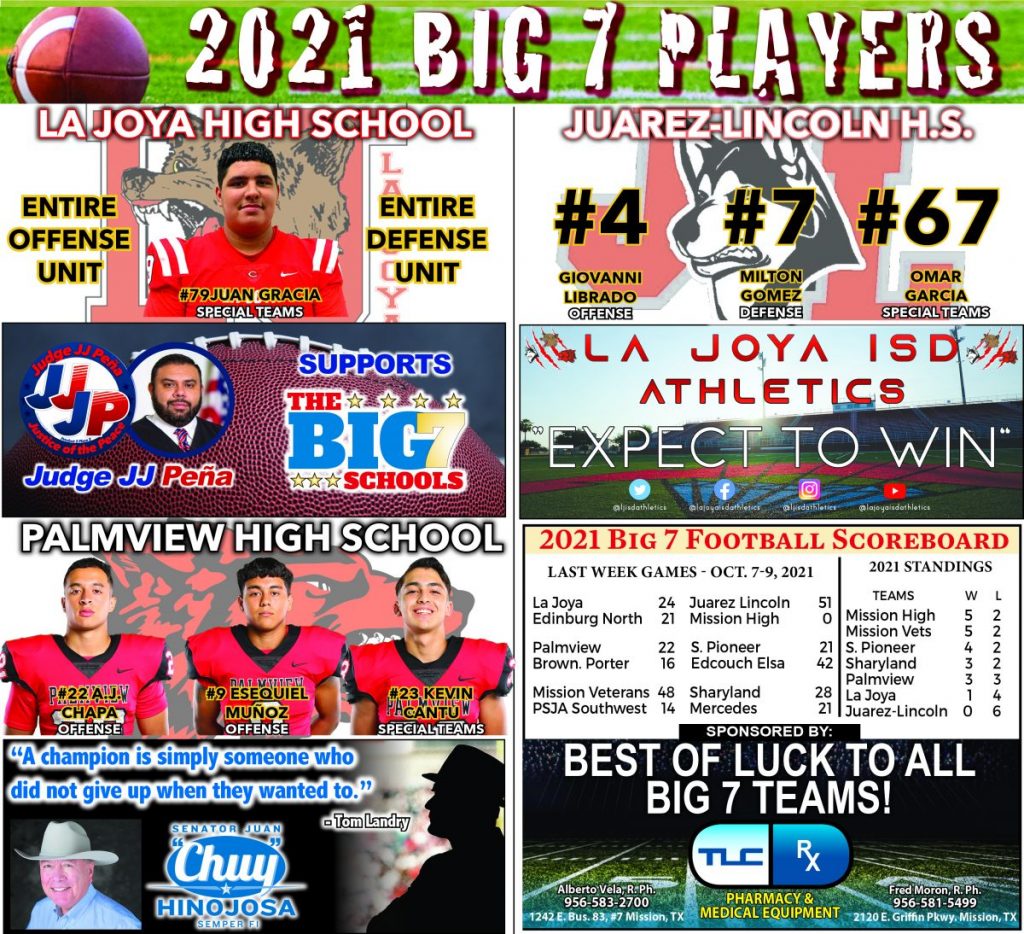 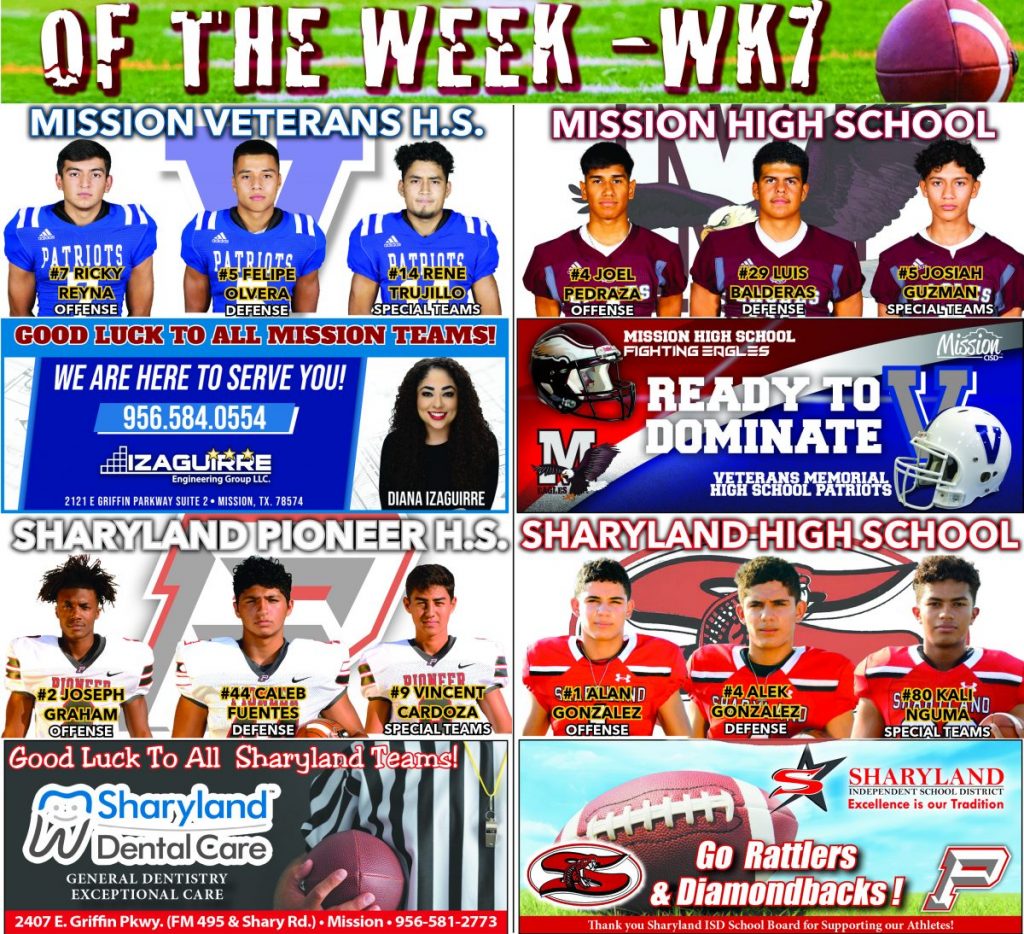 Krell also expressed concern about the offensive skill people the Diamondbacks put on the field, especially Joseph Graham. Krell described Graham as the person that makes the Pioneer offense go. “That’s a kid we’ve got to try and slow down.”

Pioneer head coach Eddie Galindo said the final score of last week’s loss to Edcouch was not truly indicative of how his team played. The Diamondbacks trailed by seven in the fourth quarter but gave up a score on a special teams miscue after forcing a Yellowjackets punt.

Galindo spoke about the challenges of having a young team but feels he is getting everything he can out of his players. “I couldn’t ask for anything else but for them to keep grinding and keep competing and staying true to the process.”

Galindo also talked about the Rattlers skill players, specifically Alan and Alek Gonzalez; two-way players that have made big plays this season on both sides of the ball.

Kickoff for tonight’s contest is scheduled for 7:30 pm.