This article appeared in the Oct. 15 issue of the Progress Times.

The Alton Fire Department celebrated Sparky’s 70th birthday this past Saturday during Fire Prevention Week, October 3-9, 2021, and hosted a drive-thru for community members to join in on the awareness.

The drive-thru event, which went through extensive planning for 3-weeks, was something the ensemble of the fire department looked forward to doing. 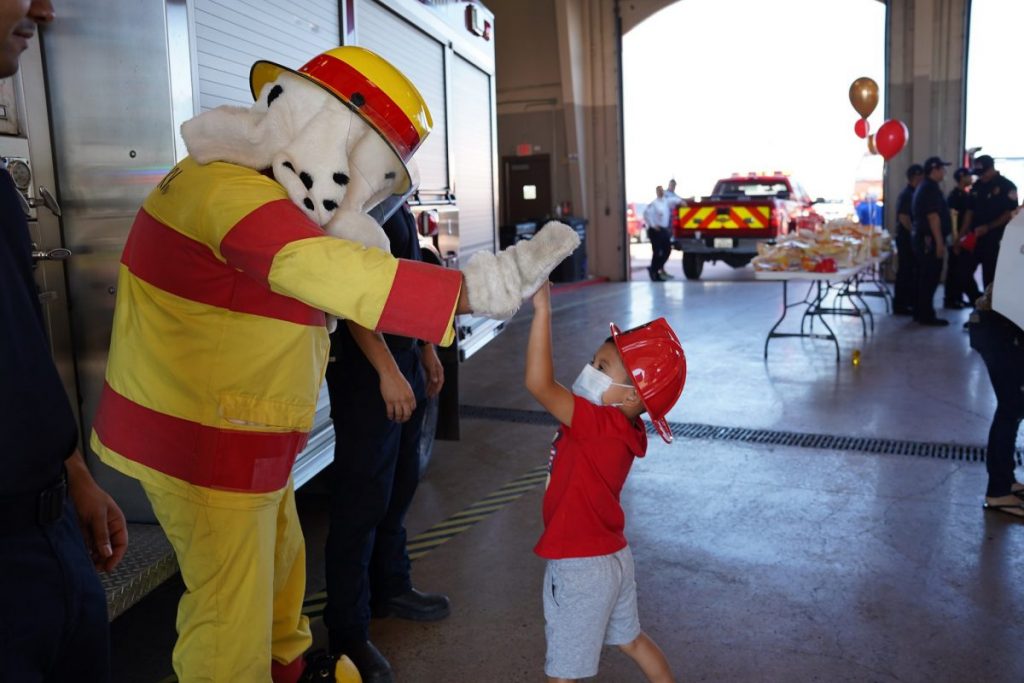 Cars, some decorated with balloons, streamers, and ‘Happy Birthday’ banners, got goodie bags. The goodie bags, assembled by the fire department weeks before the event, were filled with snacks, toy fire trucks, pencils, and booklets on fire safety.

“We’re used to going out to schools as far as doing fire prevention in person,” said Fire Chief Salinas, who said that the drive-thru idea was a way to celebrate.

Children got their ‘junior firefighter’ hats to be part of the team for the morning and even got a chance to take photos in the fire engine with Sparky and Alton firefighters.

The Alton Fire Department also worked with local school districts to share an interactive site that listed fire preventative measures, such as a fire escape plan and maps of how to escape through home exits. It even had an interactive game where kids could dress up Sparky. 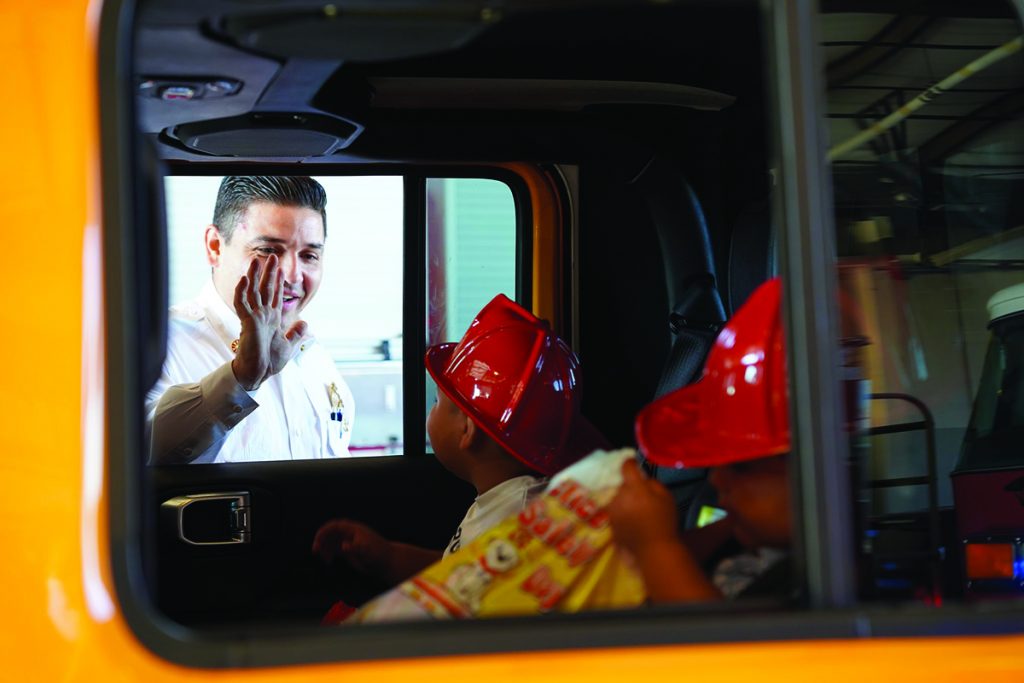 “We did have a really good turnout,” said Salinas.

Despite Fire Prevention Week now over, the Alton Police Department continues on its mission to educate its community on fire safety, mainly through social media.

“We’ll put up pictures of fires that we go to on Facebook,” said Salinas, who said that the approach is to help inform the community. “We use social media and platforms. We use engaging as much as we can, person to person,” said Salinas.

“Alton is here to provide the best of service to our community, and hope that everybody continues to keep aware, stay aware, and stay knowledgeable as far as fire safety,” Salinas said. He did not limit the mention of help to Alton alone but extended it to Precinct 3 and Hidalgo County.