This article appeared in the Oct. 22 issue of the Progress Times.

Agua SUD, which provides water and sewer service to about 16,500 customers in western Hidalgo County, is governed by a seven-member board of directors.

Voters elected Arriaga to represent District 6 — a sprawling, L-shaped district anchored by La Joya — in May 2018.

Arriaga, though, hadn’t attended a board meeting since January, when he resigned from the Peñitas Police Department to attend the Texas Department of Public Safety academy in Austin.

“During my time as Director, I have been proud of the efforts we have made together to lead Agua SUD into a positive, service-oriented direction,” Arriaga wrote in his resignation letter, which is dated Oct. 11. “We increased our outreach, education, and communication efforts with our customers and the public, and we expanded our service area to some of the most vulnerable areas in need of safe and sanitary wastewater service, among other notable accomplishments.”

After he graduated from the academy, the Department of Public Safety assigned Arriaga to Hebbronville.

“I look forward to this new chapter of my life as I continue to enhance my professional and career pursuits,” Arriaga wrote. “As such, please accept this letter as my official resignation from the Agua SUD Board of Directors. Again, it has been a pleasure to serve on the Board with each of you. I wish you, the District, and its customers the best on all future endeavors.”

The board appointed Perez to replace him.

During the past two decades, Perez served on the Hidalgo County Regional Mobility Authority board, the Peñitas Tax Increment Reinvestment Zone board and the La Joya Economic Development Corp. board.

“He’s very knowledgeable on the financial side,” said Angie Garza, who served with Perez on the La Joya EDC board.

In 2007, when state lawmakers created Agua SUD, the utility district needed an inaugural board.

“When I served with him, he was always a good board member,” Longoria said. “Very pragmatic, from what I recall.”

La Joya City Councilman Roger Hernandez, who served on the utility board, said Perez would be a great fit.

“He’s a good man. Very educated,” Hernandez said. “He knows a lot about business, development and all that.”

Perez said he’ll serve the remainder of Arriaga’s four-year term, but he will not run for re-election in November 2022.

“I just want to get things done,” Perez said. 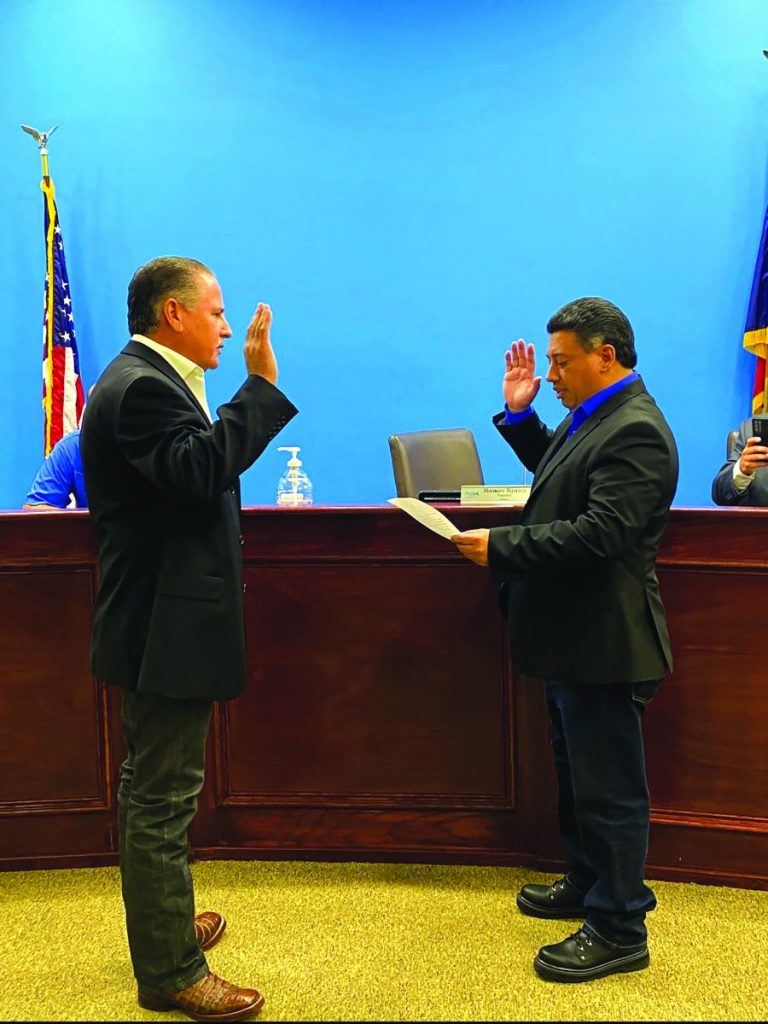 “Developers are moving 100 miles per hour,” Perez said. “They’ve got their own agenda. They don’t want to wait a year or two or three. They want to do it now.”

By coordinating with cities, Perez said Agua SUD can guide that growth and prevent unnecessary delays.

“There’s a lot of subdivisions in the pipeline that developers are doing,” Perez said. “We’ve got to be ready for those.”

In addition to his financial background, Perez is familiar with the history of the Palmview sewer project, Tijerina said, and other infrastructure projects.

“I think with him on the board, that will help us all out,” Tijerina said.